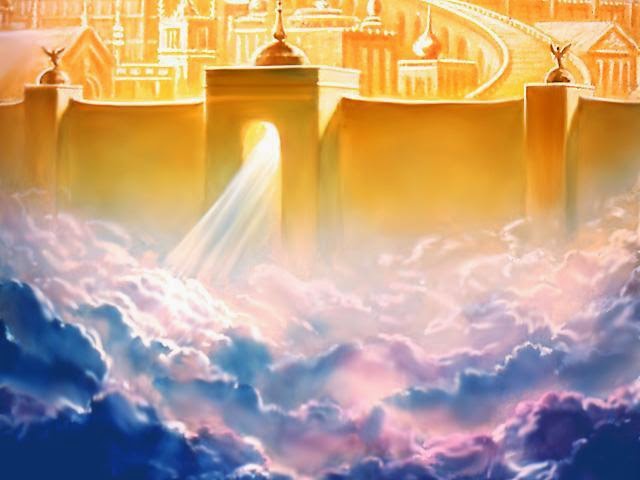 When man dies, does think he goes right to Heaven, or does he go into a soul sleep until the final resurrection, then goes to Heaven?

I think The Bible is clear that when Christians die, they go to Heaven as a pure soul/spirit/ghost before the They are resurrected. Some scriptural examples show this is true. For one, Jesus said to the man on the cross next to Him “TODAY you shall be with me in paradise”. But Jesus’ resurrected 3 days later and the thief STILL hasn’t been raised. (Luke 23:43) Clearly both Jesus and the thief went to Heaven as pure souls prior to their resurrections.

I have heard it argued that Jesus was saying, “I tell you today, you shall be with me in paradise.” Rather than “I tell you, today you shall be with me in paradise.” What a difference a comma can make! Yet Greek does not even have commas. What do we make of this objection? This, to me, seems like a weird interpretation of the Luke 23 verse. Of course Jesus was telling him on that day. What other day could He be telling the man?  It seems like if you take that interpretation, then Jesus is making a rather odd and completely obvious statement. Jesus says “I tell you today….” to which the thief would probably be thinking “Well, of course, Jesus! What other day are you telling me this? Are you telling me tomorrow? Are you telling me this yesterday?” And then you have the occurrence of an un-resurrected Moses appearing with Elijah and Jesus at the transfiguration. In 1 Samuel:28:7-25, the ghost of the Prophet Samuel appeared to King Saul. Although this might be more scriptural evidence for substance dualism than it is for an intermediate afterlife prior to the resurrection. But still, one has to wonder where Samuel’s ghost went to after it left the body? It didn’t wander the earth like you often times hear of in many ghost stories, did it? Or was Samuel’s soul trapped inside his buried corpse in a soul sleep state? It seems more plausible that he went to Heaven. The souls of the martyred witnesses in the book of Revelation cry out from under the alter (chapter 6). If I’m not mistaken, this takes place before the resurrection.And then there’s this passage from Paul’s second letter to the Corinthians. “Yes, we are fully confident, and we would rather be away from these earthly bodies, for then we will be at home with the Lord.” – 2 Corinthians 5:8

As Walter Martin put it ” . . . the Scriptures teach that to be “absent from the body is the present [or “at home”—Greek] with the Lord” (2 Corinthians 5:8), and I for one do not see how any careful student of Greek today can read the first chapter of Paul’s epistle to the Philippians, especially verses 21 to 23, and not come to understand that the apostle clearly meant with his choice of words that it was far better for him “to depart and be with Christ” than to remain there in the flesh, although it was needful for the Philippian Christians.In that context the inspired apostle indisputably maintained that “to live is Christ and to die is gain.” If man, as an entity, be unconscious until the resurrection, it certainly is not gain. Again, in 2 Corinthians 5:8 and that context where, although Paul states he would not desire to be “naked,” that is “unclothed,” until the resurrection, nevertheless, he definitely teaches that the soul will be conscious in the present of the Lord until the resurrection, and that at the resurrection the soul will be clothed with an immortal body (1 Corinthians 15), the very image of the resurrection body of our Lord Jesus Christ. “

Q&A: What About Past Life Regressions That Can Be Verified?