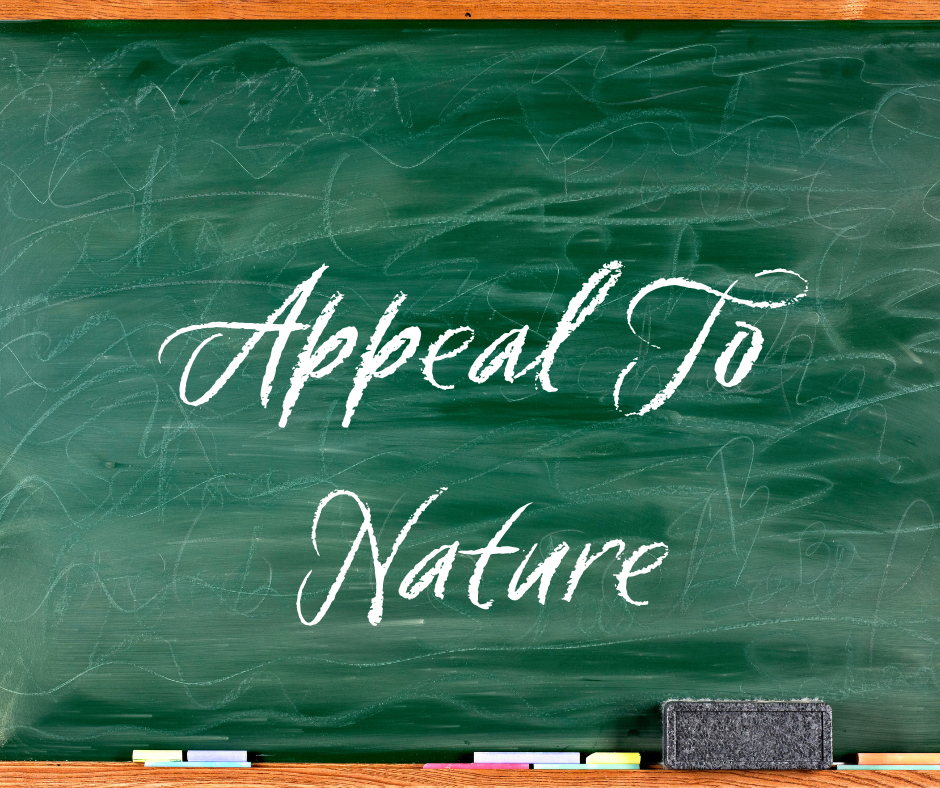 This is part 14 of a series I’m writing on logical fallacies. A logical fallacy is a mistake in reasoning. Just as someone
can stumble on occasions when walking, so one can stumble on occasions when thinking. Logical fallacies come in two forms; formal and informal.
Formal fallacies, as the name suggests, is when a fallacy is made in the form of an argument. A formal fallacy is committed when the syllogism doesn’t follow one of the rules of logic (e.g modus ponens, modus tollens, hypothetical syllogism, disjunctive syllogism, etc.) and as a result of not obeying the rules of logic, the conclusion cannot be inferred even if the premises of the syllogism are all true.

In part 1 of this series, I gave an example of what a formally fallacious argument looks like. However, we won’t be examining any formal fallacies until later. For the first several posts in this series, I’ll be talking about what informal arguments look like. Informal fallacies, as I explained in part 1, is when the content of argument is fallacious. Even if a syllogism is logically valid (i.e it doesn’t break any of the rules of logic) and even if all of the premises are true, you still can’t infer the conclusion. This is because of something within content of the argument itself.

So far in this series, we’ve taken a look at several fallacies. We’ve looked at The Ad Hominem Fallacy, the Fallacy Of Equivocation, The
Straw Man Fallacy, The Genetic Fallacy, The Red Herring Fallacy, Poisoning The Well, The Fallacy Of Composition, Argument From Silence,
The Anecdotal Fallacy, Begging The Question/Circular Reasoning, Post Hoc Ergo Propter Hoc, Loaded Question, and The Ad Hoc Fallacy.

The Appeal To Nature Fallacy

Examples Of The Appeal To Nature

This fallacy is committed by those pushing the gay agenda. The LGBT crowd will argue that there’s nothing wrong with homosexual behavior because certain species of animals do it. Certain species of dolphins and monkeys have been known to try to mate with another of their own gender. Because homosexuality occurs in the animal kingdom, therefore it must be perfectly natural. And if it’s perfectly natural, then it can’t be morally wrong for one man to have sex with another man.

The problem with this argument is that it commits the appeal to nature fallacy. If homosexuality were okay simply because certain species of animals do it, then we’d have to sanction all sorts of atrocious behavior. After all, some species devour their young. Other species kill their mate after having sex (e.g the preying mantis, the black widow spider). And most animals don’t wear clothes. So, on this reasoning, if “Homosexuality is okay because some animals do it” then “Killing your girlfriend after you have sex with her is okay because some animals do it” and “It’s okay to devour some of your children shortly after they’re born because some animals do it.” and “National nudism should be a thing because animals don’t wear clothes in the wild!” For that matter, forcible copulation often occurs in nature, so if something is morally okay simply because it occurs in nature, then we’d have to say that rape is okay! These conclusions are obviously absurd! I don’t know of anyone who would advocate murder-after-sex, or cannibalistic parents, or rape (though some people would advocate that public nudity should be legal, but not many).

Appealing to nature is a logical fallacy because if something is good merely because it occurs in nature, then we’d have to sanction all sorts of things, like the things I described above! Homosexuality, therefore, cannot be justified on the grounds that “it occurs in nature”.

Now, don’t misunderstand me here. I am NOT saying that homosexuality is just as bad as cannibalism, murder, or rape. What I’m saying is that the exact same reasoning used for the justification of homosexual behavior could be used to justify a lot of things that we all know are wrong.

Another Example: “Homosexuality Is wrong because it goes against nature.”

While some commit The Appeal To Nature Fallacy to justify homosexuality, others commit the fallacy when trying to argue against it. They’ll argue that homosexuality defies the natural order, that heterosexual relations are natural while homosexual ones are not. This is just as fallacious as the argument from the LGBT crowd I addressed above. I believe homosexuality is wrong, not because it goes against anything in the realm of nature, but because it goes against God’s design. God’s design for human sexuality was a married man and a married woman. Any sexual activity that isn’t between a married man and the woman whom he married is sinful in the sight of God.

“That is why a man leaves his father and mother and is united to his wife, and they become one flesh.” – Genesis 2:5

“Marriage should be honored by all, and the marriage bed kept pure, for God will judge the adulterer and all the sexually immoral.” – Hebrews 13:4

“For this reason God gave them up to dishonorable passions. For their women exchanged natural relations for those that are contrary to nature; and the men likewise gave up natural relations with women and were consumed with passion for one another, men committing shameless acts with men and receiving in themselves the due penalty for their error. And since they did not see fit to acknowledge God, God gave them up to a debased mind to do what ought not to be done.” – Romans 1:26-28

“Or do you not know that the unrighteous will not inherit the kingdom of God? Do not be deceived: neither the sexually immoral, nor idolaters, nor adulterers, nor men who practice homosexuality, nor thieves, nor the greedy, nor drunkards, nor revilers, nor swindlers will inherit the kingdom of God. And such were some of you. But you were washed, you were sanctified, you were justified in the name of the Lord Jesus Christ and by the Spirit of our God.” – 1 Corinthians 6:9-11

“We also know that the law is made not for the righteous but for lawbreakers and rebels, the ungodly and sinful, the unholy and irreligious, for those who kill their fathers or mothers, for murderers, for the sexually immoral, for those practicing homosexuality, for slave traders and liars and perjurers—and for whatever else is contrary to the sound doctrine.” – 1 Timothy 1:9-11

For more on this, see my blog post “Did Paul Commit The Appeal To Nature Fallacy?”