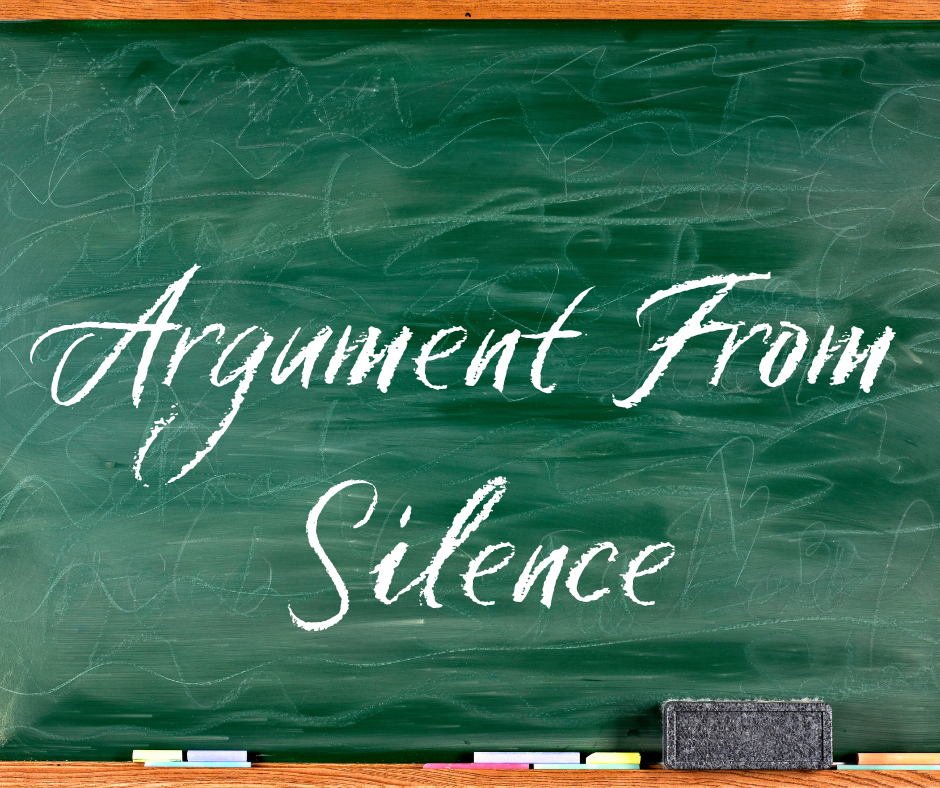 This is part 8 in a series on logical fallacies. A logical fallacy is a mistake in reasoning and argumentation. Fallacies come in two types; formal and informal. Formal fallacies are made with the form of an argument is invalid; that is to say, when it doesn’t follow any of the 9 rules of logic. Informal fallacies, by contrast, have to do with mistakes me inside the content of the argument itself. For example, an argument is logically fallacious if

And even though it’s logically valid (i.e this is a legitimate logical form of reasoning called Modus Ponens) and even though both premises may be true, it may be fallacious if, say, P means something different in premise 1 than it does in premise 2. If it is the case that P has one definition in the first premise, and a different definition in the second, then the argument has committed an informal fallacy called The Fallacy Of Equivocation and thus the conclusion, Q, does not follow. I talked about the Fallacy Of Equivocation in part 2 of this series.

The Argument From Silence Fallacy

Examples Of Arguments From Silence

Sadly, I find that many Christians commit this logical fallacy a lot, particularly when it comes to moral or theological convictions. For example, I’ve heard Christians diss The Sinner’s Prayer because there isn’t one recorded instance of it or a variation of it being used in The New Testament. They argue that since none of the apostles used The Sinner’s Prayer in their evangelism, then neither should we. This is clearly an argument from silence! The apostles didn’t use a lot of things that we use in evangelism today. They didn’t use Bible apps, they didn’t use automobiles to travel to church on Sundays, they never had websites or Facebook pages for their ministries, and although they did practice apologetics, they didn’t have some of the arguments that we have today (e.g The Kalam Cosmological Argument, or The Fine Tuning Argument). The apostles didn’t do a lot of things in their evangelistic efforts that we do in the 21st century, so if you’re going to argue that The Sinner’s Prayer should never be used on that basis, you would have to stop the use of all these other things as well, which is absurd.

Another Example: “Paul never talks about the virgin birth in any of his letters. It’s not even mentioned in the creed that he cites in 1 Corinthians 15. This is a strong indicator that he didn’t believe in it.”

I have heard this from several skeptics of the Christian faith. In fact, I think Bart Eherman mentions it in his book “How Jesus Became God”. The problem with this argument is because it commits the argument from silence fallacy. Yes, didn’t mention the virgin birth. He didn’t mention God creating life on day 5, or Jesus eating fish after he was raised from the dead, he didn’t mention that he believed the sky is blue either. That doesn’t mean he doesn’t believe these things. The reason Paul doesn’t mention the virgin birth is probably because it wasn’t relevant to the topics he was writing on. For example, in 1 Corinthians, one major concern (among other things) were people denying the resurrection [1]not Jesus’ resurrection, but that people will be raised from the dead in general. Paul pointed out that if the denied the resurrection, they were also unwittingly denying the resurrection of … Continue reading. In Galatians, the main topic was how the old Jewish ceremonial laws had been put away because the law had been fulfilled in Christ’s sinless life, and that one is putting themselves under an unnecessary burden if they try to follow all of those various rules and regulations.

I’m sure that had some of the churches questioned or denied the virginal birth of Jesus, Paul would have addressed it, but apparently it wasn’t. Paul’s letters mainly address concerns and theological questions that his converts had, or to rebuke them for practicing some type of sin.

Another Example: “Jesus was likely never buried in a tomb. One reason to believe that this is so is because Paul never mentions that Jesus was buried by Joseph.”

This was an argument that my opponent Nathan Reese made in our debate on Jesus’ Resurrection that took place on Richard Bushey’s YouTube channel a year ago (which you can watch either by going to his YouTube channel or by going to the “My Video Debates” section of this website). Those are not his words that I quoted above, that’s just the nutshell version of his argument. His argument that one reason to think Jesus wasn’t buried in a tomb by Joseph of Aramathea is because Paul never mentions it in his letters, and the early creed he cites in 1 Corinthians 15 doesn’t mention it either.

Supposedly this was supposed to be a legend that developed over time. The creed also doesn’t mention the empty tomb, or that it was visited by women. The problem with this argument is that it’s an argument from silence. Yeah, Paul doesn’t mention that Jesus was buried “by Joseph”. He also doesn’t mention the empty tomb (explicitly at least, though in my debate with Nathan Reese I argued that is implied by the phrase “and that He was buried, and that He was raised”). Guess what else Paul doesn’t mention? He doesn’t mention that Jesus was crucified “in Jerusalem by Pontius Pilate at the suggestion of the Sanhedrin on the eve of the Passover”. He says He died, but not by crucifixion, and not by Pontius Pilate, and not at the suggestion of the Sanhedrin, and not on the eve of the Passover. He only says “Christ died…” You see, the whole point of a creed is to be brief. Creeds are formulated for the purpose of having people easily memorize information. If the information a creed contained were exhaustive, it might become difficult for people to memorize.

Moreover, just because Paul doesn’t mention that Jesus was buried “by Joseph” doesn’t mean he doesn’t believe it. Besides, he does say that Jesus was buried, and that provides multiple attestation for the burial. We have the burial mentioned in the early resurrection creed and we also have it mentioned in the synoptic gospels and John’s gospel. Three Independent sources are unlikely to fabricate the same fiction, and therefore its likely to be historical.

Besides, I argued that we have very good reasons to believe that the creed dates back very early after the death of Jesus. Approximately 5 years after the fact! Highly unlikely that they would have forgotten that Jesus wasn’t really buried within that amount of time. Early attestation is one of the principles historians employ. The earlier a report is with respect to the event that the report is talking about, the more likely it is to be historical. And with oral tradition, there’s less time for distortion to take place. The fact that its so early also counts in favor of the factuality of what’s contained in the creed. For one reason, if Jesus was left hanging on the cross overnight, people who were there (e.g Mary, John, Joseph himself,) could have pointed out the falsehoods.

If you want to watch this debate between me and Nathan Reese, click on this link.