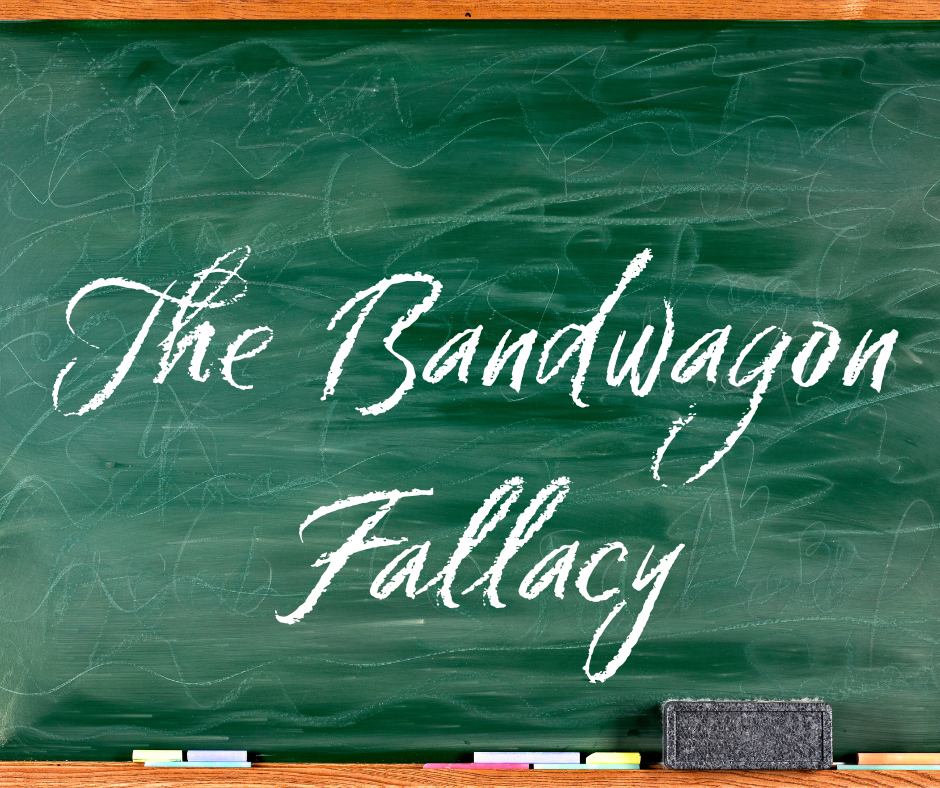 This is part 15 of a series I’m writing on logical fallacies. A logical fallacy is a mistake in reasoning. Just as someone can stumble
on occasions when walking, so one can stumble on occasions when thinking. Logical fallacies come in two forms; formal and informal.
Formal fallacies, as the name suggests, is when a fallacy is made in the form of an argument. A formal fallacy is committed when the syllogism doesn’t follow one of the rules of logic (e.g modus ponens, modus tollens, hypothetical syllogism, disjunctive syllogism, etc.) and as a result of not obeying the rules of logic, the conclusion cannot be inferred even if the premises of the syllogism are all true.

In part 1 of this series, I gave an example of what a formally fallacious argument looks like. However, we won’t be examining any formal fallacies until later. For the first several posts in this series, I’ll be talking about what informal arguments look like. Informal fallacies, as I explained in part 1, is when the content of argument is fallacious. Even if a syllogism is logically valid (i.e it doesn’t break any of the rules of logic) and even if all of the premises are true, you still can’t infer the conclusion. This is because of something within content of the argument itself.

So far in this series, we’ve taken a look at several fallacies. We’ve looked at The Ad Hominem Fallacy, the Fallacy Of Equivocation, The
Straw Man Fallacy, The Genetic Fallacy, The Red Herring Fallacy, Poisoning The Well, The Fallacy Of Composition, Argument From Silence,
The Anecdotal Fallacy, Begging The Question/Circular Reasoning, Post Hoc Ergo Propter Hoc, Loaded Question, The Ad Hoc Fallacy, and The Appeal To Nature Fallacy.

This logical fallacy goes by 2 different names; The Bandwagon Fallacy and The Ad Populum Fallacy. The Bandwagon Fallacy or Ad Populum Fallacy is committed whenever one argues for an idea based upon an irrelevant appeal to its popularity. When one commits this fallacy, they argue that because the majority believes it, it therefore must be true. They argue that if the majority believes that something is true, then it must be true. This is fallacious because the majority isn’t always right. As David Stevens wrote “A lie is a lie even if everyone believes it. The truth is the truth even if nobody believes it.”

To see the point, consider that the majority of people used to think that the sun revolved around the Earth.

Examples Of The Bandwagon Fallacy

Often times atheists will try to argue that evolution is true by appealing to how many scientists believe it. “The vast majority of scientists believe that evolution is true, so it must be true”. This is an example of The Bandwagon Fallacy. Just because the majority believes something, doesn’t necessarily mean that that thing is true. Again, most scientists used to believe the sun orbited the Earth instead of the other way around. Now, however, the majority of scientists believe that the Earth orbits the sun. Was geocentrism true hundreds of years ago, but not true anymore? Of course not. If geocentrism is false now, it was false back then. In fact, it was false billions of years ago, before anyone was studying the heavens. The truth of a position doesn’t hinge on how many people believe it. The majority was simply wrong back when they believed geocentrism. And I believe the majority is wrong today in believing evolution.

Moreover, by this logic, one would have to say that creationism was true hundreds of years ago but isn’t true anymore, because in the early days of science, most scientists were theists! However, someone hundreds of years ago arguing that creationism is true on the basis that the majority of scientists believed it, his reasoning would be just as fallacious as a modern day atheist arguing that Darwinism or atheism is true because the majority of scientists believe it. Truth is not a matter of vote!