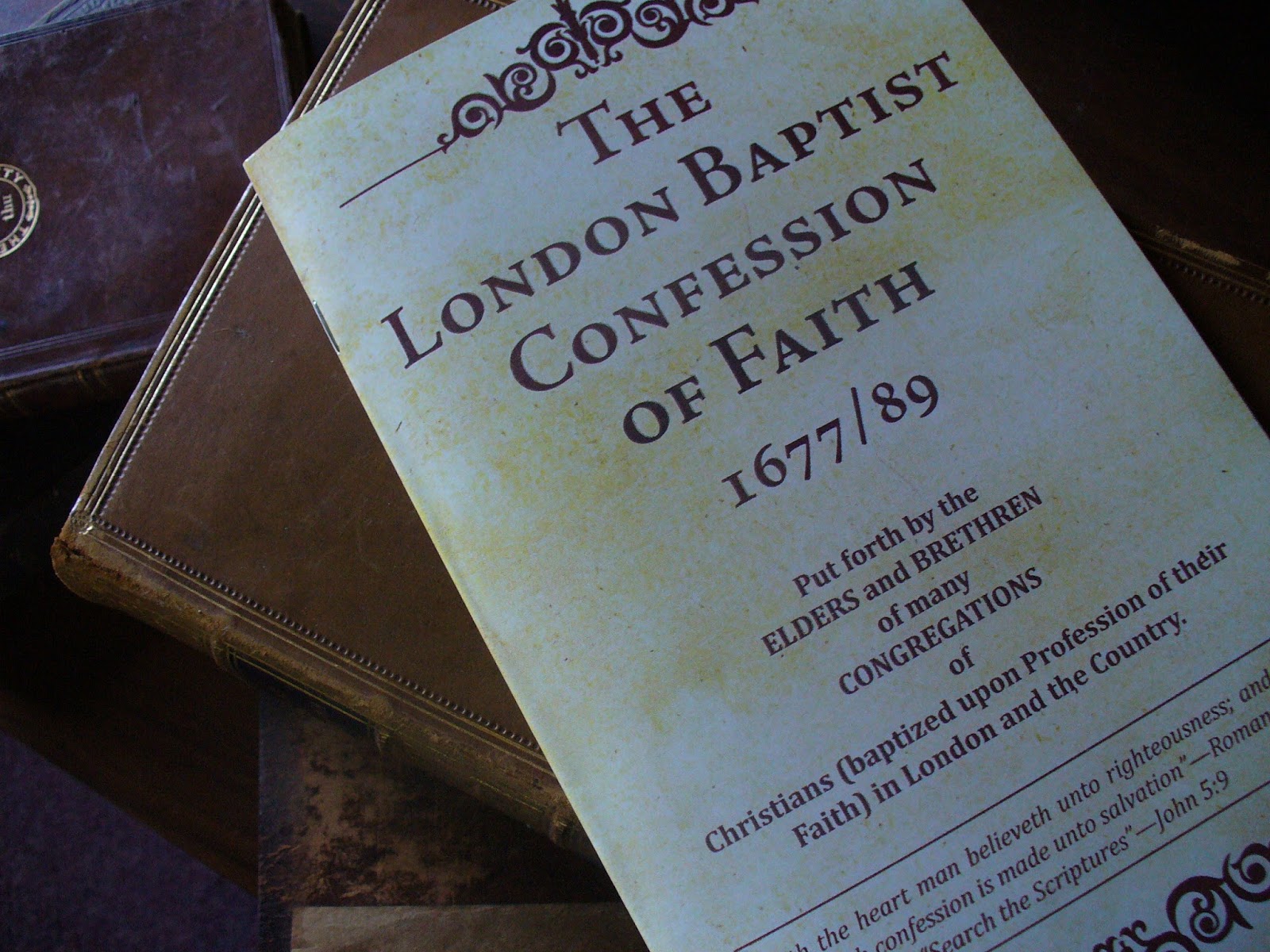 To my other readers, what Jose is referring to can be read in its entirety by clicking on this link —> http://www.spurgeon.org/~phil/creeds/bcof.htm#part5
And, for the most part, I would agree with most of chapter 5, but I would reinterpret in through Molinist lenses, a middle knowledge view of divine providence that preserves genuine freedom. The middle knowledge view of providence is the best explanation of the human will and providence since divine determinism makes God the author of sin (and therefore responsible for sin, and therefore evil, which is a logically impossible proposition) while the simple foreknowledge libertarian free will view (i.e Arminianism) renders God lucky if things turn out the way He wanted them too. Neither of these alternatives are acceptable, but the only other alternative is Molinism! Therefore, I conclude that the Molinistic framework of providence is very likely true since it avoids the pitfalls of divine determinism and simple-foreknowledge free will. I flush this argument out further in “5 Reasons To Believe That Molinism Is True”
On my view, God does foreordain virtually everything that comes to pass, but He doesn’t determine everything that comes to pass. God controls history by creating people in circumstances knowing how they would behave if placed in those circumstances. This view is somewhat easy to understand, but not so easy to articulate.A simple and quick explanation is that God meticulously controls events through the use of His omniscience rather than His omnipotence. He uses His knowledge of how every creature would behave under any given circumstance, and then proceeds to act on that knowledge in order to bring about certain events. Such as like if God knows “If Bob finds himself in circumstance S, He would freely choose action A over action B”. God can get Bob to choose action B by acting on that knowledge and so creating a world in which Bob finds himself in circumstance B.

To give a biblical illustration of how this plays out, let’s consider Jesus’ crucifixion; God knew that if Caiaphas was high priest in the first century, then he would freely condemn Jesus on grounds of Blasphemy and take Him to Pilate for execution. He knew that if Pilate was prefect in the first century, then he would freely comply with the demands of the crowd. And He knew that if Judas was born in the time and place that he actually was, then he would become Jesus’ disciple for a while and would freely choose to betray Jesus to the Sanhedrin. On Molinism, God providentially brought about the crucifixion by acting on His knowledge of how people would freely act if placed in these positions. God brought them about by placing them in those circumstances, and the people brought these events about of their own free will because they’re the ones who made the counterfactuals true of them. The entire passion narrative was orchestrated by God, yet each of the actors in the series of events were completely free. I believe the rest of human history is orchestrated in this same way.

I go into this in a lot more detail in the blog post “Molinism and Divine Foreordination”. Check that out if you want a more in depth look at my view of divine providence.

So, I don’t really have a problem with the way most of the statement of faith in chapter 5 is worded, I would only have a problem with what they probably meant by those words; which is that God causally determines all things. Determinism is philosophically unacceptable [1]because it renders God morally responsible for all the evil in the world as well as contradicted by the scriptures (A few of the scriptures I’m thinking of are Jeremiah 32:35, Isaiah 30:1, James 1:13, Galatians 5:7-8, 1 Corinthians 10:13, and 1 Corinthians 14:33).

I would also take issue with the part that says that God withholds grace from some. I think that is unbiblical, and I would rebut the part that says God withholds grace from some by appealing to passages stating that God wants all people saved (2 Peter 3:9, 1 Timothy 2:4) and died for “the world” (John 3:16), “the whole world” (1 John 2:2), “everyone” (Hebrews 2:9), “all” (1 Timothy 2:6) which, taken together, can only plausibly be interpreted as the entire human race, and since God wants all saved and died for all, it would be a very simple inference that God would send grace to all so that they could be saved (since John 6:44 and John 6:66 say that no one can come to Christ unless God draws them). But apart from that simple inference from God’s universal salvific will and unlimited atonement, I’d also appeal to John 12:32 in which Jesus says “And I, when I am lifted up from the earth, will draw all men to myself”.

Now, the Calvinist is apt to interpret the scriptures cited above as “world of the elect” (for John 3:16), “all kinds” of people (for 1 Timothy 2:4), or “all of the elect” (for 2 Peter 3:9), but I’m not at all convinced by these interpretations. For one thing, that’s not a natural reading of any of those scriptures. Secondly, the Calvinists are adding words to these verses to make them compatible with TULIP. Thirdly, if the biblical authors meant “all kinds”, or “the world of the elect”, or “all of the elect” rather than the entire human race, then why didn’t they just say that? Surely the Greek language was large enough where they could have gotten the point across that they only meant all groups of people or the elect. The fact that the biblical authors use such various different kinds of universal language makes me think that they meant the entire human race. Fourthly, if this kind of hermenutic were applied consistently, we would find ourselves coming to “all kinds” (pun intended) of strange interpretations. For example, we’d have to conclude that Jesus created “all kinds” of things but not literally everything because John 1:3 says “Through him all things were made”. 2 Timothy 3:16 says “All Scripture is God-breathed and is useful for teaching, rebuking, correcting and training in righteousness” According to the all kinds hermenutic, we’d have to conclude that only all groups of books were divinely inspired. You know, some of the prophets, some of the gospels, some of the epistles, etc. But not literally ALL scripture. Only all kinds of scripture. So much for the traditional view of biblical inspiration and inerrancy.

Philippians 2:10 says “Every knee shall bow, and every tongue confess that Jesus Christ is Lord.” I think like many people, that this means that every one will intellectually acknowledge God’s sovereignty and power. Those who denied His existence, those who railed against Him and spat in His face, and who exalted their own wills against His will someday bow to Him when His second coming occurs. No one will say any longer “God does not exist” or “Jesus is dead”. They will be professing just the opposite. Well, according to Calvinist theologians, “all” doesn’t always mean “all” and “every” doesn’t always mean “every”. This could mean that “every kind” of knee will bow and “all kinds” of tongues will confess that Jesus Christ is Lord. There may be some or even many people who do not bow or confess Jesus’ Lordship, at least according to the “all kinds” hermenutic.

For the Calvinist, words like “All”, “World”, and “Whole World” only mean “all”, “world”, and “whole world”  when its convenient for them, when it fits their soteriology. I see no reason to interpret passages like John 3:16, 2 Peter 3:9, 1 Timothy 2:4-6, 1 John 2:2, and many others as meaning anything less than the entire human race. The only motivation that exists for interpreting these as less than the entire human race is if one is trying to shoehorn these verses into the T.U.L.I.P.

But, if God wants all people saved and died for all, then it is, as I said, a very simple inference to the view that God sends grace to all people…since it would make no sense for God to want all saved and not send the grace necessary to make choosing to receive salvation possible. Moreover, this inference leads to the inference that God’s grace is resistible, since if it were irresistible, universalism would result. But we know from several places in scripture that not all will be saved, therefore God’s grace must be resistible, not irresistible.

“All Kinds” Of Inconsistency