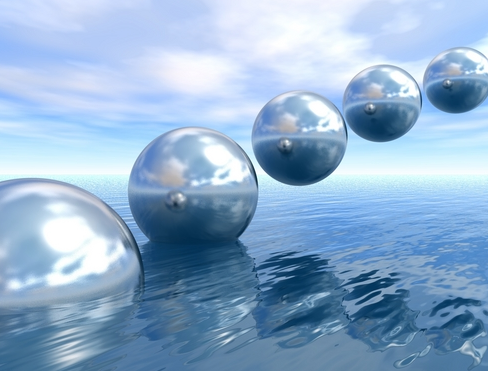 You’re probably tired of hearing from me about the Ontological Argument by now. I hope the fact that we hold different worldviews isn’t getting in the way of our examining this argument on its own merits. Even if this one argument doesn’t withstand scrutiny (and after scrutinizing it, I don’t think it does), there are several other arguments for God’s existence. Perhaps you and I are both interested in the Ontological Argument in particular because we both enjoy formal logic.

Now, I wrote that “the most problematic assumption in the Ontological Argument … is that a ‘necessarily existent’ being could metaphysically possibly exist.” And you responded, “But why would you say that? There doesn’t seem to be anything logically impossible about a being whose existence is logically necessary.” In short, it’s not because I know “necessary existence” is logically impossible; I don’t know that. It’s because it shouldn’t be assumed to be possible without more information than we have at the start of the argument.

So, I went back and reviewed the ways in which you justified making that first crucial assumption of “possibly necessary.” And each defense of that premise, as I understand it, amounted to “we can’t rule it out”. Well, I might not be able to prove right now that you don’t drive a DeLorean, but I would not assume that you do based on my lack of a counterexample or logical contradiction. (It’s a semantically coherent statement, by the way.) I can’t rule out the Riemann Hypothesis, but neither can I assume in my lack of knowledge that it is possible, if we first agree that mathematical truths are necessary truths.

(As an aside: my exposure to alternative models of logic, numbers, and geometry has led me to be skeptical that any particular logical or mathematical statement is true in all possible worlds. But if all logical and mathematical truths are contingent, what necessary truths remain?)

You may reply that I only have to assume that God is possible, not assume he is necessary, for the Ontological Argument to work. And even as an atheist, I do have a God in mind who is omniscient, omnipotent, and omnipresent in a possible world. Until I learn otherwise, those traits seem to be compatible. But that isn’t the same God you have in mind, because your definition of God is that he is necessary too; that is, exists in all possible worlds. And that’s too great an assumption to make without first eliminating all of the alternatives.

After writing my previous email, I think you should have the last word. We’ve explored the Ontological Argument together over several days–at least, the version that you described on your blog–and have reached an impasse.

I have learned a lot from our discussions. Thank you for your cordial dialogue and for giving my thoughts and questions your full consideration. I admire your intellect and your willingness to engage with people who disagree with you instead of remaining in your comfort zone. The internet is a hostile place, and I’m sure you get flak from many sides–from atheists, Young Earth Creationists, and others. I appreciate that although you and I disagree in some deeply held beliefs, we share mutual respect and are able to engage politely in rational discussion.

I look forward to receiving a copy of your book when you get a chance. Thanks again.

First of all, you’re quite right in asserting that even if The Ontological Argument doesn’t hold, that shouldn’t stop one from becoming a theist because, as you said, there are many other arguments for the existence of God and for the truth of Christianity. In fact, I know some of my fellow Christian Apologists who don’t even find this argument convincing. The reason is that they don’t think that God’s existence is logically necessary, which is necessary (pun intended) for the affirmation of premises 3, 4, 5, and the conclusion. They would argue that necessary existence is not required to be Maximally Great. I disagree with them of course. So, if after all of our dialoguing and debating, and after all your research on this argument you end up concluding that it’s not a good argument, just go examine a different one.

Now I’d like to take one more look at your reasons for why you’re hesitant to accept the argument’s first premise (the foundation for the success of the entire argument).

You wrote “I wrote that “the most problematic assumption in the Ontological Argument … is that a ‘necessarily existent’ being could metaphysically possibly exist.” And you responded, “But why would you say that? There doesn’t seem to be anything logically impossible about a being whose existence is logically necessary.” In short, it’s not because I know ‘necessary existence’ is logically impossible; I don’t know that. It’s because it shouldn’t be assumed to be possible without more information than we have at the start of the argument.” –

For one thing, we don’t need to assume that a Maximally Great Being is a logically possible/coherent concept. We can thoroughly examine the concept of a Maximally Great Being and see if it is logically incoherent. We can take the attributes that are ascribed to an MGB (omnipotence, omniscience, omnipresence, necessary existence, moral perfection) and see if any of these attributes clash with one another, or if any of them clash with facts about the actual world. Appeal to the logical version of The Problem Of Evil is one attempt to do this (it pits God’s omnipotence up against his moral perfection) though I don’t think the logical version of the problem of evil succeeds as I point out in my first blog post in the problem of evil series. Another attempt to show that an MGB is logically impossible is to try to show that just the singular attribute of omnipotence is incoherent, usually by posing it in the form of the question “Can God create a rock so heavy that He cannot lift it?”  Another attempt would be to show that the doctrine of The Trinity is logically incoherent (which as I’ve said previously, is an entailment of an MGB’s moral perfection) I believe that such attempts fail (click the links to see why). Other attempts to show that a necessarily existent, omnipotent, omniscient, omnipresent, morally perfect Being is not possibly instantiated could be mentioned, but the main point here is that to conclude that a Maximally Great Being actually exists, one needs to conclude that it isn’t even possible.

Moreover, as I pointed out before, concluding that mathematical truths such as “it’s possibly necessary that the angle sum of a triangle is 180 degrees” or “it’s possibly necessary that the Riemann Hypothesis is true” involve quite a different mode of investigation than concluding “It’s possibly necessary that God exists”. To establish that it is possible that the Riemann Hypothesis is true (or any other mathematical statement for that matter), you have to establish that it’s actually true. Otherwise, you wouldn’t be justified in concluding “The Riemann Hypothesis is possibly true” unless you were using the word “possibly” in an epistemic sense instead of an ontological sense (i.e “It could be true for all we know”). In the case of mathematical truths, you must first establish that they are actually true before you can justifiably say that they are true in some possible world.

And while it is, in one sense, true that in saying that “Necessary Truth X is possible” you commit yourself to saying “Necessary Truth X is actual”, that is just the nature of logically necessary truths. The result of saying “Necessary Truth X is true in some possible world” is that you find X being true in all possible worlds, at least if you follow that statement to its logical implications and don’t bite the bullet. This is why detractors of The Ontological Argument argue that a Maximally Great Being with is not even logically possible. They know that if it is, then theism follows. Most atheistic philosophers know that if they allow the MGB to even get his foot in the door, so to speak, he’ll kick it wide open. That’s why their attacks on The Ontological Argument focus on placing God in the concept of logically impossible things.

Now, in the case of mathematical statements such as “it’s possibly necessary that the angle sum of a triangle is 180 degrees” or “it’s possibly necessary that the Riemann Hypothesis is true” it is true that in saying such things, you do commit yourself to their actuality, but not because you’ve begged the question or made any assumptions, but just because you realize that necessary truths cannot be true in some possible worlds and false in others. But again, how do we know that “It’s possibly necessary that the Riemann Hypothesis is true?” We can’t know whether it’s possibly true until it’s proven to be actually true. But as I pointed out in “Q&A: The Ontological Argument, God, and The Riemann Hypothesis”, this problem affects mathematical truths, but not God. You don’t have to conclude that God’s existence is actual to conclude that He’s possible. You just need to examine His attributes and see if you come up with something more like a circular circle than a square circle.

So, when it comes to affirming necessary truths, we go about affirming their possibility through different routes.

1: “it’s possibly necessary that the angle sum of a triangle is 180 degrees” – How does one verify if this is possible or impossible? By doing the calculations and demonstrating that it is actually true or actually false.

2: “it’s possibly necessary that the Riemann Hypothesis is true” – How do we know whether this is possible or impossible? By doing calculations and demonstrating that it is actually true or actually false. And as you’ve stated, no one has done either yet.

3: “It Is Possibly Necesarry that God Exists” — How do we know whether this is possible or impossible? Unlike the previous 2, we don’t need to prove God actually exists to show God is possible. One can take the attributes of God, put them under scrutiny, and see whether or not God is an impossible concept.

In light of this, I would be puzzled if you are still hesitant to affirm The Ontological Argument’s first premise. If you say that you find nothing logically impossible about an omnipotent, omnipresent, omniscient, necessarily existent, morally perfect Being, then what you’d be saying is that you have no objection to the logical coherence of the concept of an MGB. But if you have no objection to the possible instantiation of an MGB, why be reluctant to affirm that an MGB is possible?

I hope I’ve understood your objections correctly. I’ve read and re-read all of your e-mails multiple times to be sure I understood before responding. If there’s anything I didn’t address, or if I addressed something you weren’t even saying, do forgive me.

By the way, I am sending you a copy of my book as you requested. I have enjoyed our dialogue on this subject for several reasons. You strike me as not just an intelligent individual, but a brilliant one. Frankly, I started wondering if maybe you should be reading The Blackwell Companion To Natural Theology instead of my book. Anyway, the book is on its way, and I do hope you find reading it to be a worthwhile endeavor.

A Courageous Argument Against A Maximally Great Being