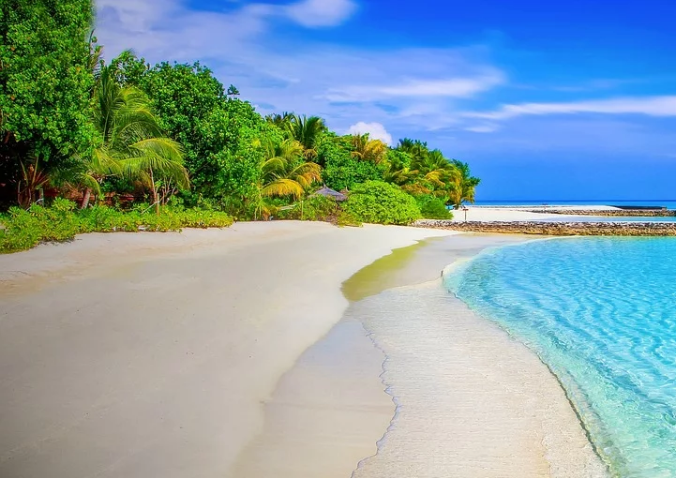 How are you? I hope all is well with you. Let me introduce myself to you; I am Raafat, an on-the-fence skeptic from Egypt, who leans more on the side of God’s existence. It is great that I have found your blog, as it is amongst the few reasons that made think that believing in a god is not an intellectually deficient position.

To my main point. In a former blog post about the Fine-Tuning argument, you said that we can rule chance out, because of the improbablity of landing on a set of univeral fundamental constants that permits life. When you were trying to show why an argument from the equal probability of any given set of constants, you gave an example of a grain of sand on a beach of grain of salt grains. However, there are two problems with this analogy:

First, you seem to suggest that since salt grains outnumber the sand grain, then choosing a particular salt grain is higher than choosing the sand grain. I mean, sure, the set of constants that permits life is miniscule compared to life-prohobiting set, however, by blind chance, any member of both sets can be chosen with equal probability.

Second, you seem to make a lottery fallacy with your arguments. You seem to argue that, since, X is improbable it cannot happen by chance. This is like saying because each lottery ticket has a prohibiting low chance of winning, it can’t win. If it wins there must some design or conspiracy, because the chances are so low.

I guess, both my objections are kind of talking about stuff in the same vicinity. Anyways, keep up the good work!

Good to hear from you, Rafaat! I’m glad you’re consuming the content I’m putting out, and I’m especially glad that you’re leaning towards theism! Hopefully, if you keep reading the articles and/or following the podcast, you’ll make the full shift over to Christianity.

Anyway, the objection I was responding to in that blog post said that because each combination of values that the constants and quantities of physics could take were equally as improbable as any other, that therefore chance was not an unreasonable alternative. As you say, I responded to this by saying that while it is true that any universe is equally as improbable as any other, it is overwhelmingly more probable that if the constants and quantities took the values they did by chance, it is more likely that it would be a life prohibiting universe rather than a life permitting universe. I then went on to use the beach illustration with trillions upon trillions of grains of sand and there’s one grain of salt. Although any grain is equally improbable as any other, a blindfolded person is more likely to pick up a grain of sand than that single grain of salt.

This is a good lesson in how we recognize design. William Dembski, the dean of the Intelligent Design movement has recognized two factors that are present in every justified design inference. Those factors are (1) High improbability, and (2) conformity to a specific pattern. If those two things are present, your inference to design is justified.

When it comes to the cosmic fine-tuning, we don’t just have high improbability that makes chance an unreasonable alternative. We have conformity to a specific pattern. 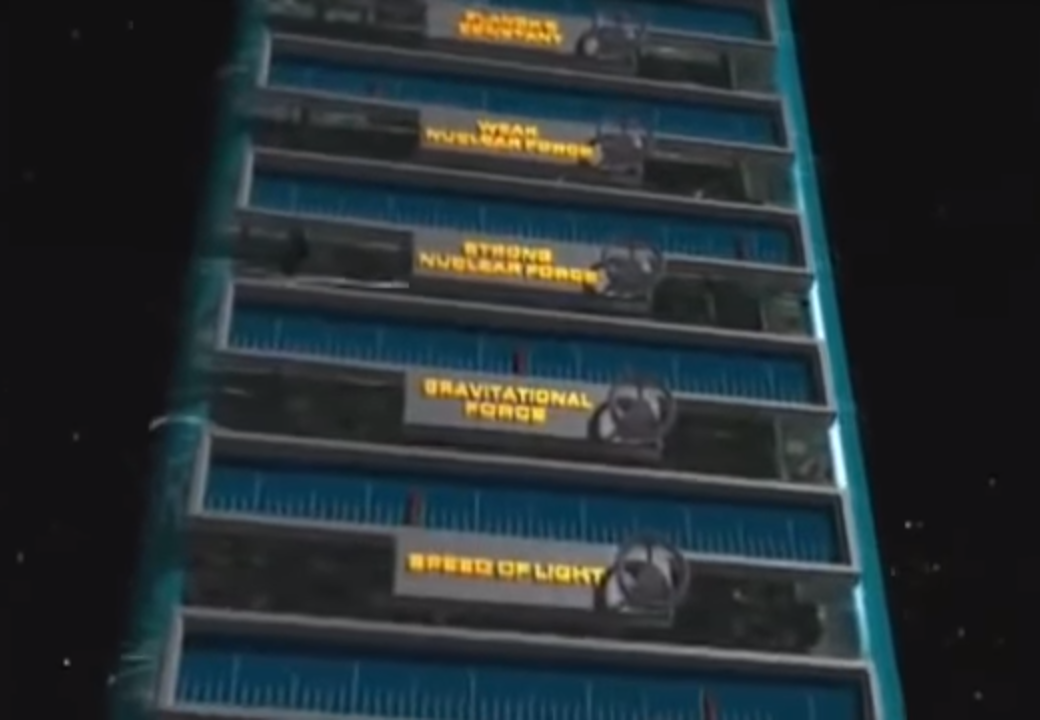 Take this visual illustration from the Illustra Media film The Case For A Creator. Each of the dials are set to a very specific position on this universe generating machine. While each combination of dial settings is equally as improbable as any other, it is not the case that each life prohibiting setting is equally as improbable as any life-permitting setting. Indeed, the probability ratio of a life-prohibiting to life-permitting setting is unfathomably larger.

Let us imagine a biosphere on Mars that has many dials (Oxygen level, CO2 level, temperature level, precipitation frequency, etc.), and these dials must be set to very precise locations. Moreover, there were nine trillion other settings the dials could have been set to. If you were an alien just visiting our Milky Way for the first time and you came across this biosphere, what would you likely conclude? The dials took these settings by chance? Or would you conclude that an intelligent agent purposefully turned them this way? You would probably proceed to try to make contact with this agent.

Well, we have a similar situation with the laws of physics. 9 out of 10 possible settings rule out life. We got the 1 set out of 10 that permits life. Now, I’m not saying that the odds actually are 1 out of 10. I’m not speaking in mathematic precision here, but figuratively since the actual odds are so large, I can’t type them out without dying of old age before I finish typing in all the digits.

Given what I’ve just said, hopefully, you can see that I’m not committing the lottery fallacy. Additionally, I’m not arguing that the odds of a life-permitting universe is so low that it’s literally impossible for it to have occurred by chance. Sometimes I use that kind of language, but I’m speaking hyperbolically. Any non-zero probability is, strictly speaking, possible. But some things have such a low probability that they aren’t even worth considering.

For example, this blog post could have been the result of a cat and mouse running back and forth across my keyboard while I had WordPress open. There’s a non-zero probability of that being why this blog post exists, however, the odds are so low that no one would even consider it. People would laugh at the notion that a cat and mouse’s paws just so happened to hit the right keys in the right sequence to produce a coherent blog post.

Likewise, the odds of the universe’ being finely tuned by chance alone are so low that a reasonable person must reject it. The only way to make chance plausible (or as I like to say “give chance a chance”) is to posit the infinite multiverse theory, which as I explained in my blog post “The Fine-Tuning Argument For God’s Existence” is not a tenable alternative for a handful of reasons. The biggest problems are that you could explain anything and everything as a result of chance by appeal to the multiverse, from cosmic fine-tuning to fingerprints on a murder weapon to the formation of a Boeing 747. It would rule out a justified design inference on the human level, not just the divine level. The second biggest problem is that it would rule out rationality, as there would be billions and billions and billions of universes where the only thing that exists are Boltzmann Brains that spontaneously fluctuate into existence, imagine the world around them and have false memories, and then fade out of existence. How do you know you’re not a Boltzmann Brain? How do I know I’m not? No sane person would believe that they are a Boltzmann Brain. Therefore, no sane person should embrace the multiverse proposal.

Those are the two biggest problems, I would recommend other readers of this article to check out my blog post “The Fine-Tuning Argument For God’s Existence” for more information.