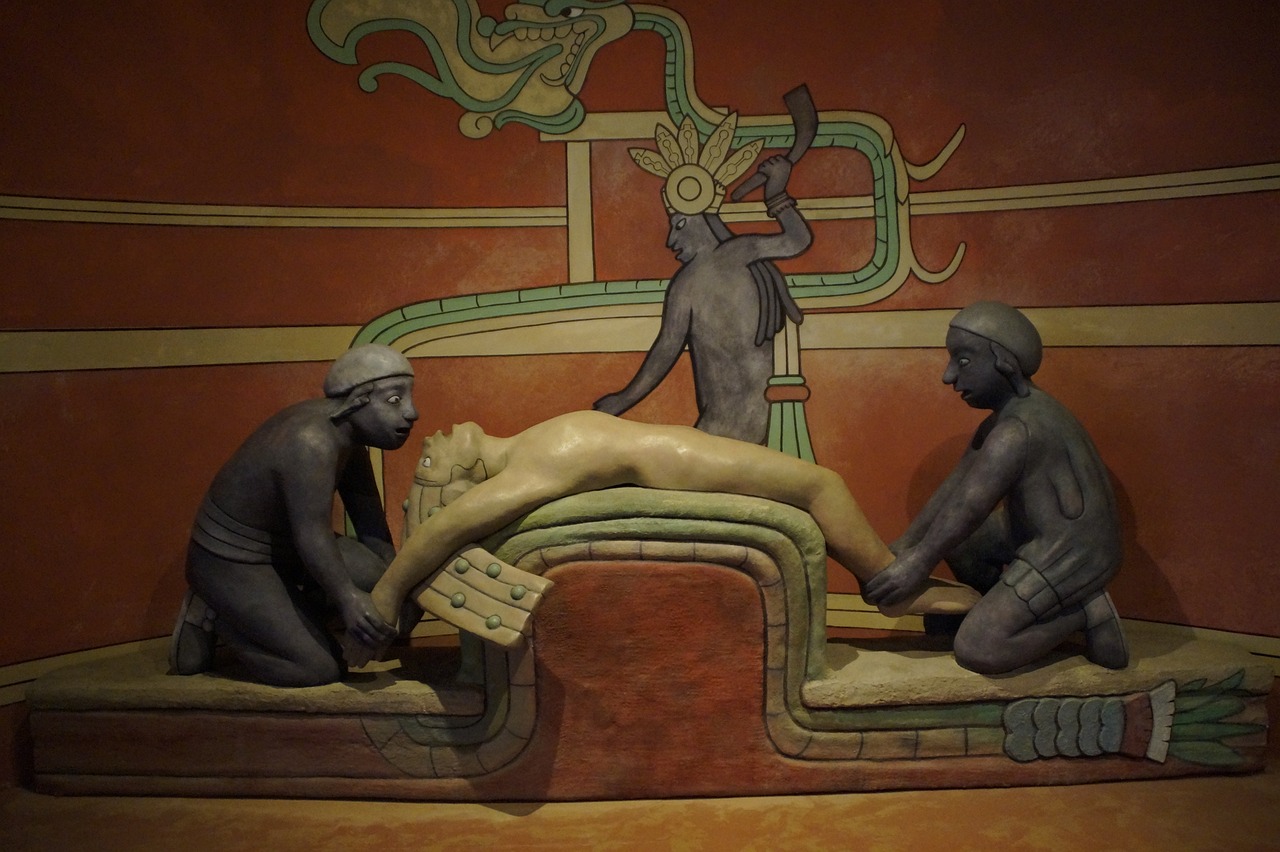 Good morning/afternoon/evening! I was chatting with people in a Christian discord server and one guy had questions regarding human sacrifice in the bible. He brought up Exodus and I showed him reasons why that interpretation was wrong, then he asked what to do with Numbers 31:40. He’s a Christian and he’s heard a lot of arguments from skeptics/liberal scholars, so he’s struggling a little bit. I and some other people aren’t sure what to say. Maybe Yahweh did accept human sacrifice in that scenario and won’t ever again. I think there’s something hidden in plain sight I can’t find, so I’m hopeful that’s the case.

Is this really human sacrifice, or is there more behind the scenes?

It’s been a while since a difficult Bible question was sent to me that I didn’t know the answer to, and this is part of why it took so long for me to publish my response. What’s worse is that no one else in the entire world seems to have written on this. No doubt looked all over the internet to see if some theologian or apologist had answered this. I know because that’s exactly what I did! I’ve searched and searched apologetics websites, Bible websites, my commentaries in Logos, and I couldn’t find a single person addressing this subject. The only people who seem to bring it up are anti-Christian places! I finally submitted the question to the Christian Apologetics Support Group which is a group on Facebook to crowdsource. Before I share what I found, let me quote the passage for our readers;

This is from a Cultural Background Study Bible that Old Testament scholar John Walton was involved with. I want to give a shout out to Kenneth Vaughan in the Christian Apologetics Support Group to directing me to this resource. Although it’s in my Logos library, evidently, I overlooked it.

“31:28 tribute. The Hebrew term (mekes) occurs three times in this chapter but nowhere else in the Hebrew Bible. This term is attested in Ugaritic (mekes) and Akkadian (miksu) and occurs often in later rabbinic sources. The tradition in Abraham’s day was a tithe of 10 percent presented to the temple priesthood, as he did with the spoils of war confiscated from the battle against the four kings of Mesopotamia (Ge 14).”1

Vaughan commented in the Facebook comment in which he directed me to this quote, said “There’s no indication it’s human sacrifice. Just a couple of sentences earlier they use entirely different language for non-human material spoils that are burned. The giving over to the priests conceptually matches the description of firstborn children being dedicated to priestly service (something visited in older chapters). Even most skeptics don’t take this view. Rather, they’ll argue that the Pentateuch exaggerates Israel’s disgust with human sacrifice, exaggerates human sacrifice among the Canaanites, and uses this to justify ‘genocide’ (a take I also disagree with).”

Joel Baden, a Hebrew Bible scholar at Yale who hates Christian apologetics, presumes that they are going to be slaves in the sanctuary. Vaughan said in the aforementioned Facebook comment that “There isn’t really a mainstream view where this is human sacrifice.” And really, this makes sense. As John Walton said in the quote above, the Hebrew word is not used anywhere else in The Old Testament. So it’s not like you can mount a word study argument that these people are being paid “tribute” (mekes) to God as sacrifices on the ground that “tribute” is typically used to describe sacrificial offerings. Because it isn’t. Also, one doesn’t have to be killed to dedicated to God in such a way as to be considered a “tribute”. Examples of Old Testament heroes like Samson come to mind in which his mother dedicated him to God. One can be very much alive and be “paid” to Yahweh as a worker. One might also take into consideration that when currency is paid as tribute, the money isn’t destroyed!

One could also argue on the basis of God’s disgust of human sacrifices in various other places in The Bible that this alternative interpretation is more likely than human sacrifice. After all, it’s a well established principle of hermenuetics to “let scripture interpret scripture” i.e to let other parts of The Bible inform your reading. If The Bible is clear everywhere else in scripture that God abhors human sacrifice and yet you have one place in which it might seem as though he took pleasure in it, then you are to interpret the unclear verses (in this case, Numbers 31:40) in light of the clear verses (e.g Deuteronomy 12:31, Deuteronomy 18:10, 2 Kings 21:6).

So, it doesn’t seem to me like this account in the book of Numbers is an example of Bible contradiction, or a moral defect in God, or anything that a Bible believing Christian should be shaken over. I hope your friend can have his doubts resolved eventually and I hope this article is helpful to him.
——————–
NOTES
1: Craig S. Keener and John H. Walton, eds., NIV Cultural Backgrounds Study Bible: Bringing to Life the Ancient World of Scripture (Grand Rapids, MI: Zondervan, 2016), 282.
Liked it? Take a second to support Evan Minton on Patreon!

Why Did God Kill 42 Youths For Making Fun Of Elisha?