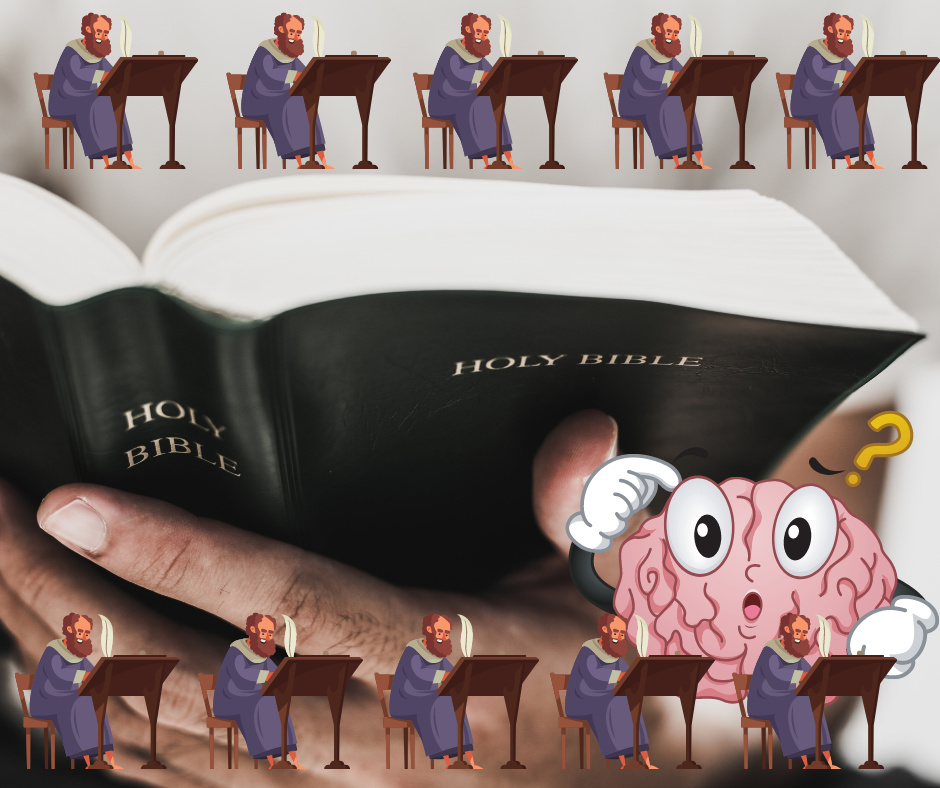 Thanks for the links you sent me a while back. I am enjoying spending my free time reading through everything. I have some questions though on some textual issues. Almost every scholar agrees that the Bible suffers from purposeful and unpurposeful fits of interpolation; i.g John 7:53 – 8:11, John 5, Johannine Comma, etc. Some of these have serious implications regarding doctrine, for instance John 7:53 – 8:11 is one of the most famous passages on forgiveness, and the Johannine Comma on the trinity. Do you think the scholars are wrong to consider these passages interpolations, or do you have another theory entirely?

Thanks ahead of time. I didn’t ask this on your blog because I wasn’t sure if people were allowed to make a request twice. I’d love it if you made an article on this though!

I am glad that you are availing yourself of the wealth of Apologetics content that I have put up here on the website. I pray that eventually you have your faith restored and that you have an even sturdier foundation than before.

The New Testament is an extremely reliable set of documents both in terms of the historical details it gets right, and in the sense that we know what the originals said with a 99% degree of certainty. Blogger Alexandra Aodish summarizes the case for the textual purity of The New Testament as follows;

“First, the time gap between when the original Greek New Testament was estimated to have been written and our earliest surviving manuscript copies is very small—likely about 40-80 years! In contrast, Sophocles’ plays have a time gap of 100–200 years, and Homer’s Iliad and Livy’s History of Rome have time gaps of 400 years.

Why does this matter? With many manuscripts we can compare them with each other and find our way back to the original.”1

What Aodish has said is backed up by textual critics like Daniel Wallace. Wallace acknowledges that there are around 300,000 variants in the documents of the NT, but he says that this number is misleading. The vast majority of the variations have no bearing on the meaning of the text or any essential Christian doctrine. The vast majority of these variants are, for one thing, not found in a single codex, but are the sum total of all variants across the extant manuscripts we have. And, moreover, the differences pertain to things like spelling mistakes, words in different orders, grammatical mistakes, and so on and so forth. A side by side comparison between the two main text families (the Majority Text and the modern critical text) shows agreement a full 99% of the time.2

This is how, by the way, we know that interpolations exist. Given the manuscript data we have, these later editions stick out like a sore thumb! Check out Greg Koukl’s article “Is The New Testament Text Reliable?” for a lengthier treatment. Now, what about that 1% of the text that textual critics can’t come to a decision on? These do affect the meaning of the passage in question.

I wouldn’t disagree that John 7:53-8:11, or The Johannine Comma (i.e the reading of 1 John 5:7-8 that says “There are three that bear record in Heaven; the Father, The Word, and The Holy Ghost, and these three are one.”) are indeed interpolations. These were later additions to the text.

Now, I think it’s a gross overstatement to say that these have any implications regarding doctrine. There are plenty of passages that fall within that majority of the text that textual critics say belong to the original New Testament that teach on the importance of forgiveness and loving your enemies. And as I have pointed out in my blog posts regarding the doctrine of The Trinity, and in Episode 88 of The Cerebral Faith Podcast “Episode 88: Does The Bible Teach That God Is A Trinity?”, there is a mountain of biblical support for the doctrine of The Trinity scattered throughout BOTH testaments. We simply don’t need the King James Version of 1 John 5:7-8 to establish the doctrine. The only thing acknowledging that these passages are interpolations does is prevent us as using these texts as evidence for our position. But, as I said, scripture speaks on the deity of Christ, The Trinity, and the importance of forgiveness elsewhere.

“Episode 87: Does The Bible Teach That Jesus is God?”

“Episode 88: Does The Bible Teach That God Is A Trinity?”

1: “4 Reasons we Can Trust the New Testament”, Alexandra Aodish, The Banner, —https://www.thebanner.org/columns/2020/10/4-reasons-we-can-trust-the-new-testament