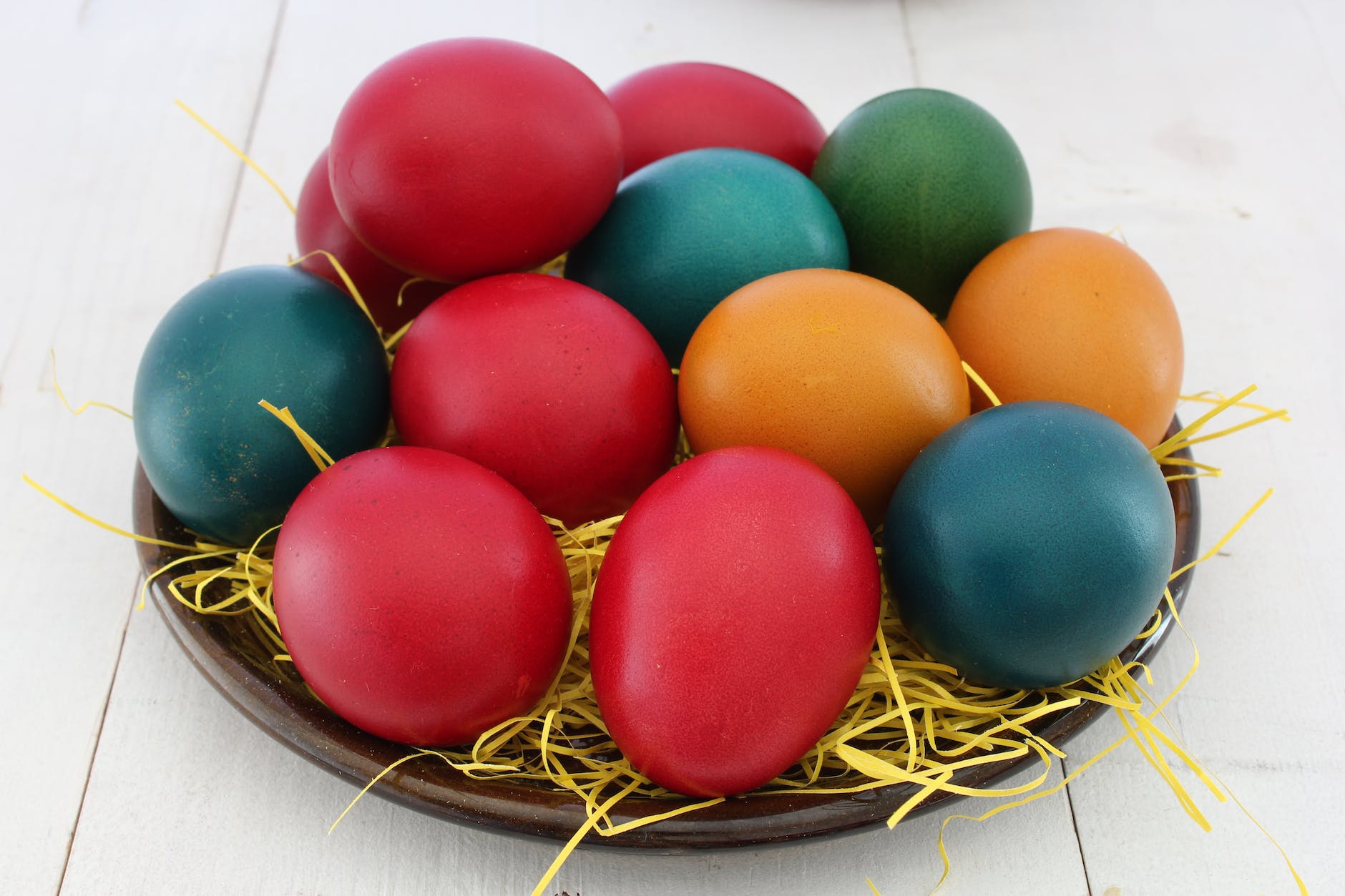 Photo by Boris Manev on Pexels.com

Easter Sunday is tomorrow and many children will be engaging in a timeless holiday custom known as Easter Egg hunting.

There is concern among some Christian parents that they are sinning when allowing their children to partake in Easter Egg hunts. Their concern stems from the fact that, like most of our major holidays, Easter has had paganism influence it. At least that’s what people claim. In my internet research, some sites say that the evidence for the Easter Egg’s pagan origin is practically nil. I’m not sure which to believe, but let’s take the position that it does have pagan origins. Are Christians sinning by dyeing eggs?

I don’t think you’re sinning by dyeing and hunting Easter Eggs. All you’re doing is just coloring eggs and partaking in a fun game. I highly, highly doubt that Jesus would disapprove of kids playing a game even if it did have pagan origins. What Jesus is concerned with is what’s in a person’s heart. He’s concerned with our intentions. He’s also concerned with whether we worship Him and give Him glory as He is God; the Creator of Heaven and Earth. So long as the activity you do is not in tribute to a false god. As long as your intentions are pure, I think Christ would be fine with it. Just because something is affiliated with a pagan practice doesn’t make it evil. Gold and Silver were often affiliated with idol worship but we don’t urge our children to stay away from these precious metals. And Ken Samples, in his post “The Tricky Topic Of Halloween” said that Hitler brushed his teeth but we would never avoid teeth brushing in order to avoid having something in common with an evil and ungodly man.

Christians need to use good reasoning to support their moral and/or spiritual convictions. Drawing and applying biblical inferences to life’s questions and challenges takes intellectual skill and care. To condemn the practice of Easter Egg hunting outright on the basis that it has certain pagan origins is, in my opinion, to come incredibly close to committing the genetic fallacy.

The genetic fallacy is committed when an idea, person, practice, or institution is evaluated solely in terms of its origin, without giving appropriate consideration to how it has changed or evolved in contemporary practice. For example, it would not be smart to diss astronomy because its origins were connected to astrology. Why is this? Because the practice of astronomy has changed significantly over time. And while God’s Word expressly doesn’t allow us to partake in certain pagan and/or occult practices (Deuteronomy 18:9-13), for most people, Easter Eggs have nothing to do paganism or pagan deities. In fact, for most families, Easter Eggs have no real symbolic significance at all. Instead, most people just see it as a fun holiday activity; one that has created many fond childhood memories for me personally. Even though I’m nearing my 22nd birthday, I still enjoy Easter Egg hunts. Every Easter, I still get in my backyard and hunt eggs with my family. We take turns on who will hide the eggs and who will hunt the eggs. This way, we all get to do both. This goes on until the sun goes down. Then we go inside, eat Easter Dinner that my Mom cooked and we watch a movie about Christ, then we all go back to our homes. It’s really fun.

I think it very well may be the case that every Easter, Jesus himself hosts Easter Egg hunts for the souls of all the children in Heaven. I can easily imagine that. I don’t know if He does or not, but I don’t think He’d oppose the idea.

If someone believes it is wrong, you should not put pressure on them to engage in the activity. The Bible says that when you force someone to do something they believe is wrong, you are sinning (1 Corinthians 8:12). It doesn’t matter if what they’re doing is ACTUALLY wrong, what matters is whether they believe what they are doing is wrong. . In the broader context of 1 Cortinthians 8, Paul was talking about whether or not it was OK to eat meat that’s been sacrificed to idols. Paul states his opinion on the matter. He says it’s not a sin to eat meat sacrificed to idols because the gods that those idols represent don’t really exist (1 Corinthians 8:4-6) and that we’re no better or worse off no matter what we decide to do with the meat (1 Corinthians 8:8). However, Paul then warns that not everyone believes as he does (i.e that eating meat sacrificed to idols is an alright thing to do) and that you shouldn’t eat such meat in front of those Christians because that might tempt them to do the same thing, and they might give into this temptation and they would therefore violate their conscience. He then says “And when you sin against other believers by encouraging them to do something they believe is wrong, you are sinning against Christ.” (1 Corinthians 8:12). This rule applies to any situation, not just meat offered to idols. We should never put pressure on someone to violate their conscience.

So even though my conscience is clear in partaking in Easter Hunts ever since I learned how to walk, I wouldn’t dare force someone to do something and make him believe that he has sinned (even if in reality, he wasn’t really sinning). Everyone should obey their own conscience on the matter.

How did Easter Eggs even get associated with a Christian Holiday anyway?

Well, according to one internet website I found during my research into this topic:

So apparently, if that website is correct, Christians adopted the Easter Egg symbol because it represented life and rebirth, exactly what the gospel message is all about and what Easter is all about. Christ died a horrible death on the cross and rose again 3 days later in order to make us “born again” (John 3:3) and to grant us eternal life if we place our trust in Him (John 3:16). The Easter Egg represents believers who are given new life through Jesus Christ. So even if it originated with pagans, the Easter Egg has a far different meaning for us as Christians. So instead of being sinful, it can actually be a symbol of remembrance of what Christ has given us. It wouldn’t be unlike God to take something that was meant for evil and use it for good. He does so all the time. It wouldn’t be unlike God to take a symbol used to worship pagan deities and use it instead to glorify Himself; the One True God.

Q&A: How Can We Know Which Doctrines Are True?

Is “Hate The Sin, Love The Sinner” Biblical?