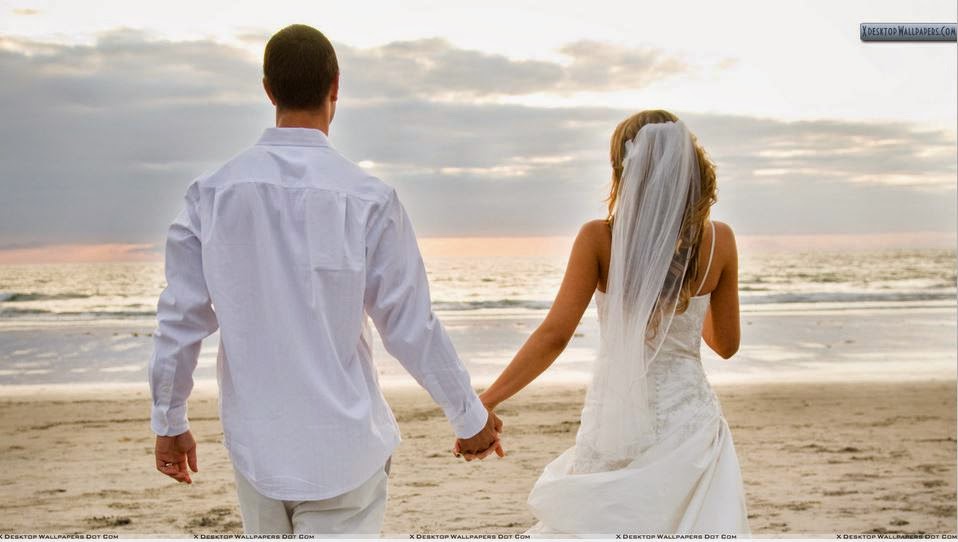 This is probably something that goes on more often then I’d like to think about. But there are many Christian men and women who have fallen in love with non-Christians. They’re in romantic relationships with people who do not share in their worldview and religious beliefs. While friendships between Christians and non-Christians are allowed (and are encouraged), marriage between a Christian and a non-Christian are scripturally prohibited.

The Bible says “Do not be unequally yoked with unbelievers. For what partnership has righteousness with lawlessness? Or what fellowship has light with darkness? What accord has Christ with Belial? Or what portion does a believer share with an unbeliever? What agreement has the temple of God with idols? For we are the temple of the living God; as God said, “I will make my dwelling among them and walk among them, and I will be their God, and they shall be my people. Therefore go out from their midst, and be separate from them, says the Lord, and touch no unclean thing; then I will welcome you,” – 2 Corinthians 6:14-17

“Don’t you realize that your bodies are actually parts of Christ? Should a man take his body, which is part of Christ, and join it to a prostitute? Never! And don’t you realize that if a man joins himself to a prostitute, he becomes one body with her? For the Scriptures say, “The two are united into one.” But the person who is joined to the Lord is one spirit with him.” – 1 Corinthians 6:15-17

Some Pragmatic Reasons To Only Marry A Fellow Believer

Aside from the fact that scripture commands you not to marry a non-Christian, there are practical reasons why you should want to avoid this type of marital union.

1: What Will You Teach The Kids?

2: Religious Debates Can Break Out If One Of You Talks About Your Faith.

Unless you both plan on being completely silent till death do you part on what you believe, you’re bound to get into arguments over your conflicting worldviews. While debates over religious matters are generally good, for a marriage, it’s best that these don’t take place. Especially since these types of discussions can often times get very heated, such that a “debate” turns into a quarrel. Quarrelling is obviously not good for a relationship. If you marry a fellow Christian, you won’t have this problem. You’ll both in-sync when it comes to your worldviews.

Some people may wonder what would God think if you were an unbeliever who married an unbeliever, but then at some point during the marriage, one of you became a believer. There was a time where there was no being “unequally yoked” now, all of a sudden, this couple has become unequally yoked? Well, fortunately, The Bible addresses this issue as well.

“Now, I will speak to the rest of you, though I do not have a direct command from the Lord. If a Christian man has a wife who is not a believer and she is willing to continue living with him, he must not leave her. And if a Christian woman has a husband who is not a believer and he is willing to continue living with her, she must not leave him. For the Christian wife brings holiness to her marriage, and the Christian husband[d] brings holiness to his marriage. Otherwise, your children would not be holy, but now they are holy. (But if the husband or wife who isn’t a believer insists on leaving, let them go. In such cases the Christian husband or wife is no longer bound to the other, for God has called you to live in peace.) Don’t you wives realize that your husbands might be saved because of you? And don’t you husbands realize that your wives might be saved because of you? Each of you should continue to live in whatever situation the Lord has placed you, and remain as you were when God first called you. This is my rule for all the churches.” – 1 Cortinthians 7:12-17

Here, Paul says that if you and your wife/husband were unbelievers when you married, but then one of you became a Christian, that if your unbelieving spouse is willing to stay with you, then you should stay. But, if the unbelieving spouse wishes to leave, then let them leave. In verse 16, Paul mentions a benefit for staying. He says that by staying you might actually win your spouse over to the Christian faith.

Q&A: Are Having Depression and Anxiety Sins?

On The Importance Of Having Faith When You Pray