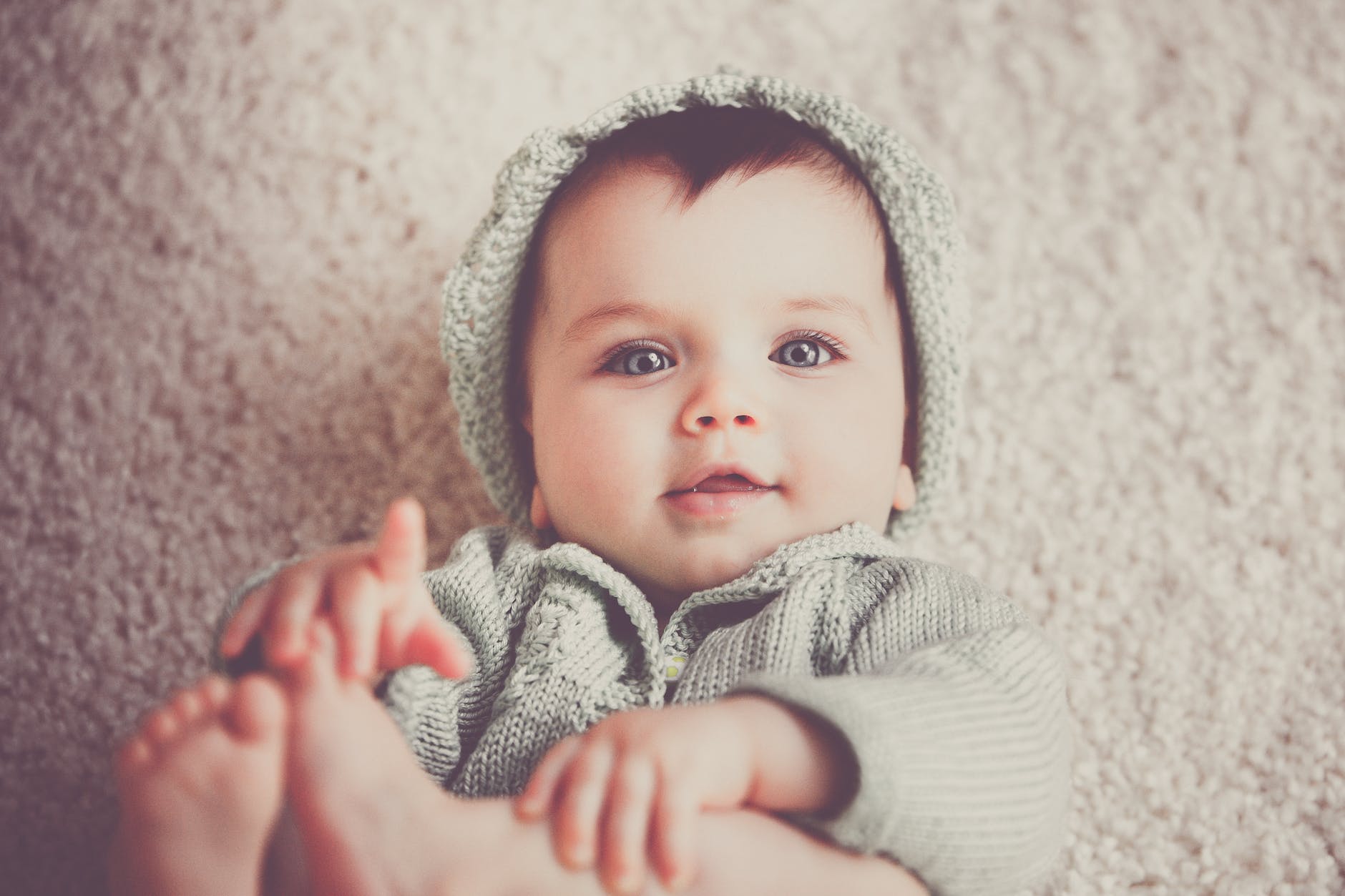 Genesis 1 teaches that human beings are created in God’s image, in His likeness. Much debate and speculation over the years have occurred over what exactly that means. It obviously cannot mean that we look like God if for no other reason than that everyone looks different. In my blog post “What Does It Mean To Be Made In God’s Image?” I argued that to be made in God’s image entailed a number of attributes which we have that animals don’t have: rationality, a moral compass, and free will.

Some theologians, however, object to this list. They argue that if this is what it means to be made in God’s image, then that must mean that fetuses, infants, and the severely mentally incapacitated cannot be made in God’s image. The argument goes that if they’re not made in God’s image, then they have no intrinsic value. If they have no intrinsic value, then it would not be evil to kill them, any more than it would be evil to shoot a deer or stomp on a cockroach. Consequently, this position on the imago dei falls on the horns of a dilemma: either abortion and infanticide are justified, or else this cannot be what constitutes the divine image.

Dr. Michael Heiser made this objection in his book The Unseen Realm. Heiser wrote: “Identifying the nature of the divine image has preoccupied students and pastors for a long time. Chances are you’ve heard a sermon or two on the topic. I’m willing to bet that what you’ve heard is that the image of God is similar to something in this list: •Intelligence •Reasoning ability •Emotions •The ability to commune with God •Self-awareness (sentience) •Language/ communication ability •The presence of a soul or spirit (or both) •The conscience •Free will All those things sound like possibilities, but they’re not. The image of God means none of those things. If it did, then Bible-believers ought to abandon the idea of the sanctity of human life in the womb.” 1

It’s understandable why some would raise this objection. After all, fetuses cannot reason and neither can infants. Infants don’t know the difference between right and wrong (this is, after all, my primary argument against the reformed doctrine of infant damnation). So if rationality and moral knowledge are what makes the divine image, and fetuses and infants don’t have these, then obviously this must mean they’re not made in God’s image. Since this is absurd, we must reject this view of the imageo dei.

What do we say to this?

First: I Now Believe That These Are Necessary Conditions Of The Divine Image, But Not Sufficient Conditions

Doing some study of John Walton’s “Lost World” books has shown me some surprising insights into how the ancient Israelites would have read Genesis. In The Lost World Of Adam and Eve, Professor Walton explains that to be made “In God’s Image” meant to be God’s representative. Humans represent God on Earth in a similar way in which statues of deities represented those deities in the temples in which those deities were worshipped. Humans are God’s “statues” so to speak, in His “Cosmic Temple” (i.e the universe, which took 7 days to inaugurate, as was customary of the inauguration of any temple in the ancient near east).2

This would explain why angels and demons are never considered by scripture to be divine image bearers. They have rationality, free will, and the moral law written on their hearts, but they are not God’s representatives on Earth. Indeed, angels rarely appear visibly to people and even when they do, people are often unaware of it (see Hebrews 13:2).

J. Richard Middleton (Roberts Wesleyan College) agrees with Walton. In, The Liberating Image, Middleton says that the image of God describes “the royal office or calling of human beings as God’s representatives and agents in the world.” Image of God means that humans have been given “power to share in God’s rule or administration of the earth’s resources and creatures.”3

But notice this: in order to be a representative of God, you need to be rational, know the difference between good and evil, and have free will.  If you aren’t an a-rational, a-moral, causally determined creature, you won’t be a very good representative of God on Earth. Having rationality, free will, and moral knowledge are prerequisites to being God’s representative on Earth. So, I don’t recant what I said in “What Does It Mean To Be Made In God’s Image”, I merely admit that my list of essential attributes was incomplete.

For a creature to be created in God’s image, one must
1: Be God’s representative on Earth.
This means that the creature must be
2: Capable of rational thought.
3: Capable of knowing morally right actions from morally wrong ones.
4: Have free will of the libertarian variety.

If scholars like Walton, Middleton, and others are right; that being made in God’s image is to be his representative and co-regent in the world, then the mental qualities described simply follow by logical extension.

This, by the way, also answers Heiser’s other reductio ad absurdum; that “If one animal anywhere, at any time, learned anything contrary to instinct, or communicated intelligently (to us or within species), or displayed an emotional response (again to us or other creatures), those items must be ruled out as image bearing.” 4 Lower animals weren’t cosigned by God to be his representatives on Earth, so even if apes became as smart as the apes in the Planet Of The Apes movie series, it wouldn’t mean that they suddenly gained the image of God. To bear the divine image means to be God’s representative on Earth which requires rationality, free will, and the moral law. But possessing the latter 3 doesn’t entail that you are the former. The latter are simply needed for the former to exist.

Secondly, Babies Don’t Have The Aforementioned Faculties, But They Will In Time.

While babies and fetuses aren’t yet capable of exercising these capacities, they will be eventually, if allowed to grow. They are the sort of creature that has the capacity to gain these abilities. They have the inherent potentiality to be rational, moral agents. A kitten or a baby chimp lacks this potentiality altogether. Even if the cat lives 20 years, it will never be capable of learning the 9 rules of logical inference or knowing that stealing is wrong. A fetus, on the other hand, will.

A imageo dei creature either has these abilities already or at the very least will have them and can have them.

Heiser anticipates this response and says that if you argue that those things are there potentially, then that means that you have only a potential person. The problem with Heiser’s objection is that it acts as a boomerang, coming back to hit him in the face. Heiser understands the image of God in the exact same way as Walton and Middleton do: i.e as God’s representatives on Earth. As I said above, I don’t disagree with this, but the essential properties of a representative are rationality, morality, and free will. Not only does an unborn child only have the mere potential to have these mental qualities, but even the “status” (Heiser’s own words) to which the mental qualities are prerequisites is but a mere potential. I can’t imagine that an unconscious fetus 3 days after conception can represent God in any meaningful sense. If Heiser is correct that the mere potential to possess abilities entails that fetuses are only potential persons, then is it not the case that the potential to be God’s representative entail the same? How is Heiser’s view of the imago dei immune to the objection he brings against the mental faculty position? He doesn’t explain.

It will not do though simply point out that Heiser’s proposal (which I don’t disagree with) falls under the same objection.

I don’t think theologians are wrong to say that our unique mental faculties are necesarry conditions to the imago dei, but I think it is wrong to say that they are sufficient conditions. If they were sufficient conditions, then even Satan would bear God’s image. Rather, we need to see the imago dei as being God’s representatives on Earth. This, of course, presupposes the mental faculties of rationality and so on. This last qualitiy is what humans have that angels and demons do not (or aliens, if there are any out there).

It may seem like I’m offering a rebuttal to Heiser, but I’m really not. The only thing I’m rebutting is Heiser’s argument that mental faculties can’t be what the imageo dei is as it would rule out personhood for fetuses, since they have no ability to exercise these mental attributes yet. But neither can they represent God on Earth yet. You can’t represent anyone very well from inside the womb.

Heiser would most likely agree with most of what I’ve written here, as he went on to acknowledge himself that these mental faculties were prerequisites to what really makes up the imageo dei. Heiser would agree that we must acknowledge that the mental faculties aren’t the whole story, but they are necessary prerequisite conditions for the whole story. The only thing I take issue with is his reductio ad absurdum argument against the mental-faculty view.