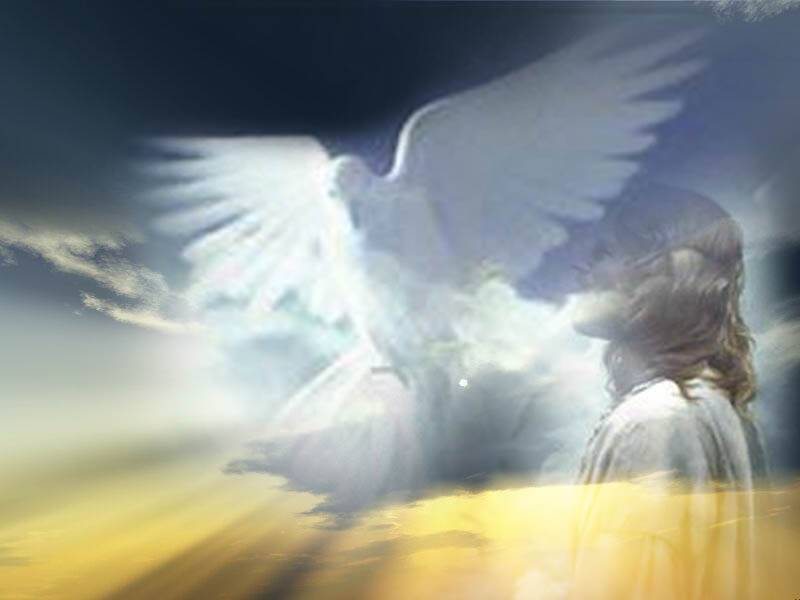 Total Depravity teaches that all people are inherently sinful and that we have a sin nature that affects every single aspect of our being. Sin affects our emotions, our bodies, our intellect, and even our wills. With respect to that last part, the doctrine affirms that people are inherently unable to come to God of their own free will. Our wills are in bondage to sin. Humans, if left to our own devices, would never come to God, but we would always reject Him. As an Arminian, I strongly affirm the doctrine of Total Depravity.

If God left man to His own devices, no one would ever turn to God. We would all be in rebellion against Him. God solves the problem by sending His Holy Spirit to enable a person to choose to receive Christ in order to be born again, and thus, saved. God enables and draws a person to Himself. He frees his will so that He is able to make a choice to follow Him. Prevenient Grace is the work of the Spirit in peoples’ hearts when they hear the gospel. Without grace of some kind working in the hearts of sinners, no one could or would respond to the gospel.

Pelagians, who deny Total Depravity (and ergo prevenient grace as a result), have tried to argue that John 6:44 and John 6:65 aren’t saying that people can’t come to Christ in the absence of an enabling grace, and that the “drawing” Jesus is talking about (also referenced in John 12:32) is simply the preaching of the gospel. The Pelagian argues that John 6:44 and John 6:65 are simply saying that if no one is presented with the gospel, then no one can come to Christ. It isn’t saying that God must do an internal work of grace to enable us and persuade us to respond like we Arminians believe. They will appeal to Romans 10:14 to make this point stronger: “How, then, can they call on the one they have not believed in? And how can they believe in the one of whom they have not heard? And how can they hear without someone preaching to them?”

What are we who are Arminians and Calvinists to make of this passage? Does man really have an innate ability to turn to God? Is no grace needed to bring a man to faith? Does he just need to hear the gospel preached? First, I’d like to say that even if the Pelagians’ exegesis of the two verses in John 6 is correct, that is no reason to think that the doctrines of total depravity and prevenient grace are undermined.

Lydia’s Heart Had To “Be Opened”


In Acts 16, we read that Paul had come to Phillipi (a Roman colony and the leading city of that district). He stayed there for several days and during his stay, he preached the gospel. On one particular occasion, he was preaching to a group of women. Acts 16:14 says “One of those listening was a woman from the city of Thyatira named Lydia, a dealer in purple cloth. She was a worshiper of God. The Lord opened her heart to respond to Paul’s message”.  This verse suggests that Lydia didn’t accept Christ simply because she heard the gospel, but because God did a work inside her at the moment she heard it. “The Lord opened her heart to respond to Paul’s message” This suggests that Lydia accepted Christ not simply because she heard Paul’s preaching of the gospel, but because also The Lord performed an internal work in her which made her able to respond positively to Paul’s preaching. If Lydia had an ability to turn to Christ innately, The Lord wouldn’t have had to do anything to her heart. After all, on the Pelagian view, her heart was fine, it was perfectly capable of choosing God on its own. The fact that God had to do something to Lydia’s heart to affect her response is more consistent with the doctrines of Total Depravity and Prevenient Grace than it is with Pelagianism.

Now, when I brought this verse up in a conversation with someone on Twitter, he pointed out that the sentence that came before this states that she was a worshiper of God. He said “She already was a believer lol. Much like Cornelius in Acts 10. There were Gentiles that already worshiped the God of the Jews, they just hadn’t heard the gospel yet. That’s all that’s happening here. Lydia already knew God but hadn’t heard about Christ yet.”

The problem with this response is that, while, yes, she “worshiped God”, she still hadn’t accepted Christ. As this person said, she was most likely a convert to Judaism like Cornelius. Nevertheless, she hadn’t accepted the gospel of Jesus Christ prior to Paul presenting it to her. Perhaps without being enabled, she would have been like Caiaphas and many of the other unbelieving Jews (Romans 9-11), still believing in God, still being in Judaism, but not being saved because she would have rejected Christ. Paul mentions in Romans 10:1-4 how many of the Jews had a zeal for God, but that their zeal was without knowledge since they sought to establish their own righteousness rather than submit to God’s righteousness.

Anyway, Lydia could have ended up like those Jews. She worshiped God before Paul came, but had she rejected the gospel of Christ, she would have been lost. The Bible says “No one who denies the Son has the Father; whoever acknowledges the Son has the Father also.” (1 John 2:23).  Even though Lydia had the God The Father before she met Paul, she would no longer have had Him had she rejected God The Son. God performed a work on Lydia’s heart to enable her to receive Christ so that that would not be the case.

So, what do you think it means when Acts 16:14 says “The Lord opened her heart to respond to Paul’s message”? It seems to me that the best inference is that God gave Lydia prevenient grace. Why? Because she would have been utterly unable to receive Christ otherwise.

The Rest Of Scripture Testifies To Man’s Inability To Repent

no one seeks for God.” (ESV) and Jesus, in John 8:34-36 says “Truly, truly, I say to you, everyone who practices sin is a slave to sin. The slave does not remain in the house forever; the son remains forever. So if the Son sets you free, you will be free indeed.” The former explicitly says that no one is righteous nor seeks after God. The latter explicitly says that men are enslaved to sin and need The Son (i.e Jesus) to set them free. I don’t know how you can deal with these passages if mankind has an innate ability to choose salvation. It seems clear to me from these scriptures that if God left man to his own devices, He’d never turn to Him. No one would understand Him. No one would seek Him (Romans 3:10-11). Everyone would remain a slave to sin (John 8:34). It would mean that had The Holy Spirit never worked on my heart, I would remain an unregenerate heathen to this very day. I would still be a slave to sin not seeking after God.

So, even if the Pelagians and Semi-Pelagians are right in saying that John 6:44 and John 6:65 aren’t speaking of God needing to enable us to repent by a supernatural work of grace, it doesn’t matter, for the rest of The Bible affirms the inability of man to turn to God (without the help of The Holy Spirit). Whether you think God’s grace is resistible or irresistible, we should all agree that grace of some kind is needed for man to repent.

“Free will is unable to begin or perfect any true and spiritual good, without grace.” – Jacob Arminius


I agree that hearing the preaching of the gospel is a pre-requisite to accepting Christ. But I don’t see any reason to think that that is what Jesus is talking about in John 6:44 and 6:65. Yes, I wholeheartedly agree that one needs to hear about Christ before they can receive Christ (Paul says so in Romans 10), but I would go one step further and say man’s heart must be enabled to respond to the gospel preaching he hears, that without grace of some kind working in the hearts of sinners, no one could or would respond to the hearing of the gospel.

I think the burden of proof lies on the one claiming that John 6:44 and John 6:65 aren’t saying we can’t come to God apart from The Spirits working on our hearts. If the Pelagian wants to say that John 6:44 is merely saying the same thing as Romans 10:14, he needs to give some justification for thinking that. Otherwise, why should Arminians and Calvinists abandon our interpretation and accept that one?

I think the burden is even heavier given that so many other passages in Scripture attest to man’s inability to repent apart from grace (see above). I think an inference can be made from these other scriptures that John 6 is probably talking about that too. If the natural man is unable to obey God’s law (Romans 8:7), and does not seek God (Romans 3:10-11), and is a slave to sin (John 8:34), then perhaps it makes sense to say that Jesus is speaking of this in John 6:44 and 6:65 too.

Does John 6:45 Help The Pelagian’s Interpretation?


When I pressed a Pelagian to meet the burden of proof, he appealed to John 6:45. He said that John 6:45 validates his interpretation of 6:44 (which is that Jesus saying no one can come to him unless they hear the gospel message preached). Because in verse 45, it says “It is written in the Prophets: ‘They will all be taught by God.’ Everyone who has heard the Father and learned from him comes to me.”

Appealing to verse 45 to support the Pelagian interpretation of verse 44 doesn’t work. It leads to an absurd conclusion.  “It is written in the Prophets: ‘They will all be taught by God.’ Everyone who has heard the Father and learned from him comes to me.” If this means what he thought it meant, then that would logically entail that anyone who ever hears the gospel (i.e hears from the Father) will come to Christ. “Everyone who has heard from the Father and learned from Him comes to me.” Well, we know that’s not true. I’ve presented the gospel to many people who rejected it. So either The Bible is wrong, or the Pelagian’s not interpreting this passage correctly. Not everyone who “hears from the Father” (i.e hears the gospel) comes to Christ.


I don’t believe man is inherently able to respond to the gospel without the aid of grace. I affirm that God draws all people by providing them sufficient grace to respond to the gospel (John 12:32), but this grace can be resisted (Acts 7:51). Man is totally depraved and unable to turn to God on His own. Man is able to turn to God only because God took the initiative and freeD man’s will. The pelagian’s attempt to get out of this conclusion by re-interpreting John 6:44 and 6:65 is weak.

Response to Bushey’s Critique Of My Prevenient Grace Article