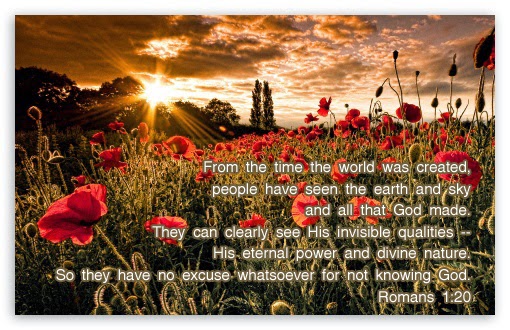 The human body is extremely complex. You possess
3,000,000,000,000 (three trillion) nerve cells all coordinated by the brain.
You have 30,000,000,000 (thirty billion) working sections in your brain. Your
eyes are connected to your brain. If they weren’t connected to your brain, you wouldn’t
be able to see. Your eyes contain 131,000,000 photoreceptors, without which,
you wouldn’t be able to see. You have 24,000 hair-like cells in your inner ear
which react to sound and convert it to nerve impulses.
Your head has an opening called a mouth which has 32 teeth
which grind food to allow you to swallow. The food then goes down the esophagus
and into your stomach where it will remain for short time before being
dissolved by the acids in your stomach. These acids help you absorb the
nutrients from the food to give you energy. After the food is dissolved, it
will turn to feces and then travel through your colon and exit your rectum. The
digestive system exhibits complexity. In fact, it appears like someone
purposefully designed the body so that it would be able to process food
correctly.
There are many, many other complex features of the human
body. Most Christians believe that God exists on the basis of such complexity.
Christians who have never studied apologetics appeal to this complexity. Even
in the first century and before hand, people could understand such a
teleological argument. The Apostle Paul mentioned the complexity of the human
body in a completely different context in 1 Corinthians 12.
The problem with this argument is that the skeptic of God’s
existence will appeal to various arguments for evolution to refute this
argument. That’s why I never use it anymore. I give other evidence for
intelligent design such as The Universal Fine Tuning Argument, The Local Fine Tuning Argument, I explain how DNA needs a designer, how irreducible complexity
points to a designer, and I also point out the flaws in the evolutionist’s argument. But I don’t use the “See how complex our bodies are” argument
anymore.
Nevertheless, it is an intuitive argument. And this
intuition is universally accessible. You don’t have to be a rocket scientist to
reach this intuition. You could be in a third world country and get this evidence. I’m reminded of the Psalmist’s words that the voice of creation “goes out into all the Earth, their words to the ends of the world.” – Psalm 19:4
Aristotle would agree. Aristotle imagined what it would be
like if there were a race of men who lived underground all their lives in a cave
and who suddenly, through an earthquake or something, managed to escape and
come out and see the external world. This is how Aristotle describes the impact
that seeing the world would have upon these men:
“….when thus they would suddenly gain sight of the earth,
seas, and the sky; when they should come to know the grandeur of the clouds and
the might of the winds; when they should behold the sun and should learn its
grandeur and beauty as well as its power to cause the day by shedding light
over the sky; and again, when the night had darkened the lands and they should
behold the whole of the sky spangled and adorned with stars; and when they
should see the changing lights of the moon as it waxes and wanes, and the
risings and settings of all these celestial bodies, their courses fixed and
changeless throughout all eternity – when they should behold all these things,
most certainly they would have judged both that there exist gods and that all
these marvelous works are the handiwork of the gods.”
The Holy Spirit is
Witnessing To Everyone.
If Christianity is true (and the atheist is assuming it is
in order to make his case against God), then The Holy Spirit is witnessing to
the hearts of everyone in order to get them to repent and turn to The Lord.
This is why some Christian Philosophers argue that belief in God is a properly
basic belief. A Christian can be justified in believing God even in the absence
of any arguments for His existence, these philosophers will argue, because The
Holy Spirit is speaking to them. People encounter God.
God Leads Everyone To The
Level Of Evidence They Require
When people refused to believe in Jesus as the Son of God, Jesus
said that they were without excuse, since the evidence of His divine identity
had been amply demonstrated: “If I had not done among them the works which
no one else did, they would have no sin; but now they have seen and also hated
both Me and My Father” (John 15:24). God understands that people need
evidence to believe. He understands that it’s unreasonable to ask people to
believe in something without good reasons. That’s why God leads people to the
evidence that they need in order to believe the truth of Christianity.
A great deal of atheists I’ve talked to on the internet are
well acquainted with the arguments I’ve linked to above. Arguments such as The Kalam Cosmological Argument and The Fine Tuning Argument. This is because
God knows they need a deep argument to believe.
Others have to come to faith through having a religious experience
(i.e having a radical encounter with God). Others have come to believe in a
Creator through simply observing the orderliness of nature and intuitively
inferring God. Not everyone needs an argument to be convinced of Christianity,
but for those who do, God leads them to it. Why else do you think He’s lead you
to this blog? 😉
Not all evidence is the same, not all of it is equally
convincing, but I believe God grants sufficient evidence in the type and
strength to each person who requires that particular type and strength.