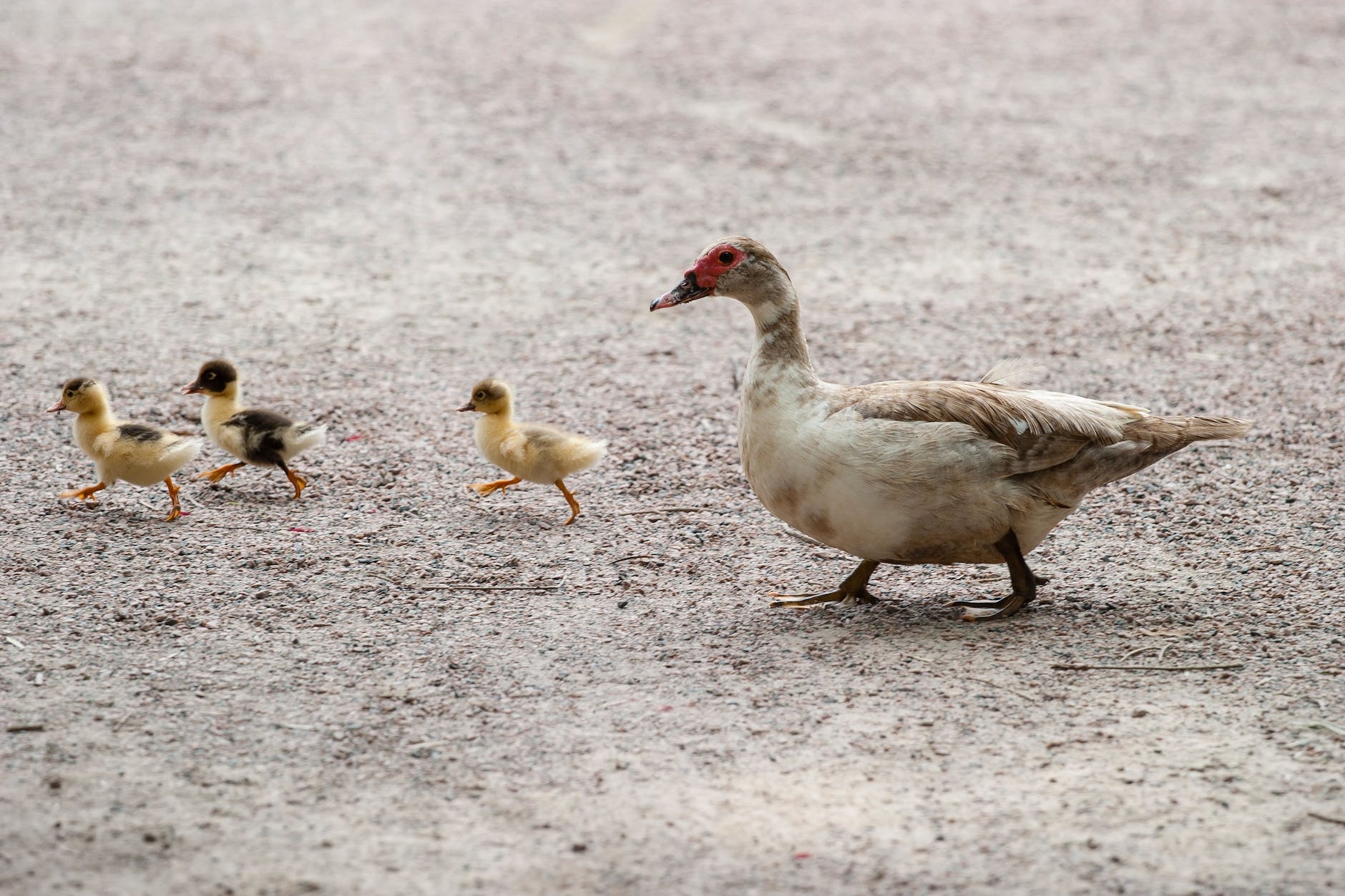 One common argument creationists give against the concept of Evolutionary Creationism (i.e the view that God used evolution to bring about life) is that Genesis is replete with the phrase “according to their kinds”. Whenever God would bring a type of creature into being in the Old Testament, He would say “let them reproduce according to their kinds”. Take the first life ever to come on the scene as one example. “And God said, ‘Let the water teem with living creatures, and let birds fly above the earth across the vault of the sky.’  So God created the great creatures of the sea and every living thing with which the water teems and that moves about in it, according to their kinds, and every winged bird according to its kind. And God saw that it was good.” (Genesis 1:20-21, emphasis mine).

Special Creationists argue that God could not possibly have used evolution to bring about life because The Bible says that all of the creatures God created reproduce according to their own kinds. If that’s the case, they argue, then evolution would contradict scripture since Darwinian Evolution posits that creatures don’t reproduce according to their own kind, but kinds can give rise to different kinds. On Macro Evolution, you have one “kind” of animal giving rise to another “kind” of animal. Therefore, the creation account rules out evolutionary creationism.

Is this a good scriptural argument against evolution? I don’t think so.

First of all, let’s consider how one may view this from a concordist standpoint. A concordist is someone who believes that science and scripture occasionally talk about the same things, and when they do, they will agree. For example, The Bible says the universe had a beginning (Genesis 1:1) and that ocean life was the first life to ever be created (Genesis 1:20). A concordist would say that science, done correctly, will agree with The Bible. Incidentally, science does agree with scripture on these points. The Big Bang is the beginning of the universe, and all biologists will tell you that life began in the ocean. Fish came before apes and apes came before men according to both The Bible and modern science.

One way he could interpret this would be to say that this is just the commonsense observation. It’s the observation that a type of creature gives birth to the same type of creature. My parents gave birth to a human being like themselves (me), and my grandparents who were also human, gave birth to them, and their parents who were also human, gave birth to them, and so on. Cats beget cats. Dogs beget dogs. Cows beget cows. However, this is an obvious truth that no one denies, not even Darwinists. I don’t believe that the phrase “They reproduced after their own kind” necessarily precludes the possibility that through millions of years of mutation and natural selection, one kind couldn’t give rise to another. I think this verse would only be applicable if Darwinian theory posited that a monkey could give birth to a human being in a single generation. The passage doesn’t seem to be arguing against evolution, but merely asserting the obvious truth that Animal A gives rise to animal A and not animal B.

Accomidationalism is the view widely held by many evolutionary creationists today. However, even before Darwin came along, there were theologians who held to this view. John Calvin is one example. Galileo Galilei is another example (he appealed to it when responding to proof texts for geocentrism).

Now what is this view? This view asserts that God was not concerned to correct the faulty science of the ancients during the time scripture was written. They held to a sort of flat earth, dome cosmology, and you find this sort of cosmology in scripture. Accomidationalists will say that God allowed these scientific misconceptions to get into scripture because correcting them wasn’t relevant to the point God was trying to make, and moreover, if He made these corrections, the people of that time would have quibbled amongst themselves about how these things could possibly be true, and they would have missed the whole point that the scriptural passages like Genesis 1 and Psalm 104 were trying to convey.

God’s point in Genesis 1 is that He is the Creator of everything that exists. Nothing came into being except through God’s creative power. If God had described the natural world correctly, contradicting the common wisdom of the day, then the people of that day and age would have been distracted, arguing and wondering how the sky could hold water if there’s no vault up there, or how people don’t fall off the Earth if it’s a sphere. God, in His wisdom, accommodated their scientific misunderstandings so that they would not miss the forest for the trees, and instead focus on the essential truths God was trying to convey.

He has done this in non-scientific areas as well. For example, during the early period of the Old Testament, God did not correct Israel’s erroneous belief now called “henotheism” which is the view that there are many gods, but there’s oneGod (i.e Yaweh) that is superior to all of them. When God gave The Ten Commandments, He didn’t assert the truth of monotheism, instead He simply told Israel that they should only worship Him. He told them not to worship any other gods (see Exodus 20:2-3). Before they drove out the Canaanites, God told them “Do not intermarry with them. Do not give your daughters to their sons or take their daughters for your sons, for they will turn your children away from following me to serve other gods, and the LORD’s anger will burn against you and will quickly destroy you.” (Deuteronomy 7:3-4). In the case of giving the first commandment, and in His instructions to Israel before they drove out the Canaanites, God presupposed the truth of henotheism. He didn’t seek to tell them “Hey, these other gods don’t really exist.”

It wasn’t until Isaiah’s ministry that God really put emphasis on monotheism, saying things like “Is there any God besides me? No, there is no other Rock; I know not one.” (Isaiah 44:8b), and “I am the Lord, and there is no other; apart from me there is no God.” (Isaiah 45:5a). Although He did assert it earlier, in Deuteronomy 6:4, he didn’t emphasize it. Most of the time, God talked as if these other gods actually existed. In addition to this, you’ve got the practice of polygamy. You’ve got the practice of taking of concubines and divorce, which God seems to have allowed and regulated, even though the “truth” is that marriage is supposed to be between one man and one woman for their whole lives (see Mark 10:7-9). God did not always see fit to insist on strict monotheism or monogamy, so maybe He would also not see fit to always insist on correct cosmology. Jesus Himself seemed to hold to a bit of accomidationalism regarding divorce. When asked why Moses said divorce was okay if divorce is a sin, Jesus responded “Moses permitted you to divorce your wives because your hearts were hard. But it was not this way from the beginning.” (Matthew 19:8), and then proceeded to say that divorce should not be permitted under any circumstance except for marital unfaithfulness (Matthew 19:9).

Now, I’m not saying this view is my own. I need to study this more before I make up my mind. However, I’m not nearly as uncomfortable with as I used to be thanks to BioLogos’ answers to my concerns about it. However, it does make some sense. And it certainly would be in line with the hermenuetical principle that you should always read scripture in light of what it would mean to the original audience. And we do have some non-science examples of it in scripture (e.g what Jesus said in Matthew 19:8). So, it very well could be the case.

Now, what am I getting at here? Simply that if the Accommodation view is correct, the “According to their kinds” scripture could just simply be more of God not seeking to correct the faulty science of their day [1]assuming of course that special creation is faulty. Imagine if God had put some imagery of evolution in scripture. We could easily imagine people thousands of years ago going “Preposterous! Apes giving rise to mankind!? Giant lizards eventually becoming birds!? This is absurd!” And they would have quibbled over this. They would have missed the entire point of the creation account.

God gave us two books; the book of scripture and the book of nature. God, in His foreknowledge, knew that we would eventually learn more about the natural world through scientific investigation. Therefore, He saw no need to tell us about the lack of a dome or evolution in advance. God knew that what we couldn’t get in one book that He gave us, we could get from the other.


As of the time of this writing, I’m still not an evolutionary creationist myself. However, I’m writing this blog post to let people know that The Bible doesn’t close the door on EC. If EC is to be rejected, that will only be on the basis of scientific evidence. I’m still OEC only because I’m still not convinced macro evolution could occur (though micro evolution certainly does).


Whether you agree with the accomidation view, or whether you’re a concordist, I don’t think you’re forced to reject evolution on the basis of the “according to their kinds” phrase found throughout Genesis 1. Either hermenuetic approach could accommodate (pun not intended) this phrase into an evolutionary creationist creation model.

Is Mark 10:6 Evidence For A Young Earth?

Should We Not Use ANE Creation Texts To Understand Genesis?