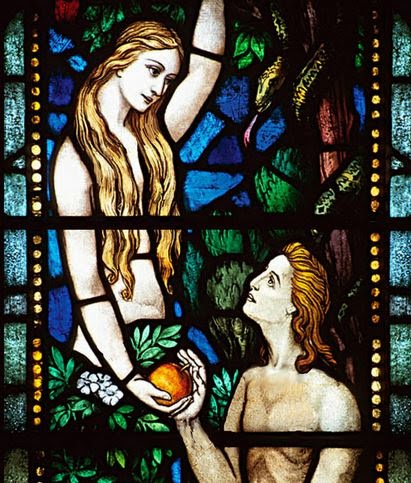 The context is this verse is the institution of marriage. Jesus had just left Capernaum and went down to the region of Judea and into the area east of the Jordan River and many crowds were gathering around Him (Mark 10:1), Pharisees came around and tried to trap him as they normally did by asking difficult questions (Mark 10:2) and the question that they posed to Jesus was “Should a man be allowed to divorce his wife” and then Jesus asked them “What did Moses say in the law about divorce?” (Mark 10:3) and the Pharisees told Him that Moses permitted a man to divorce his wife. “He said a man can give his wife a written notice of divorce and send her away.” (Mark 10:4) then Jesus told the Pharisees that Moses said that because of the hardness of human hearts (Mark 10:5” Then He said “”But at the beginning of creation God ‘made them male and female.’” – Mark 10:6

Matthew’s Gospel contains a parallel of that verse. “And He answered and said to them, “Have you not read that He who made them at the beginning ‘made them male and female,’ and said, ‘For this reason a man shall leave his father and mother and be joined to his wife, and the two shall become one flesh’?” – Matthew 19:4-5

Young Earth Creationists like to point to this verse and say “AT THE BEGINNING OF CREATION God created humans male and female. He created them at the beginning, NOT 14 billion years later! Your view is in contrast to the holy word of God!” At first look, this might seem to be a compelling argument against the day-age view of Genesis 1-2. However, when you think about it for a little bit, I think it’s easy to see that this interpretation of Mark 10:6 is actually in contrast with the word of God and creates a contradiction in the scriptures. When you read Genesis 1-2, it’s obvious that God did not establish marriage “At the beginning of creation”. He couldn’t possibly have done so. Human beings didn’t walk the Earth until creation day 6. Even if you were to think that the days in Genesis 1 are 24 hour days rather than long periods of time, you still don’t have human beings at the literal beginning of creation! Adam and Eve didn’t exist for at least 120 hours after God started creating.

What Did Jesus Mean When He Said “At The Beginning Of Creation”?

Whether young-earth or old-earth, we believe that creation was not finished until Eve was created. This can also be seen from examining other passages that uses similar language.

From the Foundation of the World

In Luke 11:50-51, Jesus only indicates that Abel was the first prophet killed since (apo) creation’s completion. Compare Hebrews 4:3, where it says “… although His works were finished from (apo) the foundation of the world.” Obviously God’s works were not finished in Genesis 1:1, but only after Adam and Eve were created. The context makes it clear that the Bible is speaking of things which occurred since creations completion.

Matthew 19:4 is the parallel of Mark 10:6. The context is found in verses 3-8. The phrase “from the beginning” is in verses 4 and 8. This is the same context for Mark 10:2-9. The context makes it very clear that the reference is from the time of the creation and marriage of Adam and Eve.

From The Beginning Of Creation

Mark 13:19 – The context is found in verses 7-20 and makes it clear that the tribulation referred to in verse 19, is tribulation experienced by humans. This again points us to things occurring since the creation of Adam and Eve.

2 Peter 3– The mockers seem to be Jewish because they refer to the “fathers” (OT Jews). They are mocking the promise of Jesus’ return, so Peter brings up the fact that God’s word is sure. He points out that it was God’s word that brought about creation (verse 5). That it was by His word that this creation will be destroyed (verse 7). Peter is also including God’s word along with the water (verse 6).

Once Peter has shown the surety of God’s word, he goes on to explain the delay in the promise of Jesus’ return (verse. 9) and points out another promise (verse 13).

Peter also deals with the second part of their mockery, the idea that everything continues unchanged. He reminds his readers that there was a great flood which destroyed all of humanity, but eight (verse. 6). In the context, 2 Peter 3:4 is about Jews forgetting that there have been and will be interventions, by God, since creation’s completion. The Bible is again pointing to occurrences since the end of the creation week.

From The Beginning Of The World

Tags: Age Of The Earth

Q and A: Questions About Evolution, Adam and Eve, and Accomodationalism

Should We Not Use ANE Creation Texts To Understand Genesis?