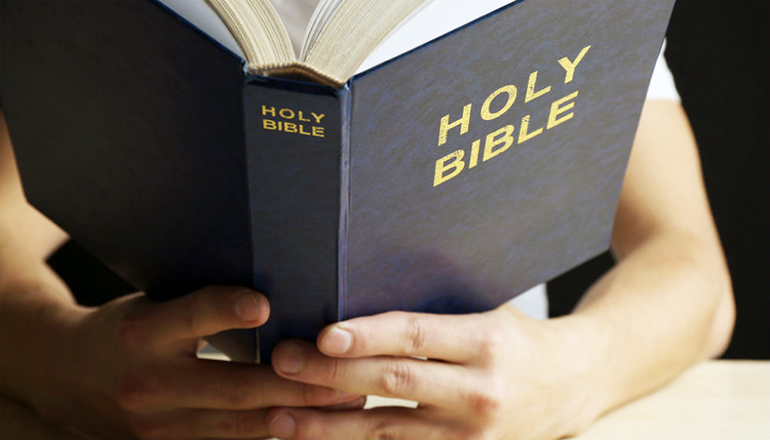 October 31st has come and gone. And while many people see the date as Halloween, we protestant Christians remember it as the anniversary of The Protestant Reformation. As I was thinking about the reformation, I was reminded of a conversation I had with one of my Catholic friends. A while back, when talking about the release of my newest book “Yahweh’s Inferno: How Scripture’s Teaching On Hell Doesn’t Impugn The Goodness Of God”, I said that I think the eternal torment view of scripture has an even weaker case for it than Calvinism does. You folks who have been following this ministry for a while should know how huge of a statement that is! I said that I don’t ever see myself going back to the eternal torment view of Hell anytime soon. I used to read scripture’s teachings about Hell through the lenses of my theological traditions. So many preachers talked about Hell as eternal torment and Hollywood and comic strips depict Hell as eternal torment. So when I went to The Bible and saw verses (like Matthew 10:28) that seemed to imply annihilation, I just shrugged my shoulders and thought to myself “Interesting. But this can’t mean what it seems to mean. Everyone knows Hell is a place of eternal torment.” Instead of letting the word of God speak for itself, I let the Christian culture blind me to the meaning of the text. And when I had to prove ECT from The Bible, it increasingly got harder for me to support my case. I thought proof was all over scripture, but as my annihilationist friends pressured me more and more to support my case, I continually found the biblical foundations for the traditional view crack more and more. The evidence for annihilationism is overwhelming, and the reader of this blog post is advised to get a copy of my book “Yahweh’s Inferno: How Scripture’s Teaching On Hell Doesn’t Impugn The Goodness Of God”, to see that biblical evidence.

In the aformentioned thread, a Catholic friend of mine said he would get the book and read it and said “I’m not sure Church Tradition or Scripture can permit a full-annihilation concept. However I’m more than open to reading the book, and will compare it’s conclusions to Scripture, Tradition, and the Magisterium.”

I responded “I will surprised if you walk away unconvinced or at least with your confidence in ECT shaken. The biblical evidence is just overwhelming. And I only scratch the surface in MY book. I spend 3 chapters on it, but I don’t linger TOO long on it because I want to move on to other objections ppl have to the doctrine of Hell (e.g the problem of the unevangelized, what happens to infants, why would God create people He knew would reject Him). Edward Fudge’s The Fire The Consumes is probably an exhaustive treatment of the biblical evidence, and he shows that church fathers throughout history have held this view. I don’t get into that, but as a Catholic I know that’s more important to you than it is to me.”

He responded “Well I put Church doctrine ahead of my personal beliefs so what I believe has to match that. If there is room for debate/I’m able to come to my own conclusions on the issue I’ll more than happily choose which one is more rational to me, but if the Church says xyz as dogmatic/doctrinal, then I have to go with that lol.”

I responded “I have to stick with exegesis. If God’s word says something, then I’m obligated to go with it. Tradition be damned.”

He responded “But how do you know if your exegesis is correct? I mean, I’m sure progressive Christians sincerely believe that their bible approves of homosexuality, abortion, etc. What sets your analysis apart from theirs? I’d have to agree with Paul and recognize infallible tradition as the only guidepost we have in the face of opposing views (2 Thessalonians 2:15 and a number of other Scriptures might not jive with damning tradition lol).”

The problem my Catholic friend has is that he seems to think that a scripture alone approach to doctrine opens the floodgates to all sorts of heresies and wrong thinking. If we don’t have guys in big hats to guide us and tell us what is acceptable doctrine, we’ll just doctrinally be all over the place! This concern is not new. During the middle ages, a non-clergyman wasn’t even allowed to own a Bible out of a fear that he wouldn’t read it properly.

I think this fear is misguided. Yes, if a Christian reads or studies his Bible irresponsibly, one can come to all kinds of weird views, and even start heretical cults. But this is not a necessary entailment of sola scriptura.

After my friend asked me how I knew my exegesis was correct, I responded by saying:

“The rules of hermeneutics. I can never have 100% certainty in my interpretation. There’s always a chance I could be wrong. But that’s with anything. I don’t even have 100% certainty that God exists or that Jesus rose from the dead. I’m certain beyond a reasonable doubt, but I don’t have cartesian certainty. I don’t have cartesian certainty for anything except the laws of logic and my own existence. But if I do my due diligence of interpreting verses in their immediate context, cultural context, let clear verses of scripture interpret unclear, etc. then I can be reasonably certain I’ve come to a correct reading. I don’t get your mindset that we have to have infallible popes to tell us what to believe or else we open the flood gates to utter theological relativism. Moreover, just as scientists peer review and cross-check each others’ works, theologians and Bible scholars do the same when they debate, respond to each other in writing, and so on. Biblical interpretation need not be a private endeavor I undertake on a Saturday afternoon by myself with mystical experiences accompanying them. There’s a reason I read lexicons, theology books, and commentaries in addition to JUST one of my Bibles. And that’s it. I read the work of scholars who agree with me and the work of scholars who disagree in order to see if my interpretation can stand up under scrutiny. When I came to The Cosmic Temple/Functional Origins view of Genesis 1, I thought John Walton gave some pretty potent arguments in his favor. But then I decided to put it through the fire of critics. I read everything I could responding to Walton (which became a series of response articles on my website) and I came out thinking ‘Walton’s probably right. These critics are wrong.’ Walton did his due diligence as an Old Testament scholar and so did I, by reading his critics. Now, I know I haven’t read ALL his critics, there’s still probably some Cosmic Temple/Functional Origins detractors I haven’t gotten to, but I eventually stopped because they just kept bringing up the same objections as the people I read previously. My point is this; I don’t need an infallible pope to tell me which interpretation of The Bible is correct anymore than I need some infallible doctor to tell me which scientific theory is correct. I can look at the evidence, listen to the experts who agree and disagree, and come to a conclusion with a reasonable degree of certainty.”

Exegesis can be like scientific investigation. We can debate differing interpretations in the public square, we can peer-review each others work, subject them to rigorous scrutiny, and revise or abandon our interpretations if they don’t pan out. As I have said in other places; I’ve done this numerous times. I abandoned the concordist Day-Age interpretation of Genesis 1 in favor of the non-concordist Cosmic Temple Inaguration View. I abandoned the Neanderthal interpretation of the Nephilim of Genesis 6 and embraced the Angelic-Human hybrid view. I abandoned the eternal torment view of Hell in favor of annihilationism. I abandoned “Left Behind” eschatology for Partial Preterism a.k.a Orthodox Preterism. I embraced The Divine Council Worldview. I’ve had my views refined over the years by rigorous academic study.

Biblical interpretation is like scientific research (or at least should be). We need to be cross-checked by other exegetes, have our these peer-reviewed, and debate our views to see if they can withstand scrutiny. This, along with being as faithful as possible to follow the rules of hermeneutics (immediate context, cultural context, context of the whole Bible, letting clear verses interpret unclear etc.) should help keep one’s interpretive margin of error somewhat small. Not nonexistent, but small. We’ll get SOME things wrong. Science gets things wrong sometimes. But if we follow sound method, we’ll be more right than we are wrong. And if, as individual Bible students, we follow sound method correctly, we should move more and more towards correct views and away from false ones. Over the past decade of my research, I have tried to be as faithful to the text as possible, and putting forth that effort has caused me to abandon many in-house views (specifically the ones mentioned above) in favor of the ones I hold now. But while I’ve had some of my theological beliefs demolished, I’ve had others strengthened; the essentials laid out in The Apostle’s Creed, The Nicene Creed, and The Athanasian Creed, but even non-essential beliefs like my belief in Arminianism (or more accurately a uniquely Molinist flavor of Arminianism).

So I think Roman Catholics are wrong in thinking that sola scriptura just opens the floodgates to all kinds of heretical and wrong “private interpretations”.

5 Reasons I’m Not A Roman Catholic