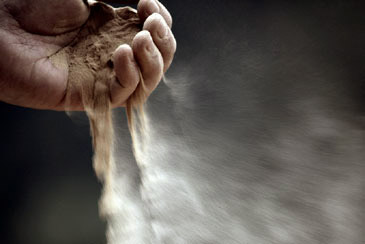 Message Body:
I read in your article that you believe that Adam being made of dust was a reference to his being mortal, in this case “Why There’s No Conflict Between Evolution and a Historical Adam”, I have a doubt about that, first of all, wouldn’t that violate the Ecumenical councils? In here:

“That whosoever says that Adam, the first man, was created mortal, so that whether he had sinned or not, he would have died in body — that is, he would have gone forth of the body, not because his sin merited this, but by natural necessity, let him be anathema.” (Council of Carthage +419, Canon 109)

“[God] made everything that he made very good {cf. Genesis 1:31}, and cannot ever be the maker of evil. But if there is any evil, that is to say, sin, that comes about contrarily to the Divine Will, in man or in demon, — for that evil is simply in nature, we do not acknowledge, — it is either of man, or of the devil. For it is a true and infallible rule, that God is in no way the author of evil, nor can it at all by just reasoning be attributed to God.” (Council of Jerusalem +1672, Decrees IV)

“As all Mankind, during the state of Innocence, was in Adam; so in him all Men, falling from what he fell, remained in a State of Sin. Wherefore Mankind is become, not only subject unto Sin, but also, on Account of Sin, unto Punishment; which, according to the Sentence pronounced of God, was (Gen. ii. 17), In the Day that thou eatest of the Tree, thou shalt surely die. And to this the Apostle alludes {Rom. v. 12), Wherefore as by one Man Sin entered into the World, and Death by Sin, and so Death passed upon all Men, for that all have sinned. So that we are conceived in our Mother’s Womb, and born in this Sin, according to the holy Psalmist (Psal. li. 7), Behold, I was shapen in Wickedness, and in Sin hath my Mother conceived me. This is called parental, or original Sin, first, because that, before this, Man was free from all Sin; although the Devil was then corrupt, and fallen, by whose Temptation this parental Sin sprang up in Man; and Adam becoming guilty, we all likewise, who descend from him, become also guilty. Secondly, this is called original Sin, because no Mortal is conceived without this Depravity of Nature.” (Council of Jassy +1642, Question 24)

“The earth, created, adorned, blessed by God, did not have any deficiencies. It was overflowing with refinement. “God saw,” after the completion of the whole creation of the world, “everything that He had made: and, behold, it was very good” (Gen. 1:31). Now the earth is presented to our eyes in a completely different look. We do not know her condition in holy virginity; we know her in the condition of corruption and accursedness, we know her already sentenced to burning; she was created for eternity. The God-inspired writer of Genesis says that the earth in its original condition did not have need of tilling (Gen. 2:5): it brought forth by itself grains and other nourishing grasses, vegetables and fruits overabundantly and of superb worth. There were no harmful growths on it; plants were not subjected either to decay or to diseases; both decay and diseases, and the weeds themselves, appeared after the alteration of the earth following the fall of man, as one ought to conclude from the words of God to Adam as he was being exiled from Paradise: “Thorns and thistles shall it [the ground] bring forth to thee” (Gen. 3:18). According to its creation, there was on it only the splendid, only the wholesome, there was only that which was suitable for the immortal and blessed life of its inhabitants. Changes in the weather did not exist: it was continually the same-the most clear and favorable. There were no rains. A spring came forth from the earth and watered its face (Gen. 2:5-6, Septuagint). The beasts and other animals lived in perfect harmony among themselves, nourishing themselves on plant life.” (Homily on Man, pg. 19)

And what about the fact that the majority view of the Church Fathers, medieval theologians, and Reformers were Young Earth creationists? For documentation, see creation.com/fathers.

I ask this as a matter of theological consistency since our core beliefs like the Trinity, Christology and many other positions clearly come from the Ecumenical councils and the Church Fathers. That is why we reject outliers who believed in positions like Modalism and other heresies.

I hold only ecumenical councils to be authoritative. I realize there are other councils, but I don’t grant those the same authority as The Apostle’s Creed, The Nicene Creed, The Athanasian Creed, The Chalcedonian Creed, and the 3 of Constantinople. Basically, the ones you cited don’t matter.
Moreover, councils have authority in so far as they agree with the Bible. They do hold some weight as they reflect God’s providential guidance of the Church. But ultimately, as a protestant, I put even the creeds (even the 7 I pay attention to) before the bar of scripture.Now, I don’t know what religious tradition you come from, Henrique. If you are a Roman Catholic, you won’t share my opinion that The Bible is our ultimate authority, but I think putting the words of uninspired men like Popes and creeds on par with the very words of God is an error.
You wrote //”And what about the fact that the majority view of the Church Fathers, medieval theologians, and Reformers were Young Earth creationists?”// —
This is a really fallacious comment. While it is true that no one back then believed the Earth and universe were billions of years old or that we evolved as opposed to being miraculously poofed into being (but they were also geocentrists and believed in a flat Earth), many church fathers did hold interpretations of Genesis 1 and 2 that would accomodate such a scientific understanding of origins. For example, St. Augustine proposed The Framework Hypothesis in the 400s, and several church fathers advocated for the Day-Age view. I recommend reading the book “Early Christian Readings of Genesis One: Patristic Exegesis and Literal Interpretation” by Craig D. Allert which surveys these historical opinions on Genesis. The idea that everyone interpreted Genesis 1-3 in exactly the same literalistic way until Darwin came along is a historical falsehood propagated by countless young earth ministries like Answers In Genesis and “Doctor” Dino (a.k.a Kent Hovind). It’s just simply not true. Even back then there were differences of opinion on whether the days were literal, chronological, long time periods, or whether the whole thing should be taken allegorically.
You wrote \\”Our core beliefs like the Trinity, Christology and many other positions clearly come from the Ecumenical councils and the Church Fathers.”\\ — This is false. Those doctrines are true based on Scripture. They have authority based on Scripture. The councils are simply stating what you can find in The Bible.
By the way. the Church Fathers confessed that much!
The reality is God is at work in his Church and he guided his Church to interpret Scriptures better and better. The doctrines are in Scripture. The Church didn’t come up with these on their own, they reflected on the raw data of scripture, systematized it, and confess them as true in the form of creeds. These creedal statements are also not arbitrarily chosen as essentials of the faith. There’s reasons why you MUST, for example, affirm the Trinity rather than modalism or tri-theism. There are reasons this isn’t an in-house debate like the Arminian/Calvinist debate. And hopefully some day, I hope to produce the material explaining why the essential doctrines of the Christian faith are essential to Christianity being Christianity.
By the way, it makes a lot of sense that the Church focused first on important matters such as theology proper, Christology and trinitarianism. Then the reformation with soteriology. Is it not fitting how we came only in the past few centuries to address creation issues? How wise is the LORD!
I would agree with Old Testament scholar Ben Stanhope that we’re actually in the best position to interpet Genesis 1-3 (and the whole Primeval History for that matter) than we have ever been in church history. Not only do we have the biblical text in Hebrew, but we have creation myths and writings and archeological findings from the Ancient Near East – especially Ugarit, Israel’s closest neighbor geographically and from whom they share many cosmological and theological concepts and terms – such that we can really get into the mindset of an Ancient Israelite, to think how they thought, to read the text the way the author and very first listeners would have interpreted it. We can get into what John Walton calls “The Ancient Cognitive Environment”. Some of the discoveries from the Ancient Near East are very recent and shed some light on Old Testament motifs such as the Chaoscompf, for example. While I don’t think we should ignore the patristics on what they said about Genesis 1, and Adam and Eve, they were reading in a completely different cognitive environment, and they didn’t have access to the same types of data that we have now. Stanhope talks more about this in his book “(Mis)Interpreting Genesis: How The Creation Museum Misunderstands The Ancient Near Eastern Context Of The Bible”.
At the end of the day, I hope you’ll look at the biblical and cultural contextual arguments I give for the positions I take regarding Genesis 1, Adam and Eve, The Nephilim, and so on, and don’t worry so much about what some irrelevant, non-eccumenical council said. The Word of God in its Ancient Near Eastern context is what we should concern ourselves with, not with what some men wrote down thousands of years after Genesis was written.

Old Testament scholar Michael Heiser says it well: “…there is a pervasive tendency in the believing Church to filter the Bible through creeds, confessions, and denominational preferences. That’s not a bad thing. It’s a human thing. Creeds are useful for distilling important points of theology. But they are far from the whole counsel of God, and even farther from the biblical world. This is something to be aware of at all times.

Lest I be misunderstood, I’m not arguing that we should ignore our Christian forefathers. I’m also not saying that we’re smarter. They were prodigious intellects. The problem isn’t their brain power—it’s that they were simply too removed from the world of the biblical writers and had little chance of bridging that gap.

It might sound odd, but we’re actually in a better position than any of our spiritual forefathers in that respect. We live at a time when the languages of the major civilizations that flourished during the lifetimes of the biblical writers have been deciphered. We can tap into the intellectual and cultural output of those civilizations. That output is enormous—millions of words. We can recover the worldview context (their ‘cognitive framework’ in scholar-speak) of the biblical writers as never before. The same is true of the New Testament writers because they inherited what had come before them and were part of a first-century world two thousand years removed from us.”1

If Evil Isn’t A Substance, How Can People Inherit An Sin Nature?