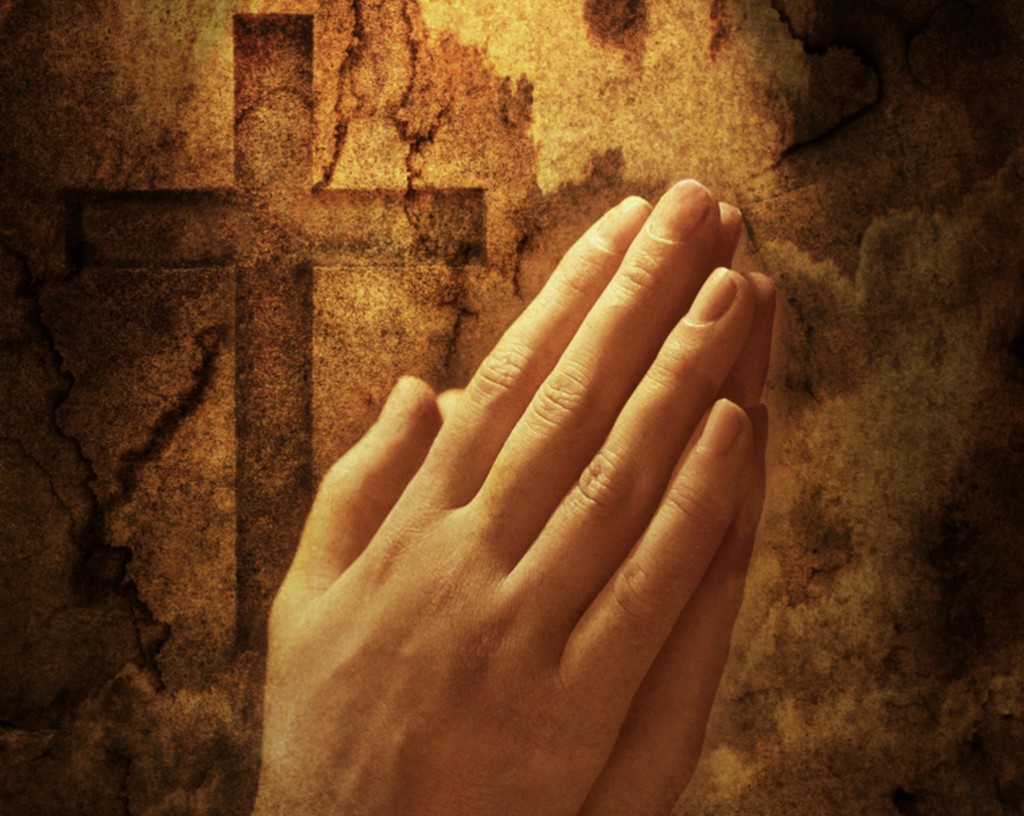 Is there anything wrong with The Sinner’s Prayer? Well, first, what is “The Sinner’s Prayer”? If you’ve been to a few churches and have heard the gospel preached, you’ve probably heard The Sinner’s Prayer. The Sinner’s Prayer is usually a scripted prayer that the pastor says right after his sermon is over and he’s giving the invitation to the audience to commit their life to Christ. I heard The Sinner’s Prayer a few time recently in live streaming concert hosted by Franklin Graham. The concert was called “Greater Jacksonville Festival Of Hope” and consisted of several musicians and bands from the Christian Contemporary market such as Lacey Sturm (the former frontwoman of Flyleaf), The Charlie Daniels Band, The Newsboys, Tenth Avenue North, and others. Franklin Graham would preach the gospel message for one hour every one of those 3 nights. He would then give the sinner’s prayer, and pause for a moment after each line so that the audience could repeat after him. In fact, that concert is what inspired me to write this.

The Sinner’s Prayer takes several different wordings, but they all essentially say the same thing. Something like “God, I’m a sinner. I realize I’ve made a mess of my life, and that I have broken Your commandments. I believe that You sent Jesus Christ to die on the cross for my sins. I hereby repent of my sins and ask You to forgive me by cleansing me with the blood that Jesus shed for me on the cross. Make me born again. Make me a new creature in You. In Jesus’ name, amen.”

On the face of it, there doesn’t appear to be anything wrong with that, does it? But over the past couple of years I’ve heard several objections to the use of The Sinner’s  Prayer. I think some of the points they make are good points, but I don’t think the points they make are a strike against The Sinner’s Prayer. Rather, they should bid us to beware of how we use it in evangelism.

*”The Sinner’s Prayer Is Not Mentioned In The Bible”

Is this a good objection? I don’t think so. The fact that the apostles didn’t use The Sinner’s Prayer in evangelism is not proof positive that modern evangelists should refrain from using it. After all, the apostles didn’t drive cars to do their sermons. I don’t recall reading that Paul got in his Buick and zipped all over the Greek world. He probably would have loved something like that (would have saved him a lot of walking) but unfortunately, automobiles weren’t invented until approximately 2,000 years later. Going door to door to evangelize people is also not mentioned in scripture. The use of The Kalam Cosmological Argument or The Fine Tuning Argument to convince people that God created the universe isn’t in The Bible (although the use of apologetics certainly was, see my article “Does The Bible Need Defending”). The use of church buildings isn’t in The Bible (most people had church in their homes for the first couple of centuries after Jesus rose from the dead), and consequently church pews certainly weren’t in use.

If we’re going to reject something simply because of a lack of its use in The Bible, we’d have to ban all sorts of things. Everything from driving to church, to modern scientific evidence for creation and design, to the use of church buildings and pews. In fact, we’d also have to not use the internet to reach out to people because none of the apostles had internet either.

*”The Sinner’s Prayer Is Deceptive. It makes people think that all they have to do is pray a little prayer, and that’s it. They’re saved.”

This objection is actually a lot better than the previous one. I can easily imagine thinking that if they recite some prewritten formula that they’re magically saved. However, I think the evangelist needs to make it clear that there’s nothing special about the sinner’s prayer, and that there is a great imperative for them to actually turn away from their sins and to stop living the way they’ve been living. After all, that’s what “repent” means. It means “to turn from” something. It means to do a 180 in your life. We need to make sure people know that this is a serious commitment (see Matthew 16:24, Luke 14:27-33). We need to make sure they understand the meaning of the word’s they’re uttering. That they are sinners (Romans 3:23, Psalms 14:2-4) that they’re going to face eternal death in the afterlife for what they’ve done (Romans 6:23a), but that they can be forgiven for their sins by turning away from their way of living (Isaiah 55:7) and confessing their sins to God, asking Him to forgive them (1 John 1:9), placing their trust in Jesus to save them (John 3:16). And when one gives a sermon, they need to make those facts very clear.

This is not a strike against the sinner’s prayer. This is, at most, a caution in what we say in our sermons if we’re going to be using The Sinner’s Prayer.

We do need to steer clear from “easy believism”. It’s not enough just to believe that God exists, that Jesus died on a cross, that He rose from the dead, that
there’s a Heaven and a Hell. The Bible says that even the demons
believe these things (James 2:19), yet read Revelation 20:10 to find out
what the devil’s fate is going to be! He’s not saved! He’s on his way
to Hell! And yet he agrees that God exists (James 2:19). It’s not enough merely to believe that facts about
God. You need to dedicate your life to serving Him. You need to place
your trust in Him, and repent of your sinful lifestyle. This is called belief in. Satan has the former, but not the latter. To be saved, you need both the former and the latter.As my friend Richard Bushey once put on the sign outside of his church; “Mere confession of faith is not enough, you must be born again”.

I don’t find anything wrong with The Sinner’s Prayer. I see The Sinner’s Prayer as a helpful guide to aide people who have never talked to God before, people who are not quite sure what to say to this Being they want to cultivate a relationship with. So The Sinner’s Prayer can help them get started. But if they can get by without it, that’s good too. I think The Sinner’s Prayer is optional. I know I didn’t recite it when  I gave my life to Christ. I just cried out to Him, He heard me, and He rescued me from the dark abyss that was my life.

*How Should We Pray And What Should We Pray For?
*What Is The Point In Praying For Someone’s Salvation
*Belief That and Belief In
*Does Repetitive Sin Mean We Aren’t Saved?
*Good Friday = Good News

Q&A: Who Will Fight The Good Social Media Fight For Christ?