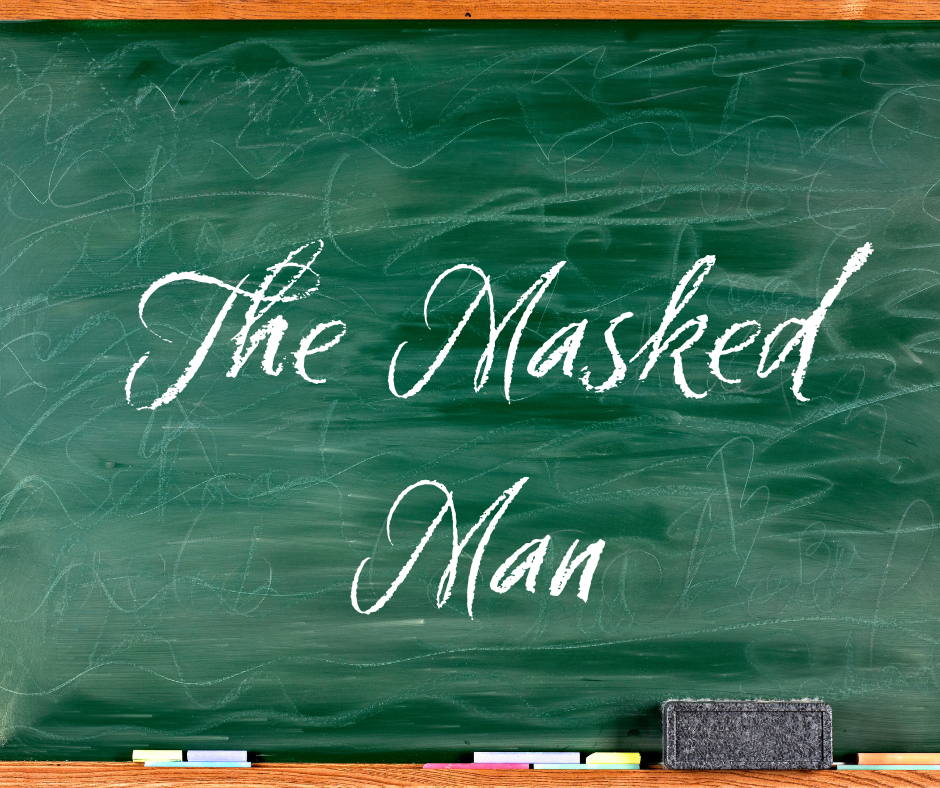 This is the 28th and final part of The Logical
Fallacy Series. In this part, I will wrap up this series by looking at one more
logical fallacy.

The masked man fallacy is based on Leibniz’ Law, which states that if one object has a certain property while another has not, then the two objects cannot be identical. While Leibniz’ Law is valid, it is not valid when being is replaced with knowing. If we do that, we commit a masked man fallacy.
I have rarely, if ever, encountered this fallacy. That’s why I struggled to come up with examples that have actually occurred in the realm of Apologetics (i.e in Christians’ debates with skeptics and other Christians). I had to resort to absurd arguments that no one makes to show how one might commit this fallacy. I think this is the least committed fallacy of all of the logical fallacies, since it’s extremely obvious that examples that commit the fallacy are fallacious, even to people who aren’t trained in logic. The only time I’ve seen this fallacy in action is through memes and in those instances I’m pretty sure they committed the fallacy on purpose to create laughs.

While I’ve never heard a Christian reason this way, one could commit this fallacy if they reasoned the following.

This would be one example because, while Jesus is God and while many atheist scholars believe Jesus was a historical individual, it doesn’t follow that they believe God exists. This is because it confuses being with knowing. Jesus existed and Jesus was and is God, but while atheist historians believe the former, they do not believe the latter, even though both the former and the latter are true.

Another example would be if someone argued

A valid rebuttal to this argument would be “lol wut?”

That does it for this series on logical fallacies. I hope you’ve learned a lot about logic and fallacies, and are now better at avoiding bad reasoning than you once were. I took the time and effort to go through these fallacies because it is important that Christians learn them, because non-Christians all over the world are talking people out of their faith through bad reasoning. Their arguments sound persuasive and devastating to their faith when they shouldn’t be because they’re fallacious. Also, sadly, some Christians have come up with some fallacious arguments in their attempts to defend the faith as I have shown in previous blog posts. If we want to present a persuasive case for belief, we need to abandon faulty arguments for Christianity and use the sound ones instead.

Hopefully you’ve taken the time to go through these fallacies and are now better equipped to stand up to the attacks of the secularists, or even theologically mistaken Christians. I didn’t go through all of the fallacies that exist because that would have made this series even longer than it already was, and also I wanted to stick with examples that I could show examples that often appear in the context of Christian Apologetics.

Before I end this blog post, I want to present some valuable resources you can study if you want to take your study of logic further.

1: “Learning Logic” by William Lane Craig
Although this book is written towards elementary school children, I still find this to be a wonderful introduction to the rules of logic. If you’ve never studied logic before, you’ll learn the 9 basis rules of logic from this book, such as modus ponens, modus tollens, hypothetical syllogism, disjunctive syllogism, etc. So don’t think it won’t be of any use to you because of who its target audience is. The person who’s never studied logic before will learn from this. I recommend this book to anyone of any age if they’re new to the study of logic.

2: “Logically Fallacious: The Ultimate Collection Of Over 300 Fallacies” by Bo Bennett PH.D
This book contains over 300 fallacies and teaches you about them.  The author of the book describes it thusly: “This book is a crash course in effective reasoning, meant to catapult you into a world where you start to see things how they really are, not how you think they are. The focus of this book is on logical fallacies, which loosely defined, are simply errors in reasoning. With the reading of each page, you can make significant improvements in the way you reason and make decisions. ‘Expose an irrational belief, keep a man rational for a day. Expose irrational thinking, and keep a man rational for a lifetime.'”

This blog post series only looked at 28 logical fallacies, but Dr. Bennett looks at over 300 of them!
3: “Logic: The Right Use of Reason in the Inquiry After Truth” by Isaac Watts
.
That concludes this blog post series.
Liked it? Take a second to support Evan Minton on Patreon!