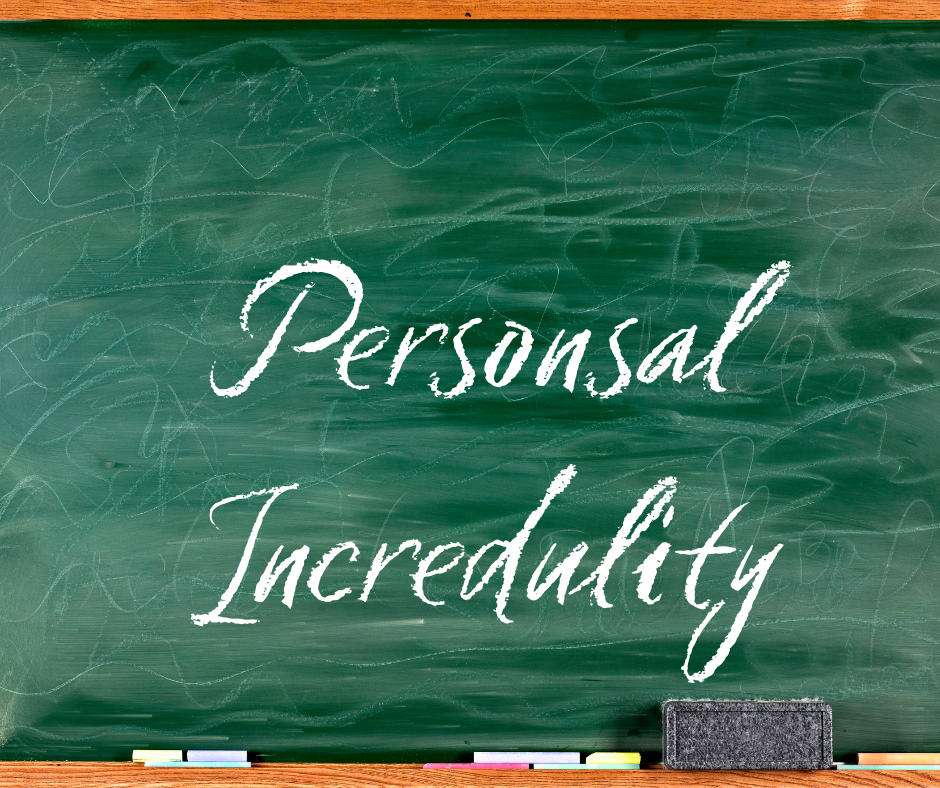 This is part 16 in a series I’m writing on logical fallacies. A logical fallacy is a mistake in reasoning. Just as someone can stumble
on occasions when walking, so one can stumble on occasions when thinking. Logical fallacies come in two forms; formal and informal.
Formal fallacies, as the name suggests, is when a fallacy is made in the form of an argument. A formal fallacy is committed when the syllogism doesn’t follow one of the rules of logic (e.g modus ponens, modus tollens, hypothetical syllogism, disjunctive syllogism, etc.) and as a result of not obeying the rules of logic, the conclusion cannot be inferred even if the premises of the syllogism are all true.

So far in this series, we’ve taken a look at several fallacies. We’ve looked at The Ad Hominem Fallacy, the Fallacy Of Equivocation, The
Straw Man Fallacy, The Genetic Fallacy, The Red Herring Fallacy, Poisoning The Well, The Fallacy Of Composition, Argument From Silence,
The Anecdotal Fallacy, Begging The Question/Circular Reasoning, Post Hoc Ergo Propter Hoc, Loaded Question, The Ad Hoc Fallacy, The Appeal
To Nature Fallacy, and The Bandwagon Fallacy.

Basically this fallacy is committed when someone expresses skepticism of a view and claims that because he finds it hard to believe, that it’s therefore not true. There’s nothing wrong with being incredulous or even expressing that incredulity, but if you’re going to refute a belief or argument, you’re going to need to provide reasons to not believe it.

Atheists are more prone to this fallacy than anyone I’ve ever encountered. I could have spent the last 10 minutes giving an argument for the existence of God such as The Kalam Cosmological Argument or The Fine Tuning Argument, and when I’m done, I’ll ask the atheist if he thinks the argument is sound, and if he doesn’t, to tell me which premise of the argument he thinks is false and why. This is the only way to show that an argument’s conclusion is unjustified; to either show that the logic is invalid, or to show that one of the premises is false, or both. However, very often the atheist will retort with something like “I asked you for evidence for your god! That’s not evidence!” or “You spent a good bit of time trying to convince me of your nonsense, but you failed.” or “I’m still not convinced your sky daddy is real. ” or something like that. As you can see, no matter what argument I was defending, these are not valid refutations of it. All they’ve done is express incredulity of my conclusion that God exists, but they’ve done nothing to show that the arguments fail to reach that conclusion.

As William Lane Craig has said “Skepticism is not an argument”. If the atheist wants to show that any of my arguments are flawed, he’s going to have to show me which premise he rejects and give me his reasons why.

Another Example: “I don’t see how one man’s death (i.e Jesus’) could possibly atone for the sins of the whole world. He’s only one person.”

This statement commits the personal incredulity fallacy. Just because you don’t understand something, doesn’t mean it’s not true. To show something false, you must give positive reasons to show WHY it’s false. You can’t just say “I find that hard to believe”. While you’re free to be skeptical of X, Y, or Z, if you want to show the one who believes X, Y, or Z why he must also be skeptical of X, Y, or Z, you must provide adequate reasons for thinking X, Y, or Z is false.

If you think it’s unreasonable to think that Jesus could have atoned for the sins of all mankind, you’re going to have to give an argument for that. At this point, I think I should point out that not everything in Christian theology needs to be 100% comprehended in order to be embraced. As long as we have good reasons to think that Christianity is true, then I’m content with some things remaining a mystery, like how God can have foreknowledge and how Christ’s death is able to absolve guilt.