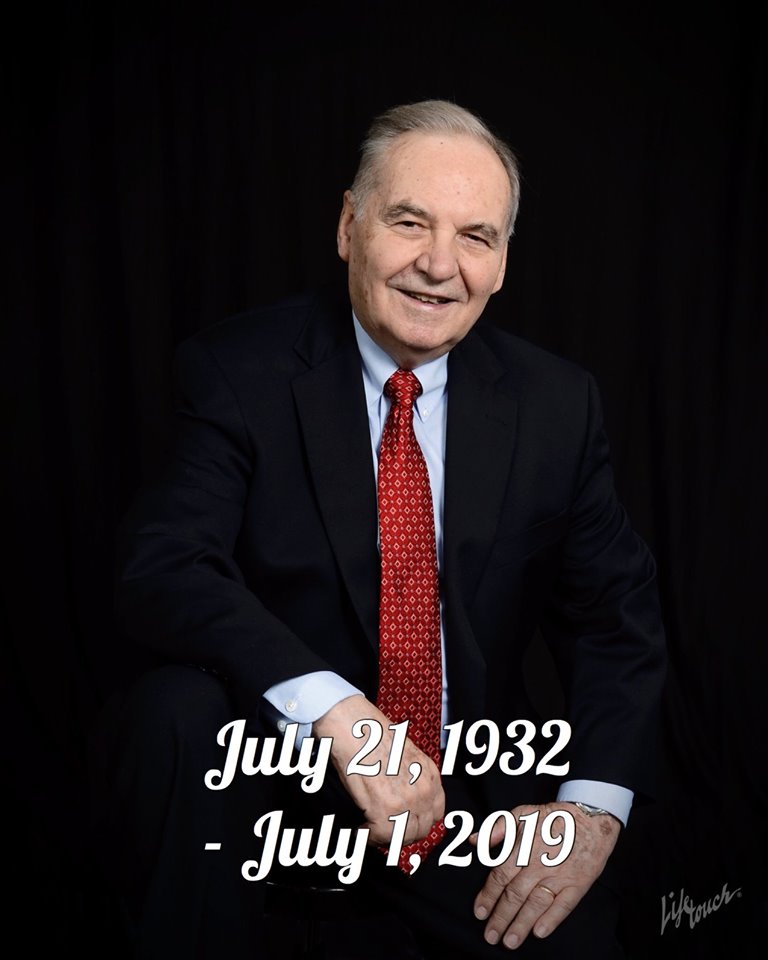 When I logged onto Facebook today, I was saddened to find out that apologist and prolific author Dr. Norman Geisler had passed away at the age of 87. Norman Geisler has been defending Christianity from “the intellectual attacks of the heathen” to use C.S Lewis’ words, for more than 40 years. Among his best and most widely known works include I Don’t Have Enough Faith To Be An Atheist which he co-wrote with Frank Turek of Cross Examined as well as Chosen But Free, revised edition: A Balanced View of God’s Sovereignty and Free Will, The Big Book of Bible Difficulties: Clear and Concise Answers from Genesis to Revelation which he co-wrote with Thomas Howe, If God, Why Evil?: A New Way to Think about the Question, The Atheist’s Fatal Flaw: Exposing Conflicting Beliefs, and Defending Inerrancy: Affirming the Accuracy of Scripture for a New Generation.

With regards to the first, he and Frank Turek teamed up to make one powerful book defending the truth of Christianity. My physical copy is falling apart from overuse. I was grateful to finally have this copy signed at The National Conference On Christian Apologetics in Charlotte North Carolina in 2017. I Don’t Have Enough Faith To Be An Atheist has a chapter on the self-refuting nature of relativism, The Kalam Cosmological Argument, The Fine-Tuning of the universe and Earth, The Moral Argument, The Origin of Life, arguments against the viability of macro evolution, and chapters on the reliability of The New Testament and the historicity of Jesus’ resurrection. I really love their section on The New Testament reliability. That’s half of the book and it’s very informative. I also like their chapters on the Cosmological and Moral Arguments. If you’ve never read this book before, you’re depriving yourself of what I suspect will become an apologetics classic read for generations to come!

I also benefitted from his Big Book Of Bible Difficulties which I’ve read cover to cover twice and consult every now and then when a non-Christian brings up what he thinks is an error or contradiction in The Bible.

Geisler has gone to be with our Lord (2 Corinthians 5:8, Luke 23:43) to await his bodily resurrection (1 Corinthians 15, 1 Thessalonians 4), but like C.S Lewis, I believe he will continue to have an impact on people who read his works for generations to come. A smile breaks across my face as I can imagine him embracing Jesus our Lord along with other apologists and effective Christian leaders who we’ve lost over the past couple of years such as R.C Sproul, Nabeel Qureshi, and Billy Graham.

The funeral service will be on July 6th, Saturday at 3pm in Charlotte, North Carolina. Updates will be also be posted at http://normangeisler.com/ and https://www.facebook.com/dr.normangeisler for details today as to where the funeral will be. It will be open to the public. Let us keep Dr. Geisler and his family in our prayers.

“Brothers and sisters, we do not want you to be uninformed about those who sleep in death, so that you do not grieve like the rest of mankind, who have no hope. For we believe that Jesus died and rose again, and so we believe that God will bring with Jesus those who have fallen asleep in him. According to the Lord’s word, we tell you that we who are still alive, who are left until the coming of the Lord, will certainly not precede those who have fallen asleep. For the Lord himself will come down from heaven, with a loud command, with the voice of the archangel and with the trumpet call of God, and the dead in Christ will rise first. After that, we who are still alive and are left will be caught up together with them in the clouds to meet the Lord in the air. And so we will be with the Lord forever. Therefore encourage one another with these words.” – 1 Thessalonians 4:13-18