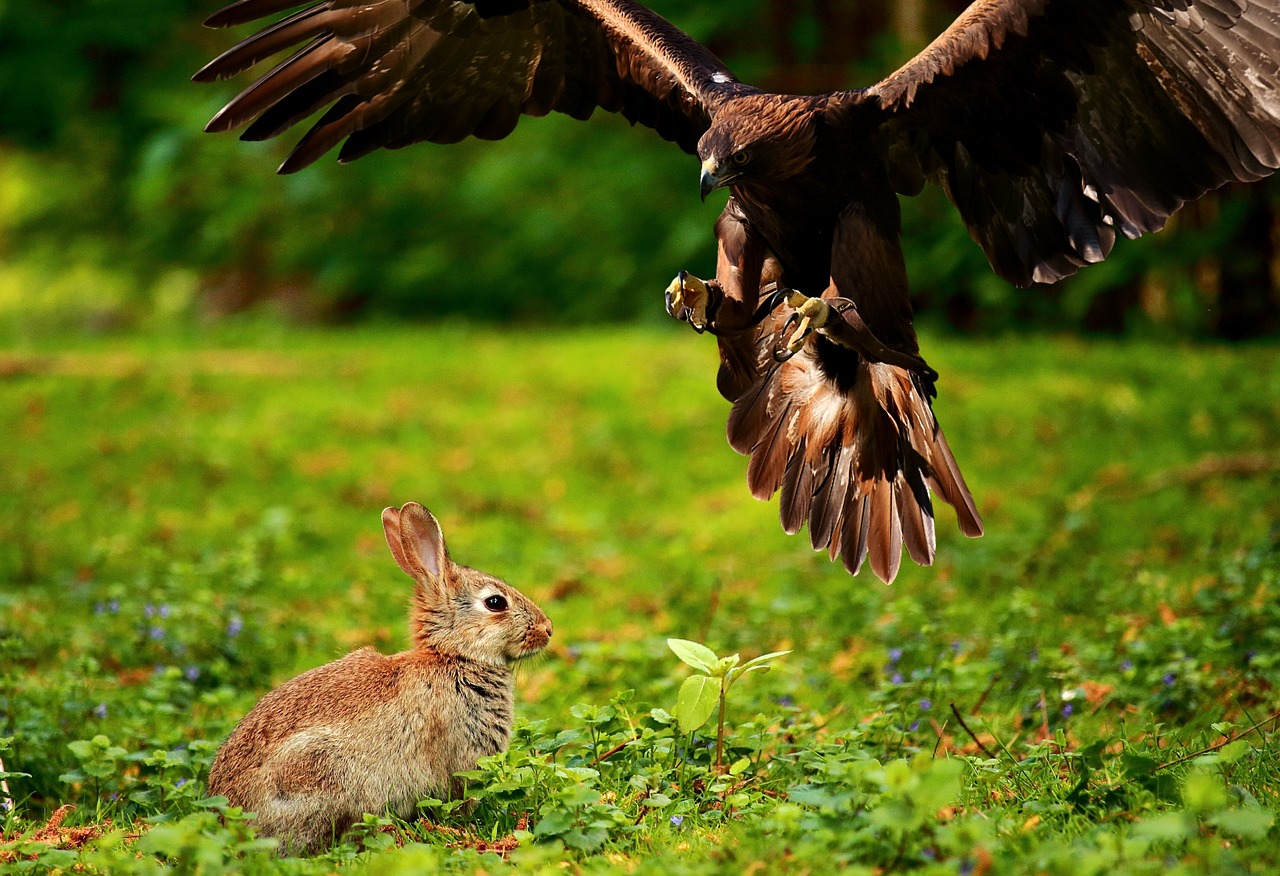 Thanks for this! Loved the 1st one,  btw I have a question-was there death beforr the fall?  And if there were then was it not evil? I think if there ever were then they weren’t considered evil in thr stratton model since adam’s death and eve’s were spiritual death but those deaths were only natural deaths part of nature,  but isn’t physical death just a result of spiritual death?

Also,  what is your view on the global flood is it historical?

Thanks for your question, G-Han.

DEATH BEFORE THE FALL

I don’t think scripture considers animal death an evil at all. It certainly considers human death evil because humans are made in God’s image. This is the reason Genesis 9:6 gives for why murder deserves such a heavy penalty (i.e capital punishment). Romans 5 is one of the verses that people use to argue that death pre-fall never occurred. However, I think this passage is only talking about human beings. The passage says in a nutshell that human beings perish because Adam sinned and introduced sin and death into the world.  However, Romans 5 never specifically says that animals die because of Adam’s sin. In fact, as I’ve pointed out in other blog posts, if you include animals in Romans 5, absurdities result. Including animals alongside humans in Romans 5 entails that animals die because animals sin, and animals sin because they have a sin nature, and they have a sin nature because of Adam. And it would mean that although animals die because of Adam’s trespass, nevertheless they can be redeemed through the death of Jesus on the cross.

Obviously, we all know animals are not morally responsible agents. That’s why I don’t preach the gospel to my dog and cats. So, I think it’s safe to say that the Apostle Paul has humans and ONLY humans in mind in Romans 5. Genesis 3 is another fall passage we need to consider; as God definitely “curses the ground” in this passage. The problem though, is that God never speaks of predation and animal death among the curses he pronounces. When you read the passage, you see that the following things are introduced by God: (1) Childbearing becomes incredibly painful (verse 16), (2) occasionally gardening and farmwork would be in vain, producing “thorns and thistles” instead of food (verses 17-18), and (3) human beings would die (verse 19). To infer from Genesis 3 anything more than those 3 things goes beyond the text.

In “Why Pre-Fall Death Isn’t A Problem For Old Earth Creationism”, I address the arguments from Romans 5 and Genesis 3 in more detail, along with some other objections to pre-fall death.

At the end of that blog post, I said that The Bible is silent on the issue and therefore leaves it an open question. However, recently, I realized that that’s false. A positive case can be made for animal death before the fall.

Psalm 74:14, for example says of God “It was you who crushed the heads of Leviathan and gave it as food to the creatures of the desert.” I want to make two points regarding this passage. First, reading Psalm 74 in it’s entire context reveals that it’s a creation psalm. It’s a psalm that celebrates God as the Creator. Given this, we can infer that God smashed the head of Leviathan during the creation “days”. It is often supposed by YECs that Leviathan is a Dinosaur (based on how it’s described in the book of Job). If Leviathan is a dinosaur, and Psalm 74 is a psalm about creation, then it follows that Psalm 74 is saying that God killed a dinosaur during his time of creation, the period when he created the sun and moon (74:16), when He set the boundaries of the Earth and created the seasons (74:7).

Now, I don’t think Leviathan is a dino. Studies in ancient near eastern literature has shown us that the Leviathan was a monsterous creature that represented chaos and destruction. He didn’t actually exist, he was a just a symbol for chaos. So, when The Bible says God “crushed the heads of leviathan”, it means He conqured chaos. He brought order and stucture to the world. This alludes back to Genesis 1:2 where The Bible says that the Earth “was formless and void”. The world was unorderly and chaotic, and God brought order and structure to the world.

But, my point here is that whichever view you take on the Leviathan, you don’t have the sort of perfect-paradise paradigm that YEC asserts existed prior to the entrance of sin. You either have God smashing dino heads during the creation week or you have God overcoming chaos. What’s interesting is that after saying that God smashed the heads of Leviathan, the psalmist states that God “gave it as foods to the creatures of the desert”.

Psalm 104 is another creation psalm. In verse 21, it says “The lions roar for their prey and seek their food from God.” and then in verses 27-30, it says “All creatures look to you to give them their food at the proper time. When you give it to them, they gather it up, when you open your hand, they are satisfied with good things. When you hide your face, they are terrified, when you take away their breath, they die and return to the dust. When you send your Spirit, they are created, and you renew the face of the ground.”

Psalm 104 not only describes God’s creative activity, but speaks of predation. Surprisingly, the psalmist never talks of predation in a negative way or alludes to the fall of Adam and Eve. Instead, he talks about it in positive terms. He says “the lions roar for their prey and seek their food from God”. The Lions actually receive their meals from God! If lions hunting down prey were evil, then it logically entails that Psalmist is attributing evil to God! He says in verse 27 that all creatures look to God to recieve their food, and according to verse 21, this includes Lions getting prey.

1: The Hebrew word for Earth is “Eretz” and it did not always refer to the entire planet. Sometimes it did, but other times it referred to a nation or simply a patch of dirt. Genesis 2:11, Genesis 2:13, and 1 Samuel 13:3 gives us examples of Eretz being used in a less than global way. 1 Samuel 13:3 for example says that Saul blew a trumpet that was heard throughout the whole earth. Obviously, this trumpet couldn’t have been heard by people in the Himilayas.

2: Psalm 104:9 says that God set boundaries for the oceans and that they would never again cover the Earth. If the flood waters covered the whole planet, then Psalm 104:9 is in error, since the flood waters did cover the whole Earth again. YECs have tried to connect Psalm 104:9 to the flood of Noah to resolve the issue. If this verse is referring to God’s promise never to again destroy all of humanity with a flood, then there’s no contradiction. The problem though is that the context of this verse reveals that Psalm 104 is a creation psalm. It’s about the creation of the world. Just look at it for yourself.  If Psalm 104 is about the creation, then God’s declaration that the planet wouldn’t be covered in water ever again occurred during the creation days, chronologically prior to Noah’s flood. And this means that either Psalm 104:9 is in error, or the flood waters in Genesis 6-9 didn’t cover the whole planet. Eretz cannot mean the whole planet in both passages or else we have a contradiction.

3: If the flood of Noah were global, then this means that Genesis 8:6-7, Genesis 8:13b, and Genesis 8:14 say that the entire planet became a baren desert. After all, these verses say “The water had dried up from the Earth” and “The Earth was completely dry”. If Earth/Eretz means the globe in Genesis 6-8, then this is the conclusion we’re lead to.

4: If water covered the entire planet, there would be no place for the water to recede to. Yet Genesis 8:1, 8:3, and 8:5 says that they did, and says specifically that it was a wind that helped the receeding along.

5: It is absurd to think that the entire planet’s population got on a single boat. I realize Noah’s ark was huge, but there’s no way it would be able to hold billions of species of animals in pairs. YECs realize this as well, and that’s why they’ve adopted the explanation that only certain “kinds” got on the ark and then, after getting off the ark, microevolution took place to transform the few thousand species into the billions we have today. The problem with this proposed solution is that it requires evolution to occur at an unprecedentedly fast rate (rates that biologists do not observe today). BioLogos has a whole article on why post-flood speciation isn’t a tenable solution. See here. A global flood interpretation puts you on the horns of a delimma. Either say billions of species got on one boat OR say thousands of species got on one boat and then, for some mysterious reason, evolved at hyper-rapid speeds within only a few thousand years. Neither option is tenable. A local interpretation of the flood splits the horns of this delimma. Noah only had to preserve animals from the Mesopotamian region.

I talk about this in more depth in “Why I Think A Local Flood Interpretation Is More Plausible”.

Of course, the local flood raises some obvious questions such as “Why didn’t God just tell Noah and his family to go somewhere else?” and “If the flood wasn’t the end of all animal life, why did Noah have to preserve them on the ark”. I answer the former in this blog post here.

So to sum up: while human death (both physical and spiritual) is talked about in a negative way, and is certainly a result of Adam’s sin, The Bible never speaks of animal death in those same terms. Passages talking specifically about the fall do not state or imply that animal death came from Adam’s sin. Moreover, there are passages about the creation of the world which include animals dying before the fall. Leviathan (if we’re to consider it an actual creature) in Psalm 74, and lions in Psalm 104. Moreover, such acts are talked about by the Psalmist in positive terms (these are praise hymns after all) rather than something to lament.