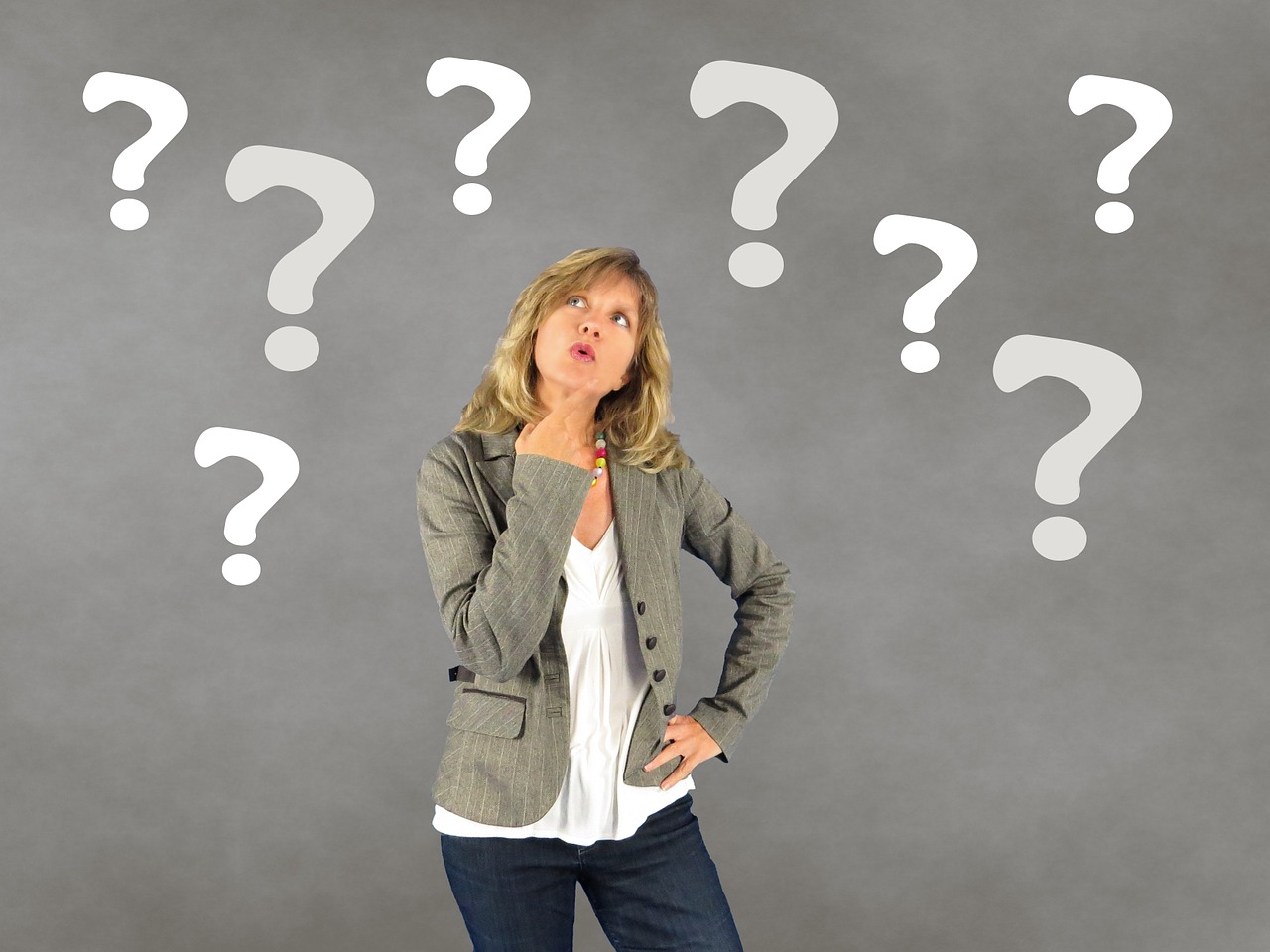 Hi, I’m a deist from Thailand

How would you answer objections to biblical God such as

Premise 1: There is no such thing as BEFORE time since before need temporal relation
Premise 2: Biblical God describes in the bible as exist before time
Conclusion: There is no God

Since there is no before time

“the hope of eternal life which God, who cannot lie, promised before time began” (Titus 1:2).

As a deist, I accepted transcendent creator of our universe as TIMELESS not BEFORE time as biblical God

Premise 1: There is an impossibility that cannot exist such as a square circle or exist and not exist in the same time and the same sense
Premise 2: Biblical God describes by Jesus as being which can do all thing.
Conclusion: but since premise 1 is true then God does not exist

Premise 1: God is all just
Premise 2: God is all-merciful [omnibenevolence]

Mercy = not receive what you deserve

Just = receive what you deserve

Conclusion: God cannot exist since all just and all-merciful is a contradiction

This is very important because it makes me denies resurrection theory that biblical God raised Jesus from the dead since for me biblical God is an impossibility.

Can you show me if I got anything wrong?

Since you readily admit that you have no problem with “transcendent creator of our universe as TIMELESS” you ought not to have a problem with the Christian doctrine of creation. This is something I had a hard time getting a deist who frequents the Cerebral Faith Facebook page to understand when we were debating the soundness of The Argument From Contingency. I kept trying to get him to understand that, as a Deist, the objections he was making undercut his own position, and that a timeless Creator creating all matter, energy, space, and time should be a point of common ground, not descent.

In fact, anyone who holds that (A) things cannot pop into being without a cause, and (B) that The Big Bang Theory is a scientific fact, has to posit a timeless cause which caused time. The only way out is to deny the science or deny the law of causality (which would undermine science).

This argument’s success or failure depends on properly defining omnipotence. When I say that God is omnipotent, I mean that God is able to do anything that is logically possible. God cannot do the logically impossible. God can do anything that doesn’t violate the laws of logic. He can create the universe out of nothing, raise people from the dead, make ax heads float in water, make a man survive in the belly of a whale for three days, make a donkey speak in a human language, etc. However, God cannot actualize logically incoherent states of affairs. God cannot create a square circle, a married bachelor, a one-ended stick, or a shapeless physical object.

Usually, when I give this description of omnipotent, atheists usually charge with me with the fallacy of moving the goalposts. They say I’m redefining the term omnipotence to avoid the charge that the concept of God is incoherent. The thing is this definition of omnipotence isn’t unique to me. The vast majority of contemporary Christian theologians and philosophers define omnipotence this way, and theologians and philosophers have for a long time. As C.S Lewis in the 1950s wrote: “His Omnipotence means power to do all that is intrinsically possible, not to do the intrinsically impossible. You may attribute miracles to Him, but not nonsense. There is no limit to His power. If you choose to say, ‘God can give a creature free will and at the same time withhold free will from it,’ you have not succeeded in saying anything about God: meaningless combinations of words do not suddenly acquire meaning simply because we prefix to them the two other words, ‘God can.’ It remains true that all things are possible with God: the intrinsic impossibilities are not things but nonentities. It is no more possible for God than for the weakest of His creatures to carry out both of two mutually exclusive alternatives; not because His power meets an obstacle, but because nonsense remains nonsense even when we talk it about God.”1

So, in conclusion. God can do all “things”. There is no such “thing” as the logically impossible.

This is actually what the death of Jesus on the cross was all about. It happened because God is both merciful and just. Because God is just, that means that He cannot let sin go unpunished. A holy and righteous God must punish people for the wicked deeds that they have done. If God does not punish people for their wicked deeds, then that means that He’s not righteous. It would mean that He’s a corrupt judge. But God isn’t a corrupt judge. He’s just.

However, although God is also love. 1 John 4:8 and 1 John 4:16 say unequivocally; “God is love”. Because God loves us, He does not want to send us to Hell to be tormented for our sins. As 2 Peter 3:9 tells us, God is “not willing that any should perish, but for all to come to repentance.” Likewise 1 Timothy 2:4 says that God “wants all people to be saved and to come to a knowledge of the truth.”

So what is God to do? If he doesn’t punish us, he shows us mercy but ignores justice. If He punishes us, he administers justice but is alienated from us for all eternity? This is the conflict you pointed out. This is where the cross of Christ comes in. You see, God became a human being (as John 1:14 and Philippians 2:5-8 tells us) and took the punishment on Himself. God suffered His own wrath on the cross. 1 Peter 3:18 says “For Christ also suffered once for sins, the righteous for the unrighteous, to bring you to God.” and as 1 Corinthians 15:3 says “Christ died for our sins according to the scriptures”. The second person of the Trinity endured the wrath of the first person of the Trinity. The Lord loved us so much that He was willing to endure the most horrific torture known to man so He could avoid judging us. In fact, historical evidence tells us that this death that Jesus died was one of the worst ways a human being could possibly die.

The suffering before crucifixion was horrific! When the Romans crucified a person they would use whips with multiple jagged edges made of sheep bone that would cut through a person’s skin like butter! The Roman lashes often times consisted of 40 of these lashes, so you can imagine how shredded a person’s back would be after being whipped with these multi-thronged, bladed whips. According to some historians who have studied pre-crucifixion scourging, the whipping could get so bad that the spine was sometimes exposed. After that, the Romans nailed Jesus to the cross and they nailed Him through the median nerve. This, according to medical experts, was as painful as taking the nerve of your funny bone and twisting it with a pair of pliers! That’s how painful being nailed to the cross was!

God loves us so much that He was willing to become a human so that He could all of that so we wouldn’t have to.

The best thing about Hell is that no one has to go there. God has made a way for human beings to attain salvation. All we have to do is accept it. God gave us free will. It’s up to us where end up for eternity (see Deuteronomy 30:15-19, Joshua 24:15). If you accept Jesus as your Lord and Savior, and pray to Him for salvation, confessing your sins and turning away from your life of sin, then His atoning death will be applied to you. His blood will cover your sins and God will forgive you. This is what His Word promises us in 1 John 1:9 and Isaiah 55:7. However, if we reject Him, we will have to pay the penalty for our sins ourselves.

God shows justice by administering the punishment for our sins to Jesus (cf. Isaiah 53). God shows mercy in forgiving us of our sins when we turn in repentance. Jesus becomes our penal proxy. God punished Jesus in our place. Jesus was and is our representative before the Father. God even shows mercy to those who never accept this amazing gift of salvation because Jesus died for all people. “For God so loved the world that He gave His only begotten son, so that whosoever believes in him will not perish but have eternal life” (John 3:16). 1 John 2:2 says that Jesus is “the propitiation for our sins, and not only for us, but for the sins of the whole world.” Jesus died so that all humanity could be reconciled to God.

Here are Jonathan Edwards’ thoughts about this amazing conflict satisfied at the cross.
.
“Such diverse excellencies are expressed in him (Christ) towards men, that otherwise would have seemed impossible to be exercised towards the same object; as particularly these three, justice, mercy and truth. The same that are mentioned, Psalms 85:10, “Mercy and truth are met together, righteousness and peace have kissed each other.” The strict justice of God, and even his revenging justice, and that against the sins of men, never was so gloriously manifested as in Christ. He manifested an infinite regard to the attribute of God’s justice, in that when he had a mind to save sinners, he was willing to undergo such extreme sufferings, rather than that their salvation should be to the injury of the honor of that attribute. And as he is the judge of the world, he doth himself exercise strict justice; he will not clear the guilty, nor at all acquit the wicked in judgment. And yet, how wonderfully is infinite mercy towards sinners displayed in him! And what glorious and ineffable grace and love have been, and are exercised by him, towards sinful men! Though he be the just judge of a sinful world, yet he is also the Savior of the world: though he be a consuming fire to sin, yet he is the light and life of sinners..”2
Pastor Frank Bailey commented on this part of Edwards’ sermon saying “I love that, justice and mercy have kissed at the cross. Jesus Christ is the just and the justifier. Our sins have been judged and mercy has been extended. There is no message quite like the gospel of Jesus Christ. The cross is central, through it the Lord has demonstrated those supposed conflicting characteristics. At the cross He has revealed His love for justice and His incredible endless mercy.” 3
Conclusion
Kittinant, I hope that I have answered your three objections to Christianity satisfactorily.
—————————————————————–
NOTES
1: C.S Lewis, The Case For Christianity, B&H Publishing Group,
2: As cited in https://pastorfrankbailey.net/2012/09/08/justice-and-mercy-have-kissed/