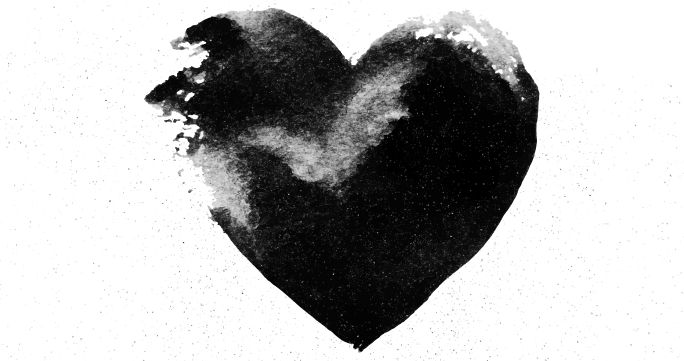 Hi! I don’t speak English, so I hope my question is well translated: What is one way to prove that we humans are bad because of our corrupt nature? I have justified human corruption by appealing to the fact that we have all lied, coveted, had bad desires But I have been answered “but we are also empathic, we are born to do good things, to be in solidarity, to help. So taking this into account and appealing to your logic I could maintain that we are good by nature”. I am confused by the situation. Blessings.

I appreciate the question. Hopefully, my response gets translated well into whatever language you speak. I was able to understand you just fine, so it will probably work out.

Anyway, I don’t think it’s that difficult of a task to prove that human beings are corrupt. What arguments you use will depend on who you’re dialoguing with though. For example, quoting from The Bible won’t do any good if you’re dialoguing with non-Christians (which I suspect you are). Here are a few things you could say to a person who argues that humans are basically good

(1) Just watch the news for a little bit.

If humanity is so great then why is the world saturated in violence, sexual immorality, greed. Ask them why we have multiple school shootings per year (at least in the U.S). Ask them how many politicians they trust and actually think are upstanding people. I actually don’t watch National News as much as I used to because I find it just so utterly depressing. In fact, I struggle with misanthropic tendencies. A misanthrope is someone who has a general distaste for humanity and tries to avoid human society. Misanthropy is antithetical to a Christian outlook, and it’s mostly emotionally driven, so I struggle against it. But 24/7 news cycles tend to shove human depravity in your face every second of every day. You can respond “Humans are basically good you say? Seems to me that humans are basically bad.”

(2) Ask them how much time they spend on social media.

A funny Avengers meme has a picture of Ultron, the main antagonist of the movie Avengers: Age Of Ultron. The caption says “Thanos wanted to kill half the universe. Ultron spent a few minutes on the internet and realized it all had to go.” You can find a bunch of people on the internet who are, for a lack of a better word, jackasses with small intellects and big egos. Of course, this isn’t true of everyone. Some of my greatest friends are people I mainly know online. They’re really great people. That said, a lot of people are mean online. They probably wouldn’t act that way to a person in real life, but the safety of being behind a computer screen emboldens people.

If anyone does an in-depth look at the history of man, one will see that it is a history of bloodshed, death, sexual immorality, and all kinds of evil. I’m not simply referring to recent atrocities like 9/11 and the Holocaust. I’m referring to the entire time homo sapiens have walked this planet.

Atheist Historian Tom Holland documents in his book “Dominion: How The Christian Revolution Remade The World” that prior to the spread of Christianity, human society was extremely decadent. Prior to the spread of the gospel, women and children had low social status and were more-or-less expendable, for example. Holland’s book is a great apologetic against atheists like David Silverman who argue that religion (and by religion, they mean Christianity) is harmful to society. And ironically, the defense is coming not from a Christian historian, but an atheist one. Holland shows that if not for Christianity, the world would be even worse than it already is.

The three lines of arguments I’ve given are all empirical evidence of human depravity. I can’t remember which historical theologian said this (my gut says Charles Spurgeon), but he said that the most demonstrable of all Christian doctrines is the doctrine that states that humans are depraved.

I think what your interlocutor is realizing is that people do have good in them. The world is not as bleak as it sometimes seem to me in my misanthropic emotional spells. For all the villains in the world, there are heroes too. And as much as I’ve been abused by people, even those who SAY they belong to Jesus, I know this. I’ve witnessed the love of God in my brothers and sisters in Christ. Many banded together and gave out of their own pocket when I was overwhelmed with $500 property taxes that I couldn’t pay, and which would have rendered me and my family homeless if we hadn’t raised the money. A fellow brother in Christ donated his old Macbook pro to me so that I could get the Cerebral Faith YouTube channel going. And for all the haters I have, for all the ones who say discouraging things to me to try to put me down, to try to make me feel like I’m not advancing the kingdom, there are many brothers and sisters who build me up and encourage me.

My cousin’s boyfriend has helped me and my family out numerous times. He helped up pull the well pump out when our water kept shutting off due to the wires getting worn. And he’s helped put new shingles on our roof.

It reminds me of that scene in the Wonder Woman movie. The villain, the god Aries says to Diana ‘They’ve always been and always will be weak, cruel, selfish, and capable of the greatest horrors.’ to which Diana responds “You’re wrong about them. They’re everything you say, but so much more.”

So, I think that both you and your interlocutor make great points. But your interlocutor has embraced a half truth. We’re not “born to do good things, to be in solidarity, to help.” we’re born to be selfish. We have to be taught to be good. We start our early years throwing tantrums when we don’t get what we want, for Pete’s sake! Now, this isn’t to say we can’t inherently KNOW what it good and what is evil. Romans 2:14-15 is emphatic that we can and do. But we have to guided into right behavior. Being a good person takes effort. Parents must discipline their children so they behave like decent people.

This is why Proverbs 22:6 says “Train up a child in the way he should go, and when he is old, he will not depart from it.”  and Proverbs 13:24 says “Whoever spares the rod hates his son, but he who loves him is diligent to discipline him.” and Proverbs 22:15 says “Folly is bound up in the heart of a child, but the rod of discipline drives it far from him.” We’re not born to be good. We’re born to be bad! We’re taught to be good!

Even as born again Christians, we have to strive against our inherent depravity. Being Christlike is hard. Holding my tongue when someone insults me takes effort. Not verbally retaliating when my pride is wounded takes effort. It does not come naturally.

Biblical Arguments You Can Give If Your Interlocutor Is A Christian

Again, I don’t know if the person you’re arguing with is a Christian or a non-Christian. Christians don’t always have the best theology.

Psalm 14:2-4 says “The Lord looks down from heaven on all mankind to see if there are any who understand, any who seek God. All have turned away, all have become corrupt; there is no one who does good, not even one.” and Romans 3:23 says “All have sinned and fallen short of the glory of God.”

After God destroyed evil humanity and The Nephilim abomination with the flood, Noah offered a sacrifice to God. Genesis 8:21 then says “When the LORD smelled the pleasing aroma, He said in His heart, “Never again will I curse the ground because of man, even though every inclination of his heart is evil from his youth. And never again will I destroy all living creatures as I have done.” (emphasis mine). Jeremiah 17:9 even says that the human heart is deceitful above all things and desperately wicked. Humans are what theologians call “Totally Depraved”. Now, this doesn’t mean we’re all as evil as we can possibly be. Mr. Rogers was obviously a better person that Joseph Stalin, for example. Rather, the doctrine of Total Depravity teaches that every facet of the human person is infected with and affected by sin; our emotions, our wills, our desires, our reason, etc.

Now, for non-Christians reading this who may be feeling a little down after reading all of that; I have good news. I have THE good news. The best news you’ll ever hear!

Psalm 103:6 says “The Lord works righteousness and justice for all the oppressed.” A just God must punish sin. If God did not punish sin, then He would not be a just judge. But God is just, therefore God must punish sin. However, God isn’t only just, He is also loving. In fact, 1 John 4:8 says that love is a vital part of who God is. “God is love”. Because God’s very nature is love, He “so loved the world that he gave his one and only son, so that whoever believes in him will not perish, but have everlasting life.” (John 3:16). God loves “the world”. Are you a part of the world? If you are, then this verse applies to you. God loves you and gave his son Jesus to die on the cross to atone for your sins (cf. 1 Peter 3:18). Jesus was crucified in order to experience the wrath of God. He experienced God’s wrath so that you wouldn’t have to. God’s word promises that if you place your faith in Christ, He will be registered as your substitute. His blood will cover you, and God will look at you as though you had never sinned. He will see you the same way he sees Jesus; as a son who is without sin. This is the gift that God offers you. It’s a free gift. You don’t have to work for it. As the second half of Romans 6:23 says “The gift of God is eternal life in Christ Jesus our Lord.”. God loves you and desires to have a personal relationship with you.

God loves all of us, warts and all. He considers us so precious that He took on human flesh and was brutally tortured and killed so that we wouldn’t have to undergo the punishment we deserve for our sins.

He wants to have a relationship with you, and He will help you overcome your character flaws. As. C.S Lewis put it “God does not love us because we are good. God will make us good because He loves us.”

Q&A: An Objection To My Genesis 5 Paper