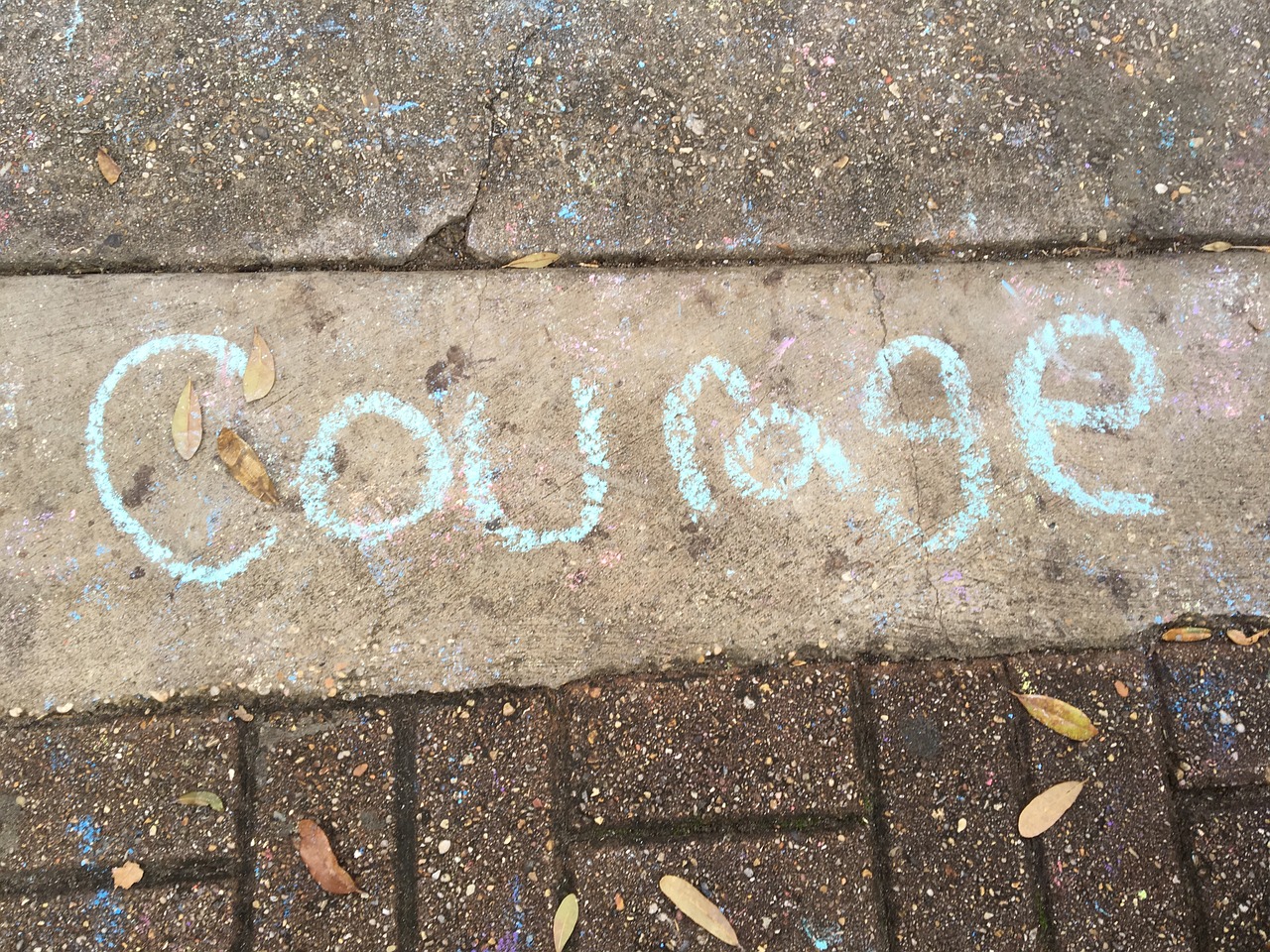 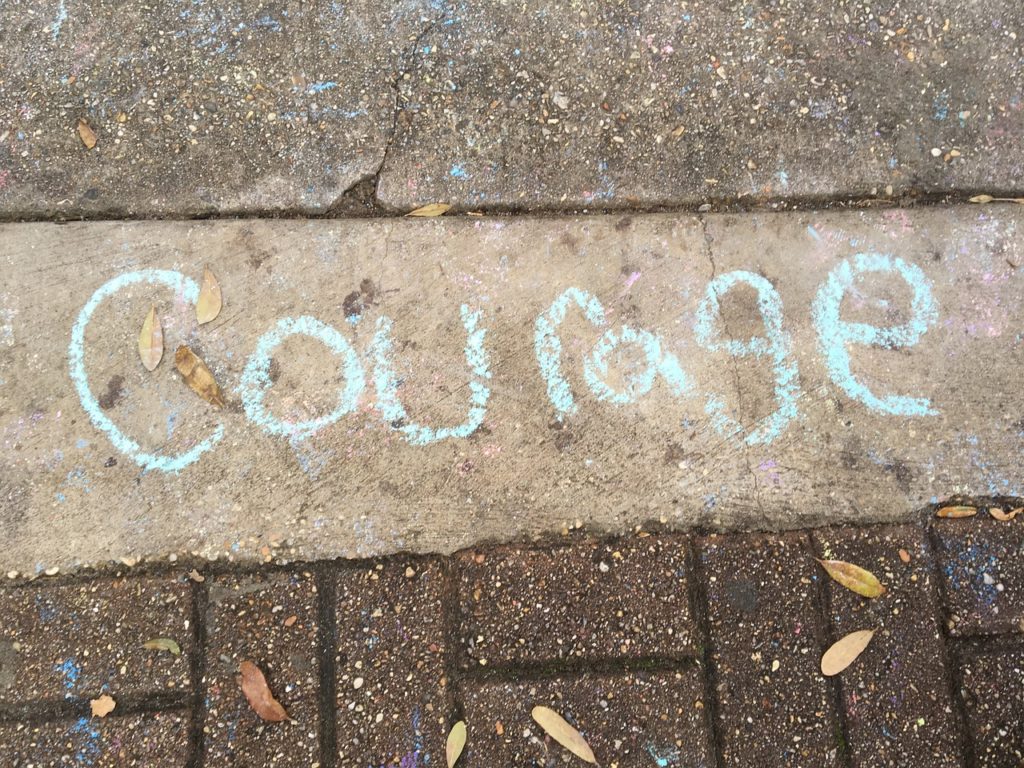 Someone left this argument against the first premise of The Modal Ontological Argument on The Cerebral Faith Facebook Page and I didn’t know how to respond. The argument is intended to show that a Maximally Great Being is incoherent, falsifying the first premise.

Premise 1. A maximally great being would be as actively courageous and perseverant as possible and as comfortable and secure as possible.


Premise 2. Having active courage and perseverance requires that a being overcomes fear and suffering. The more suffering and fear endured and overcome, the more active Courage is present.


Premise 3. Perfect comfort and security requires no fear and pain.


Premise 4. A being cannot be both perfectly actively courageous as well as perseverant and perfectly comfortable and secure.
Conclusion: A maximally great being cannot exist. (Premises 1 and 4.)

Premise 1 would be the argument I would think to go after, but since a Maximally Great Being is defined as “a being who has all great-making properties to the maximal extent”, to deny that premise, I would have to say that courage is not a great making property, which seems absurd. It surely seems intuitive that a person who has courage is greater than one who lacks it. Courage is typically defined as acting in spite of fear. Of course, God, being omnipotent, omniscient, and necessarily existent, has nothing to fear. So if God is to be courageous, he has to be weak in one of these areas. But these areas themselves are great making properties. If He’s omnipotent, he doesn’t have to fear anyone overthrowing him or harming him or anything like that. Even if that were possible, given that He’s omniscient, He’ll know how to prevent harm from coming to Himself. So again, no need to fear.

Appealing to the incarnate Christ will do no good as God hadn’t always had a human nature. Thus, in possible worlds in which God never becomes incarnate, God would lack the great making property of courage.

Before I decided to turn in my Christianity Membership Card and join the Sam Harris Fan Club, I thought I’d run the argument by someone who’s way smarter than I am. I sent the question to William Lane Craig. Whether he’ll feature it as the question of the week, I don’t know. But I also messaged Randy Everist of Possible Worlds, and this was his response:

Randy Everist’s Response
“It follows a form like this:

But this clearly doesn’t follow. This is likely due to an ambiguity in what is meant in premise 1. After all, premise 1 just states a maximally great being would be as courageous and comfortable as possible, and premise 4 just states it’s not possible for both of these to be exercised. It doesn’t state, nor does it follow from this, that a maximally great being must exercise these things even if it’s impossible. If it turns out it’s impossible, and it’s not exercised at all, then it’s exercised exactly as much as it is possible (namely, not at all).

So maybe we could fix the first premise to be something like: “A maximally great being would be actively courageous/perseverant at some point in its existence, and comfortable and secure at all points in its existence.” And we can work from here.

But now we can call into question the first premise, and I think it’s pretty reasonable for someone to do so. There are two major reasons why: first, this move of the first premise is often seen in defense of God and the problem of evil. The idea is that we need to be courageous (it’s better to be courageous than not), so this entails that we (or at least someone) face evils broadly construed (and this, of course, entails there are evils in the world), so that we can exhibit courage. I have always found this response lacking, and here’s why: the trait of courage is a dispositional one. In other words, once one finds oneself in the situation where courage is required, either one is disposed to act in such a way as to exhibit courage or does not. Even when courage is not exercised, they either have such a disposition (to be exercised when in appropriate circumstances) or not. This disposition comes from character or constitution. So what’s important in the problem of evil discussion is that we have such character, which maybe is possible for us to have without these evils (or maybe not, but this isn’t the point). The point is that it’s the character that matters, and that leads to the dispositional property, so the character is the more fundamental or essential property. And the same thing, I think it’s safe to say, applies here. There’s no reason why the perfect being theist can’t simply say that God’s character is such that it would lead to courage, were such counterpossible scenarios to occur. And God’s essential properties being such that he would act appropriately in all circumstances, meeting and overcoming evil, are arguably great-making.


Well, there you go. A Maximally Great Being is coherent after all. I don’t have to turn in my Christianity Membership card and join the Sam Harris fan club after all.