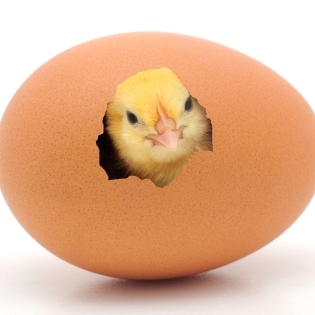 I’ve happened to stumble upon your blog post on the Kalam Cosmological Argument, and I seem to have a few objections which I don’t think you have ever addressed, whether in that blog post or in the blog category.

This is the formulation of the argument which I understand you to be using:

1. Whatever begins to exist has a cause.

2. The universe began to exist.

3. The universe has a cause. (conclusion)

As regards the first premise, it does not seem to be clear what constitutes an object’s beginning to exist. I don’t think you’ve fully addressed that, so I will assume for now that when it is said that on object x “begins to exist”, it can be taken to mean that x is in a state of absolute nonexistence prior to a state of existence.

If “begins to exist” can be defined that way, then I see the first premise in trouble, since all I would then need to reject it is the possibility of x’s states of being existing concurrently. That is indeed possible in eternalism, wherein an object’s state of nonexistence is concurrent with its state of nonexistence and thus, does not begin to exist.

But even if I grant that premise one is true, I still can’t accept premise two, for the reason that I find “universe” to not have been properly defined by you. At face value it seems that the universe to you is the entirety of space-time and everything in it. If so, then I’d say that that falls into the same problem as the first premise – namely, that if it is possible that the universe did not begin to exist, then it is ample reason to reject the premise. Lo and behold, in eternalism it cannot be considered that the universe began to exist.

It could be that you actually define “universe” as “everything that exists”. In which case, the timeless being known as God is included, and I do not think you’d assert something like “God began to exist”. So again, I still have a hard time swallowing it.

I’m not sure which blog post to which you are referring. I suspect that it’s “The Kalam Cosmological Argument” which was meant to serve as an introduction to the basic argument for the uninitiated. This blog post, obviously, wasn’t meant to be an in-depth defense of the argument, as evidence by the numerous other blog posts I’ve written dealing with objections. Interested readers should click here to browse them.

Now, as for what it means to “begin to exist”, I thought I was quite clear in that blog post that I think you’re referencing. If it wasn’t clear in my initial sentence affirming what the premise was about, the way I argued for it should have brought that out. For example, in defense of the second argument, I said:

“If it were truly possible for something to come into being from nothing, why don’t we see it happening more often? Why don’t we hear news reports of people getting mauled to death by tigers and bears that popped into being from nothing while going for their morning jogs? How come we’ve never heard of an automobile accident that was caused by a house materializing right in the middle of the freeway, causing drivers to crash into it? Why is it that a gorilla has never poofed into existence in the middle of my room while blogging?
The best explanation is that these things don’t happen because they can’t happen. “

Is The Universe A Computer Simulation?