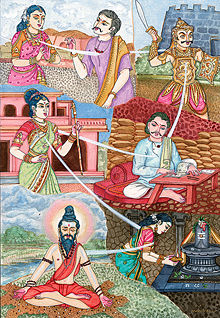 I wanted to reach out to you because of something I discovered recently. So a relative of mine shared to me about this person (whose name I can’t recall) who was investigating past life claims of people all over the world. He has compiled many of these claims and have looked into them and was able to verify their ‘past life memories’.
I found this disturbing as there seems to be a lot of past life claims that could be verified— the people were able to accurately describe events that their ‘past life’ did experience. I’m not sure how reliable the research was since I only heard about it from a relative online but she gave me a lot of examples of these cases and I was baffled. You can also search up many reincarnation claims online. I heard that many people who have read these seem convinced that reincarnation is real.
I know that reincarnation contradicts Scripture but I am confused on how to deal with this seemingly overwhelming evidence for reincarnation. How should I view these claims? Is there a Christian explanation for this? Even my relative was shocked and is now questioning if Christianity is true. She says that the evidence seem more conclusive than inferencing the resurrection.
Sincerely,
Andrea

I know about some of these verifiable regressions you’re talking about. Many years ago, I saw a television program on it and it bothered me too. I posed the question in the Christian Apologetics Alliance Facebook group as soon as I saw that program.
I would say first to focus on the positive case for Christianity. Focus on The Kalam, Fine-Tuning, Moral, and Ontological Arguments and on the fact that none of the Hindu gods match the description of the deity these arguments get us to. If you don’t know what I’m talking about, I go into it in my book “The Case For The One True God: A Scientific, Philosophical, and Historical Case For The God Of Christianity” which you can get on Amazon –> https://www.amazon.com/Case-One-True-God-Philosophical/dp/1729875327/ref=tmm_pap_swatch_0?_encoding=UTF8&qid=&sr= And also on the historical case for Jesus’ divine claims and resurrection from the dead (also defended in the aforementioned book). If Jesus claimed to be God and then rose from the dead, then that is powerful evidence that He was telling the truth. The God of the universe wouldn’t resurrect someone who committed identity theft against Him knowing that in doing so, he would vindicate His claims. So if Christianity checks out (and it does), then any claims that contradict Christianity’s teachings must be false.
Secondly, it is possible that these past-life regressions aren’t true memories of a life really lived, but are false religious experiences caused by demonic entities. If you’ve read my paper on Genesis 10-11, or anything on The Watchers, you’ll know that most of the world religions came about from the Babel event and the 70 sons of God being alloted to the nations. There they crafted their own religions and mythologies to incite the peoples to worship them rather than the one true God. Although their grip on the gentile nations was loosened at the death and resurrection of Christ, they still cause havoc in the world and are still, to this day, trying to lead people away from the truth (cf. 2 Corinthians 4:4, 1 Peter 5:8). The epistles were written post-resurrection and yet Paul still says that demons are behind idols (1 Corinthians 10:20), and Peter says that the devil roams the earth seeking whom he may devour (1 Peter 5:8). So although The Watchers were dealt a severe blow, their final defeat is yet to come (e.g Revelation 20:10).
This explanation seems quite plausible to me given that (1) We’ve got good evidence that Christianity (and consequently The Bible) is true, and (2) most of these regressions are purposefully induced.
An analogy can be made to occultic practices in which magic actually works. That doesn’t necessarily mean Wicca is true, but it does point to real spiritual entities behind the spells. When you seek out some spiritual experience outside of what The Bible directs, that’s the perfect opportunity for the adversary to jump in and deceive.
These could be real people with real experiences, but their memories could be being implanted into a different person by an evil spiritual entity during the hypnotic session.
At the end of the day, whichever conclusion we draw from these well evidenced past life regressions (Actual real regressions, or demonic deception) will boil down to which religion has a better evidential case for it overall; Christianity or Hinduism. And I think the former wins by leaps and bounds. Certainly we can’t just dismiss these, but I don’t find them problematic. The demon explanation could certainly appear ad-hoc, but, like I said, if Christianity has a better overall evidential case for it than Hinduism, then that makes the explanation more plausible and less contrived than it would otherwise appear to be. It makes perfect sense on a “Deuteronomy 32 Worldview” as Michael Heiser likes to call it.

The Identity Argument For The Soul