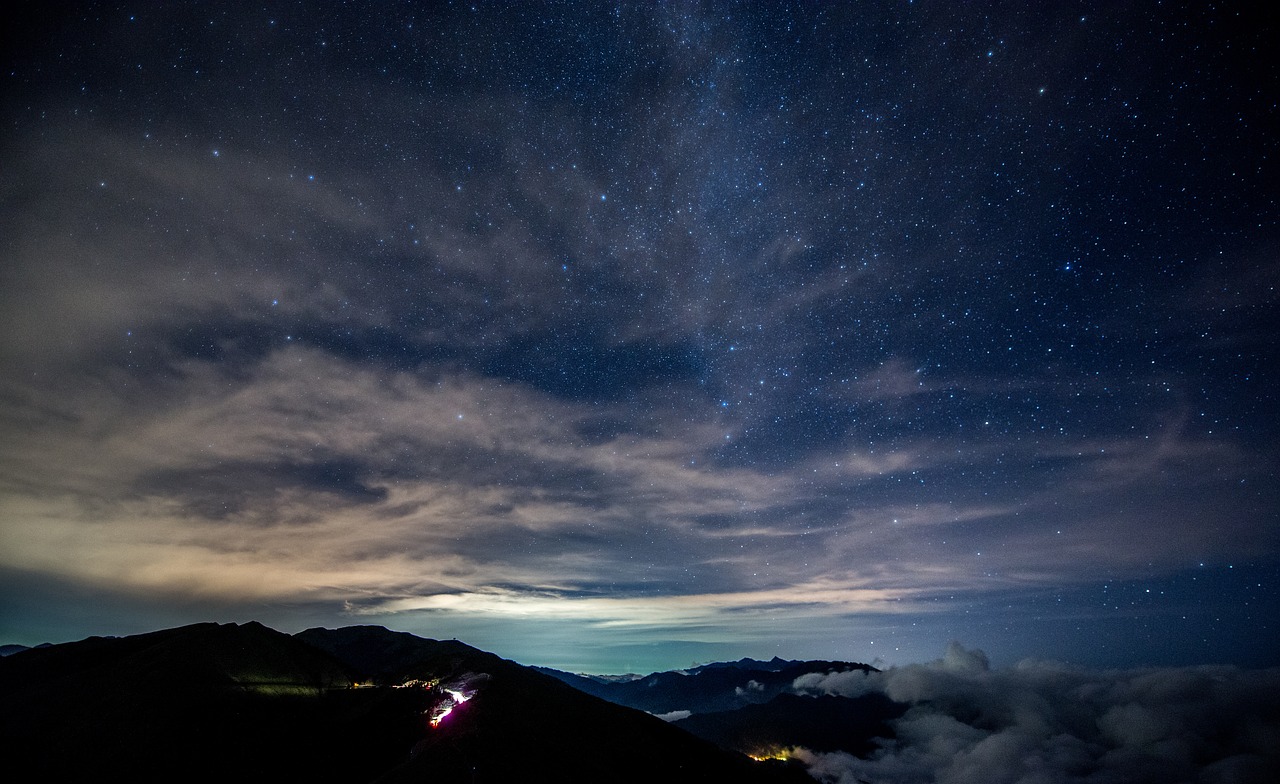 Lawrence Krauss’ book A Universe From Nothing: Why There Is Something Rather Than Nothing was released in 2012 and became a best seller. The main thesis of the book is to try to account for why the universe sprang into existence from no pre-existing material 14 billion years ago without the need for a spaceless, timeless, immaterial, uncaused, powerful, personal Creator. He does this by appeal to quantum mechanics and quantum particles. There are problems with this proposal, and many apologists have dealt with this such as Hugh Ross’ two articles (here and here), and I directly address Krauss’ argument in the revised and expanded version of Inference To The One True God which I renamed The Case For The One True God: A Scientific, Philosophical And Historical Case For The God Of Christianity. I hope to have it out sometime between May and October of 2019.

But that’s not really what this blog post is about. Rather, I want to pick at something Krauss said offhandedly in one part of his book which talks about the stars exploding so that we could exist.

Krauss wrote;
“The amazing thing is that every atom in your body came from a star that exploded. And, the atoms in your left hand probably came from a different star than your right hand. It really is the most poetic thing I know about physics: You are all stardust. You couldn’t be here if stars hadn’t exploded, because the elements – the carbon, nitrogen, oxygen, iron, all the things that matter for evolution – weren’t created at the beginning of time. They were created in the nuclear furnaces of stars, and the only way they could get into your body is if those stars were kind enough to explode. So, forget Jesus. The stars died so that you could be here today.”

Now, almost nothing in the above quote is anything I would take issue with. Krauss is simply stating scientific facts. Our bodies are made of material that was essentially cooked inside the cores of stars billions of years ago and when those stars ran out of hydrogen to burn, they exploded and scattered the elements that had been cooked inside across the cosmos. Carbon, nitrogen, oxygen, iron, all of the stuff that composes the human body was formed inside a living star, and scattered through dying stars.

There Wouldn’t Even Be Any Universe If It Weren’t For Jesus.

John’s gospel opens up with “In the beginning was the Word, and the Word was with God, and the Word was God. He was with God in the beginning. Through him all things were made; without him nothing was made that has been made.” (John 1:1-3). Through Jesus (i.e The Word) all things were made. Not a single thing came into existence that did not come into existence through Jesus. So, in other words, there would be no stars to cook carbon, nitrogen, and oxygen if Jesus hadn’t made them.

We know from scientific evidence that the universe sprang into being out of nothing a finite time ago. Through the discoveries of Albert Einstein,1 George Lemaitre,2 and Edwin Hubble,3 we know that the universe is expanding. And if the universe is expanding, then that means that it had a beginning. Why? Because imagine watching the expansion of the universe on a photo projector. If the universe is getting bigger and bigger and bigger as you play the film forward, what happens when you press the rewind button? The universe gets smaller and smaller and smaller. Keep rewinding long enough and you’ll see the universe become smaller than the period at the end of this sentence. By extrapolating the expansion of the universe back in time, scientists have determined that the universe had an explosive beginning out of nothing about 14 billion years ago. This explosion was dubbed by Fred Hoyle “The Big Bang”.4 The discovery of Robert Wilson and Arno Penzias of the Cosmic Microwave Background radiation in the 1960s only cemented the validity of The Big Bang Theory.5

This gives us reason to think that the universe had a cause.

Why think that Jesus had to be the cause? Well, from the origin of the universe alone, we don’t know that it must be Jesus Christ, but we do know that it must be the God of one of the 3 major monotheistic religions. This is because the cause of the universe is Spaceless (The cause of all space cannot be inside of space any more than the builder of a house can be inside the house), Timeless (the cause of time can’t be temporal), immaterial (material things have mass, and ergo occupy spacial dimensions, and ergo require space to exist. Only an immaterial thing can be a non-spacial thing), powerful (since it created out of nothing), uncaused (since before-and-after relationships are impossible in a timeless state), and personal (since of the two things philosophers recognize as immaterial; abstract objects and unembodied minds, only the latter has any causal power).

This type of Creator is only compatible with the monotheistic religions. All other religions have a god or gods bringing order within a beginningless space-time realm.7 Now, I believe this cause is Jesus based on other evidence, such as The Minimal Facts Case For Jesus’ Resurrection.

For the past 50 years, scientists have discovered that the laws and constants of physics unexpectedly conspire in an extraordinary way to make the universe habitable for life. This has become commonly known as “The Fine-Tuning Of The Universe”. If the laws of physics were off by a hair’s breadth, we wouldn’t be here.

The expansion rate is governed by two factors; Dark Energy and Gravity, which serve as the equivalent of a gas and brake pedal in the car. If the gas and brake pedal aren’t finely tuned with respect to one another, that will affect how fast the car (universe) goes. The Dark Energy constant is finely tuned to 1 in 10^120. Gravity is finely tuned to one part in 10^36. If either one of these were off by a little bit, there’d be no stars or planets for life to live on.

If the ratio of the number of electrons to protons were off by 1 in 10^37, electromagnetism would dominate gravity, preventing galaxy, star, and planet formation.

Gravity determines how hot the cores of stars burn. If it were stronger, stars would be too hot and would burn too rapidly for life. Too weak, and stars would never become hot enough to ignite nuclear fusion (the very thing Lawrence Krauss was talking about in his book!).

So, we are dealing with HUGE improbabilities!

The first premise is indisputable. It’s simply a list of the options to explain fine-tuning. The second premise also seems to be true. Physical necessity (that these constants and quantities had to be this way) is pure conjecture that no one has been able to back up with evidence. It certainly seems like the universe could have expanded more quickly or slowly, for example. As for chance, well, do you have enough faith to believe that someone could randomly pick one specific atom out of all of the atoms in the universe? I don’t. And if you don’t, then you shouldn’t believe the fine-tuning was due to chance because we’re dealing with probabilities both close to and even greater than picking one atom out of all the atoms in the universe! Given the truth of the two premises, the conclusion follows; The Fine-Tuning of the universe is due to intelligent design.

Again, we don’t know from the evidence of fine-tuning alone that the fine-tuner is Jesus, but we do know that Jesus is a potential candidate. So, forget Jesus? Forget Jesus? There would be no stars and planets without Him. There would be no nuclear fusion without Him. Because the cooking of the elements in the interior of stars requires (A) a universe and (B) a finely-tuned universe! Without God, we’d have neither!

There’s this prevalent idea that if we have a natural explanation for some phenomena, then, therefore, it must be the case that God did not do it. “God did it” and “Nature did it” are mutually exclusive explanations. I suspect that this is a reason why Krauss ended his treatment of nuclear fusion with “Forget Jesus, stars died so that you could be born.” In other words, “Forget Jesus! He didn’t create you! Natural processes did. Nuclear Fusion and Evolution did all the work!”

But why couldn’t it be both? As already stated, God is the best explanation for both the origin and fine-tuning of the universe. Without fine-tuning, there’d be no nuclear fusion and intelligent design is the best explanation why the constants and quantities of physics fell into the ranges they did against all odds. Moreover, as a Theistic Evolutionist, I believe God used not only nuclear fusion but also a natural, biological process to bring us into being. I see no true dichotomy between the statements “God created us” and “We evolved”. Whether we’re talking stellar evolution or biological evolution, all glory goes to God!9 They are His divinely ordained processes.

Brad Kramer gives some wonderful insight: ” In several places, the Bible insists strongly that God is actively involved in creating all humans (Psalm 139:13). But yet nobody feels the need to hypothesize about when and how God “intervenes” to accomplish this, on a biological level. We accept by faith that God’s creative activity works alongside what we think of as ‘natural’ processes without demanding scientific evidence that it happens. …. Here’s another way to look at it: there’s a big difference between a ‘natural’ process and ‘naturalistic’ process. If God is really the sovereign creator and sustainer of all things in his world, then there is no such thing as “naturalistic” process which doesn’t involve him.”10

Jesus Still Died And Rose From The Dead

The Historical Evidence shows us that Jesus died on a cross and rose from the dead. To see this evidence in depth, check out my 10 part blog post series on the resurrection or get my new book My Redeemer Lives: Evidence For The Resurrection Of Jesus, available in January on Amazon.com. Or if you just want a quick treatment, see my blog post “A Quick Case For Jesus’ Resurrection”.

In any case, Jesus died on the cross and rose from the dead, so Christianity is true. Jesus still died to atone for our sins (Isaiah 53, Romans 5:8, 1 Peter 3:18, 1 John 2:2), so we should still praise Him for that. Forget Jesus? How could I forget a God who took on human flesh and was willingly brutalized to take the punishment that I deserved upon Himself so that I wouldn’t have to take it? How could I forget the one who bled and died to absolve me of my guilt before Him? How could I forget someone who loved me so much?

Remember Jesus. He fine-tuned the laws of nature so that the stars could die so that we could be born. Remember Jesus. He died on the cross to atone for your moral transgressions against God. You can have a relationship with Him if you just ask. The Bible says “Draw near to God and He will draw near to you.” (James 4:8) and “Everyone who calls on the name of the Lord will be saved” (Romans 10:13).

3: Hubble, E. (1929). “A Relation Between Distance and Radial Velocity Among Extra-Galactic Nebulae”. Proceedings of the National Academy of Sciences.