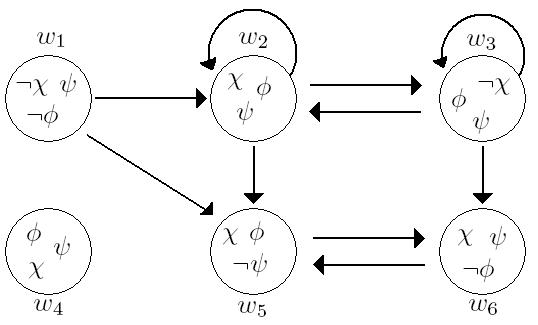 Hey, Evan. The Lord Jesus bless you greatly. First of all, I congratulate you for your apologetic and philosophical work both for general Christianity and for the Arminian and Molinist visions.

Although I am a Christian and the ontological argument seems excellent to me, I have some discomforts that I hope you can help me solve.

1) Doesn’t the Ontological Argument take as a starting point what our conclusion should be? It seems that the argument begins with the idea of God (instead of demonstrating it) and makes certain deductions on that metaphysical basis. However, this does not seem to prove that God exists in reality. There is the option that it only exists in our mind with the idea that it also exists in reality. How do we justify the passage from idea to existence in reality? To say that existence is a necessary quality of the Maxima Grande Being still does not necessarily imply its objective existence.

2) According to Quine, there are two types of needs, of re and of dictation. What type of need is the existence of God?

If the existence is dicto, then this property belongs to the concept of “God”, i.e. “God necessarily exists” is only by virtue of the concept of God. So even if the ontological argument is valid and the conclusion is true “God exists” would be a purely analytical statement, but the analytical statements themselves tell us nothing about the world, they only tell us something about linguistic conventions, so even if this argument is valid it tells us nothing about the real world.

On the other hand, if the existence of God belongs to some characteristic of God and not to the concept of God, then I can ask: To which characteristic of God exactly does the necessary existence belong? It can be said that God is necessary because everything else depends on His existence. Thus, the “something” in possible worlds necessarily depends on God, causing a modal collapse.

Thank you for reading my concerns.

For readers who may not be familiar with this argument, allow me to spell out the premises.

1: It is possible that a maximally great being exists.

4: If a maximally great being exists in every possible world, then it exists in the actual world.

6: Therefore, a maximally great being exists.

So, to conclude whether or not The Ontological Argument is sound, one needs to answer two questions. (1) What is a Maximally Great Being, and (2) Is such a thing logically possible?

Answering the first question is easy. I think we can all intuit what a Maximally Great Being is. It’s a being that has all great-making properties (i.e properties that would make a person great if he had them) and he has them to the greatest extent possible. So, Omnipotence, omniscience, omnipresence, moral perfection, and necessary existence would be properties that a Maximally Great Being would have. I don’t think anyone would say that being weak, ignorant, not present, morally evil, and contingent existence would be better than power, knowledge, presence, moral goodness, and necessary existence. It seems obvious that the latter are great making properties. If someone disagrees, then they should provide some argument for why they think the former are great making properties rather than the latter.

The insight of The Ontological Argument is that God’s Existence is either necessary or impossible. God either has to exist or He cannot exist. What The OA does is take the concession that God’s Existence is possible and draws out the modal implications of that. What are the implications of a Maximally Great Being being possible? Well, it means He exists in some possible world. What follows from that? Well, since necessary existence is part of His attributes, it means he exists in all possible worlds? What follows from that? Well, then He exists in the actual world because it is a possible world.

Your second question is; what type of existence is God: De Re or De Dicto? This second question is both slightly confused and far too quick with the modal collapse conclusion. The reason I say that it’s confused is due to the fact that there is more than one kind of Ontological Argument. Some of these versions of the argument don’t even deal with God having necessary existence, Anselm’s original version being one of them. You don’t need to go into whether God’s existence is necessary in order to figure out whether or not Anselm’s conclusion is sound. I say this because I think a few sentences in your e-mail here seem to be alluding to Anselm’s formulation. In Anselm’s formulation, it’s metaphysically greater to exist in reality than in the mind, so if your idea of the best possible being is in the mind only, then there remains a better being, namely one who is in reality. So it turns out the greatest possible being is in the mind and reality. This directly says nothing about necessary existence. Now, The modal Ontological Argument which I defend is of a different type than Anselm’s original formulation. And here, it does entail necessary existence.

The terms “de re” and “de dicto” refer to a thing’s being (de re) or pertaining to a statement (de dicto); obviously we’d take the necessary existence in modal ontological arguments to be de re (metaphysical).

When you say that de re necessary existence is a”characteristic” of God, you are missing the main point. It belongs to the very nature of God!

I put your question to Randy Everist, a Ph.D philosophy candidate and blogger of Possible Worlds.  (the website that made a Molinist, btw). He said that your definition of God’s necessity is curious. He said “Suppose nothing else existed, except for God, and suppose that God exists necessarily. Why think this is an impossible scenario? In other words, why think it is the other things that define God’s necessary existence? In still other words, why can’t God’s very nature have necessary existence? It’s a mistake to construe God’s nature as deriving its necessity from other things. So there’s no reason to think that God needs other things in order to be this conception of God; God’s creating isn’t necessary.

But then also notice something else. Suppose it’s necessary that God creates some thing or other (contrary to most Christians position). It doesn’t at all follow there is a modal collapse. What follows is that God creates something or other, and it is all of these other things existence that gives God his necessary existence. It doesn’t follow that it must be these particular things; it could be a contingent truth that it is these particular things.

But no matter, since God’s necessary existence isn’t derived from his being the creator, but rather a property belonging to his nature.”