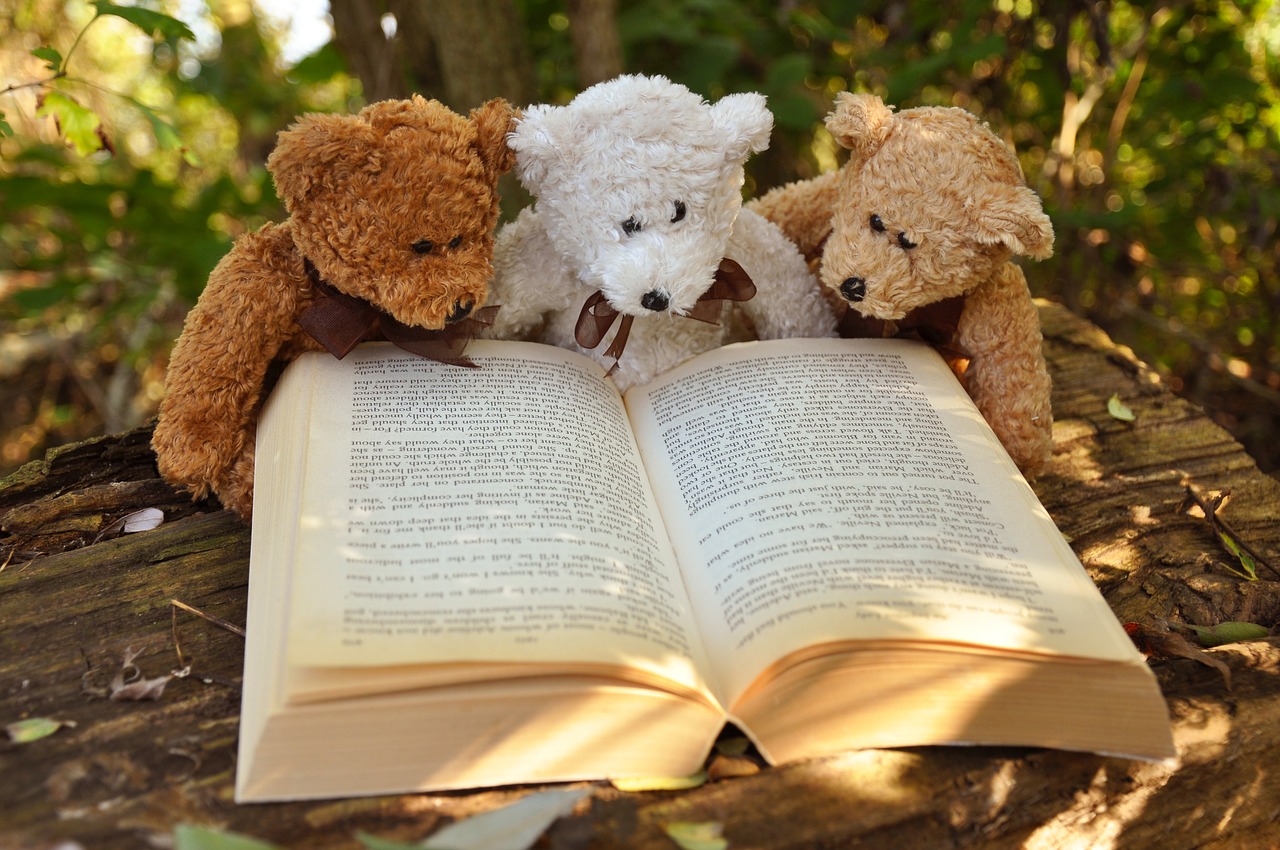 I am a Molinist. If you’ve followed this blog or my podcast for any amount of time, that should come as no surprise to you. I believe Molinism is to systematic theology was Darwinian Evolution is to biology and paleontology (Oh yeah, I’m an Evolutionary Creationist too, by the way). Speaking of evolution, I did a blog post a while back recommending 5 of the best books on Evolutionary Creationism on the market, and it was these books that persuaded me to adopt that position. You can click here to read that post. I thought I ought to do another one on books about Molinism. Every subsection of this article will be a copy/paste of reviews I had previously written up for GoodReads.com 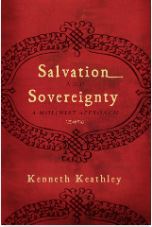 For as long as I’ve been a Christian, I was what one would call a classical Arminian. I believed that God loved all people, that Jesus died on the cross for all people, that God sent prevenient grace to all people which was resistible, and that human beings have libertarian free will. However, at the same time, there were parts of scripture that troubled me. While I did and still do affirm every doctrine I just listed, there were portions of scripture that seemed to strongly support Calvinistic doctrines such as unconditional election, the perseverance of the saints, and that God has meticulous sovereign control over all things. I found Arminian attempts to interpret these passages to be strained and it seemed like they were trying to shoehorn these passages into their theology. At the same time, I couldn’t affirm that Jesus only died for the elect or that He only wanted certain people to be saved because The Bible overwhelmingly contradicted such a notion in a multitude of places (to say nothing of it impinging on Perfect Being Theology).

Praise God for the work of Luis De Molina. Through Molinism, I have found a soteriological stance and a stance on divine sovereignty and human freedom that incorporates the insights of the Calvinists while avoiding the exegetical and philosophical problems Calvinism has, while also incorporates the biblical truths Arminians defend.

In this book, Kenneth Keathley provides a statement that acts as an abstract for the entire book. Kenneth Kealthey explains in a summarized form why he is a Molinist. Keathley speaks for me when he writes:

“So why do I embrace Molinism? Because, like the Calvinist, I am convinced The Bible teaches that (1) God is sovereign and His control is meticulous; (2) man is incapable of contributing to his salvation or of even desiring to be saved; (3) God through Christ is Author, accomplisher, and completer of salvation (i.e., salvation is a work of grace from beginning to end); and (4) individual election is unconditional; and (5) the believer is secure in Christ. However, like the Arminian, I am also convinced The Bible teaches that (6) God is not the Author, Origin, or Cause of sin (and to say that He is, is not just hyper-Calvinism but blasphemy); (7) God genuinely desires the salvation of all humanity; (8) Christ genuinely died for all people; (9) God’s grace is resistible (this means that regeneration does not precede conversion); and (10) humans genuinely choose, are causal agents, and are responsible for the sin of rejecting Christ (this means that the alternative of accepting salvation was genuinely available to the unbeliever). As we will see, there is only one position that coherently holds to all ten affirmations, and that is Molinism.”

In science, one should go with the hypothesis that has the greatest explanatory scope of the data. I think the same should go for theology; which some have dubbed the “mother of all sciences”. Classical Arminianism and Classical Calvinism can explain certain portions of biblical teaching, but they cannot explain the ENTIRETY of biblical teaching. Molinism far exceeds Classical Arminianism and Classical Calvinism in explanatory scope in explaining the soteriological data. This is one of the primary reasons that I consider myself a Molinist.

In this book, Kenneth Keathley provides biblical defense for the 10 affirmations that lead him to Molinism as the best explanation. I won’t ever write a book defending my own soteriological position because I believe Keathley has already done that. I can’t think of a single line of this book I disagree with. If you are like me and you find yourself unsatisfied with your current soteriological position (perhaps you’re an Arminian of the Roger Olson variety or a Calvinist of the John Piper variety), then I highly admonish you to buy and read this book. Keathley provides the perfect middle ground between hard Arminianism and hard Calvinism. Keathley provides a Molinistic view of soteriology that explains the entirety of biblical teaching. 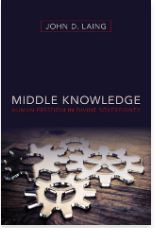 Excellent scholarly source on Molinism. He accurately represents his opponents, citing their own words and quotations describing their positions, and proceeds to show how Molinism prevails over these non-Molinist views (Process Theology, Open Theism, Divine Determinism, Simple Foreknowledge Arminianism) in areas such as (1) Reconciling meticulous divine providence with human free will, (2) Reconciling God’s universal salvific will and resistible grace with his predestination of individuals to salvation, (3) The clear and numerous passages teaching perseverance of the saints with biblical passages warning us not to fall away, (4) How God inspired the content of the biblical text yet didn’t dictate every word jotted down (as is clear from the fact that human idiosyncrasies are present in the text), (5) the problem of evil, and several other issues.

Laing’s primary goal is to show that Molinism has superior explanatory power in wrestling with theological issues than all non-Molinist views, thereby making Molinism the preferable view for the Christian to take. In the semi-final chapter of the book, Laing does look at biblical evidence for the doctrine of middle knowledge and the system of Molinism, but from my reading, his primary concern is to demonstrate Molinism’s explanatory superiority in dealing with issues such as human freedom with divine sovereignty, predestination and God’s will for all to be saved, the tension between the security and warning passages, and others.

I will issue this one warning though; chapters 2, 3 and 4 are highly technical, but once you get to chapter 5 and beyond, the discussion becomes a lot less headache-inducing and easier to understand and digest. Unfortunately, the first half of the book is probably the most important and it defends Molinism’s coherence against the grounding and circularity objections and argues for the compatibility of foreknowledge and human freedom.

Book 3: “The Only Wise God: The Compatibility Between Divine Foreknowledge And Human Freedom” by William Lane Craig 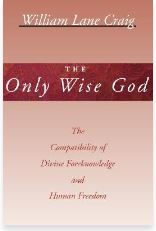 This book answers the objection from Open Theists, Divine Determinists, Atheists, and others that human free will and divine foreknowledge are incompatible. Craig first refutes Open Theism by listing the myriad of biblical passages and verses that either directly assert, implicitly assert, or logically entail that God has foreknowledge (i.e He knows what is going to happen in the future). He also unpacks the biblical evidence that God knows counterfactuals (i.e If X, then Y). I haven’t read it in a while, but I also think he makes a biblical case for libertarian free will as well, though I may be mistaken on this. From there on, he tackles the objection of how these biblical truths can be compatible.

Book 4: “Luis De Molina: The Life and Theology Of The Founder Of Middle Knowledge” by Kirk MacGregor 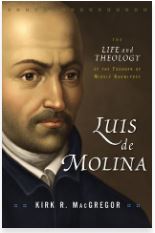 Kirk MacGregor is known by many as the world’s leading expert on Luis De Molina and the theological system that sprang from him, known as Molinism. This book is both a biography of Molina as well as an introduction and defense of Molinism.

This book is really great, and I recommend it to anyone interested in studying Molinism. You will not only learn of why Molinism is the best explanation of the biblical data, but you will also learn the history and the life of the man who developed the doctrine.

Book 5: “An Introduction To Molinism: Scripture, Reason, and All That God Has Ordered” by Max Andrews 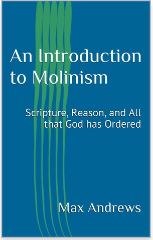 This book of Max Andrew’s is the first in a two-part work. This book seeks to introduce newbies to the theological system called Molinism, named after the 16th century Jesuit priest Luis De Molina, and the biblical and philosophical reasons why this view ought to be preferred over non-Molinist systems. The second book in this series called “The Philosophy, Theology, and Science of Molinism (The Spread of Molinism Book 2)”

Andrews writes of his book that “The purpose of my first eBook on ‘Molinism, An Introduction to Molinism: Scripture, Reason, and all that God has Ordered’, was intended to ease in those who may be unfamiliar with the major talking points and issues concerning Molinism today. Likewise, it was intended to present Molinism accurately, avoiding misrepresentations or straw-men presentations from non-Molinists.”

For the most part, I think he succeeded at that goal. However, I sense that this material might be a little too heady for the average churchgoer. For a Christian who already has done some philosophical study (like yours truly), it wasn’t a problem at all. But I believe the people who attend my church, if they read this, might put the book down to go grab a bottle of Tylenol. This is my only criticism of the book. I think one of the reasons Molinism isn’t more widespread is that most of the material on the subject are not easy reads.

Q&A: Molinism and The Infallibility Of God