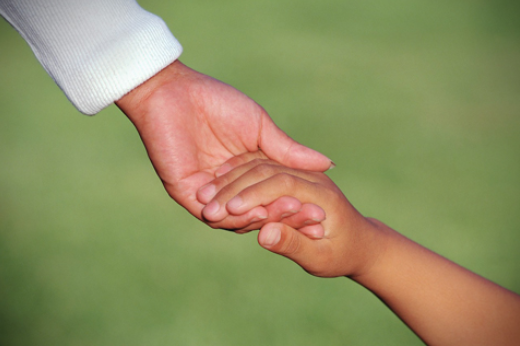 Sins of omission are when you know you should do something
and then you don’t do it. A sin of omission is a sin you become accountable for
when you should have performed a certain action but chose not to. Are
sins of omission a real thing? Are they taught in The Bible? What is the
biblical evidence for this? Sins of omission are a real thing. The concept of
sins of omission is both biblical as well as just common sense. The biblical
evidence for this is given in the following paragraphs.
One example that comes to mind comes from the book of
Proverbs. Proverbs 24:11-12 says “Rescue those being led away to death; hold
back those staggering toward slaughter. If you say, ‘But we knew nothing about
this,’ does not he who weighs the heart perceive it? Does not he who guards
your life know it? Will he not repay everyone according to what they have
done?” – In this passage, The Bible says that God will hold you responsible
if you see an innocent person being lead to his death but you don’t step in to “rescue”
them and to “hold [them] back”.
James 4:17 says “If
anyone, then, knows the good they ought to do and doesn’t do it, it is sin for
them.”
1 John 3:17-18 says “But whoever has this world’s goods,
and sees his brother in need, and shuts up his heart from him, how does the
love of God abide in him? My little children, let us not love in word or in
tongue, but in deed and in truth.” (NKJV)
1 Timothy 5:8 says “Anyone who does not provide for their
relatives, and especially for their own household, has denied the faith and is
worse than an unbeliever.”
Jesus also seemed to believe that there were sins of
omission. During His Olivet Discourse in Matthew 25, Jesus said that the Son of
Man would gather all the nations before Him at the day of judgment and separate
them into two groups; one group on His right, and one group on his left (verses
31-33). He then says that He shall say to one group that they fed Him when He
was hungry, gave Him drink when He was thirsty, clothed him when He was naked
and so on (verses 34-36) followed by those saying that they have no
recollections of doing those things for Him with Jesus responding to them “If
you’ve done it to the least of these you’ve done it unto me.” (verses
37-40) After that, He told His disciples “Then He will also say to those on
the left hand, ‘Depart from Me, you cursed, into the everlasting fire prepared
for the devil and his angels: for I was hungry and you gave Me no food; I was
thirsty and you gave Me no drink; I was a stranger and you did not take Me in,
naked and you did not clothe Me, sick and in prison and you did not visit Me.’
Then they also will answer Him, saying, ‘Lord, when did we see You hungry or
thirsty or a stranger or naked or sick or in prison, and did not minister to
You?’ Then He will answer them, saying, ‘Assuredly, I say to you, inasmuch as
you did not do it to one of the least of these, you did not do it to Me.’”
– Matthew 25:41-45   (NKJV)
In the group on the left, Jesus chastised this group because
they refused to give Him food when He was hungry and something to drink when he
was thirsty and so on. The King will not be furious with these people on the
basis of something they did, but instead, He’s clearly going to be angry with
them on the basis of something they didn’t do.
Another example of the concept of sins of omission is found
in Jesus’ Parable Of The Good Samaritan. After a man had been beaten and left
lying in the road, two men came by; a priest and a Levite. Instead of helping
the man, they both passed by him. Then a third man came along. This man was a
Samaritan. He stopped to show compassion to the man in need (Luke 10:30-37). Jesus used this example to teach
that we are to likewise help those in need. By doing so, he clearly
communicated that it is sinful to avoid doing good, just as it is sinful to
pursue what is evil.
In conclusion, The Bible definitely teaches the sins of
omission.
Liked it? Take a second to support Evan Minton on Patreon!

3 Reasons Why The “Jesus Never Said Anything About Homosexuality” Argument Fails.