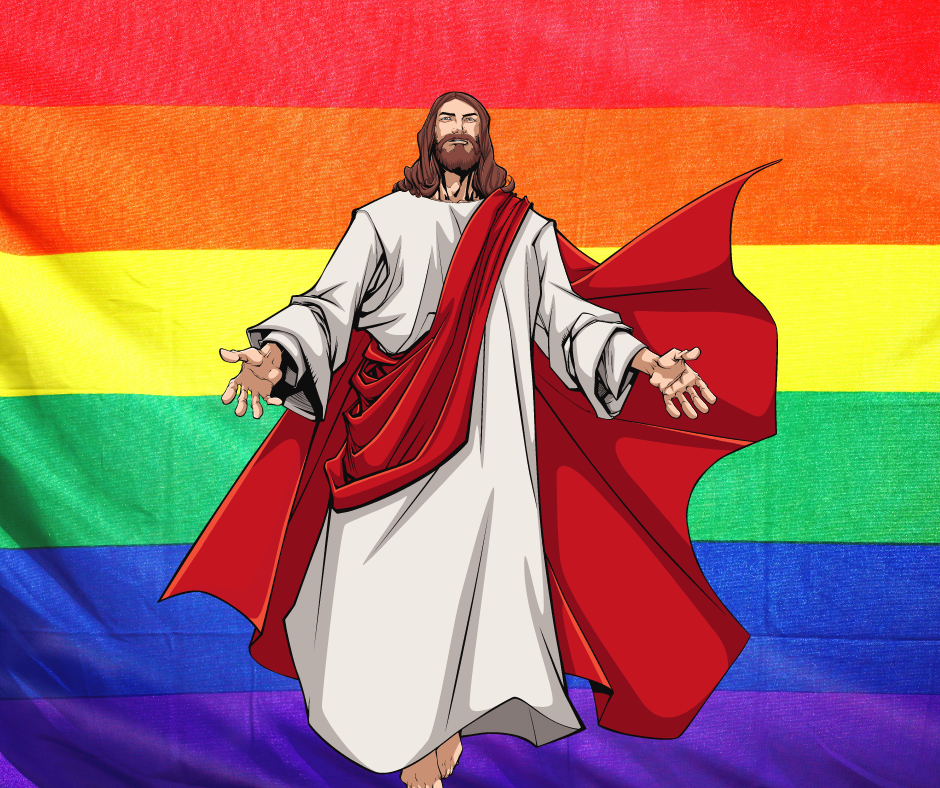 Jimmy Carter has been quoted as saying “Jesus never said a word about homosexuality. In all of his teachings about multiple things – he never said that gay people should be condemned. I personally think it is very fine for gay people to be married in civil ceremonies.” Carter’s statement reflects the thought of many in our country today, who think that because Jesus never spoke about homosexuality, that he was therefore okay with it. I’ve never found this argument for homosexual behavior very compelling for a number of reasons.

1: Jesus Probably Didn’t Talk About Homosexuality Because He Didn’t Have To.
Jesus of Nazareth was a Jew, and His audience during His 3 year ministry consisted almost entirely of Jews. While Jesus came to pay for the sins of the whole world (John 3:16, 1 John 2:2) and to be a light for the gentiles (see Isaiah 42:6 cf. Luke 2:32), He left the spreading of the gospel to gentiles up to His disciples/apostles. Jesus’ preaching audience consisted almost entirely of Jews, and the Old Testament law condemned homosexual practice (see Leviticus 18:22). Therefore, Jesus didn’t need to preach against homosexual activity, because everyone He was preaching to already was aware of that fact. The Torah was read in Synagogues every Saturday. It’s implausible to think that Jews would sit in Syangogue every Saturday and Leviticus 18:22 never came up.

Jesus didn’t preach against it because he didn’t have to. Jesus was a Jew, and he was preaching to Jews. The Old Testament spoke against homosexual practices, and the Jews heard the Torah preached in Synagogues often. Jesus didn’t have to teach what his hearers already knew. If Jesus were preaching to Gentiles, that might have been different.

2: One Must Look At What The Entirety Of Scripture Says On The Topic
Even though Jesus never said anything on it, that doesn’t mean The Bible as a whole didn’t. Homosexual activity is spoken against in The New Testament epistles, and as Christians, we believe the NT epistles are just as inspired as the gospels. One must look at the whole of scripture to see what it says on a given topic.

“For this reason God gave them up to dishonorable passions. For their women exchanged natural relations for those that are contrary to nature; and the men likewise gave up natural relations with women and were consumed with passion for one another, men committing shameless acts with men and receiving in themselves the due penalty for their error. And since they did not see fit to acknowledge God, God gave them up to a debased mind to do what ought not to be done.” – Romans 1:26-28

“Or do you not know that the unrighteous will not inherit the kingdom of God? Do not be deceived: neither the sexually immoral, nor idolaters, nor adulterers, nor men who practice homosexuality, nor thieves, nor the greedy, nor drunkards, nor revilers, nor swindlers will inherit the kingdom of God. And such were some of you. But you were washed, you were sanctified, you were justified in the name of the Lord Jesus Christ and by the Spirit of our God.” – 1 Corinthians 6:9-11

“We also know that the law is made not for the righteous but for lawbreakers and rebels, the ungodly and sinful, the unholy and irreligious, for those who kill their fathers or mothers, for murderers, for the sexually immoral, for those practicing homosexuality, for slave traders and liars and perjurers—and for whatever else is contrary to the sound doctrine.” – 1 Timothy 1:9-11

The Word of God definitely has something to say about homosexual activity. Now, in a Facebook discussion, someone objected “Not everyone believes the NT epistles are just as inspired as the Gospels as the words of Jesus, as we have them, are given greater importance than the epistle writers.” But this misses the point. To argue against Christians, you must be able to account for the entirety of scripture on a given topic. I believe the entire New Testament is inspired as do the vast majority of people in Christendom. To argue against them, you’ll have to either show that the entire New Testament is silent on the issue (which is obviously false) or else show that the NT epistles don’t deserve to be called scripture.

3: The Argument Commits A Logical Fallacy

The argument that Jesus never preached about homosexuality, so it therefore must be okay, commits a logical fallacy know an “Argument From Silence”. Jesus never talked about pedophilia, bestiality, or racism either. By this logic, one would have to conclude that these things are okay, but this is crazy. Obviously, pedophilia, bestiality, and racism are moral abominations. This shows that just because Jesus didn’t talk about something, that doesn’t necessarily mean that he condoned it. Now don’t misunderstand me here, I’m not saying homosexuality is just as bad as pedophilia or bestiality. My point here is that just because Jesus didn’t say “X is wrong. Don’t do that.” That doesn’t mean he’s okay with it. By this logic, you could sanction all sorts of things. “Jesus didn’t talk about throwing feces at old people, so it must be okay”, “Jesus didn’t say not to kick puppies, so there must be nothing wrong with kicking puppies”, “Jesus didn’t say not to say the F word in church, so let’s say the F bomb a few times during service”, “Jesus didn’t condemn child sacrifice, so there must not be anything wrong with child sacrifice”. This is absurd.
The argument is an argument from silence. You can’t build a case on the basis of what a source doesn’t say, only on what it does.
Liked it? Take a second to support Evan Minton on Patreon!

My Thoughts On Christians and Tattoos.

Is Being Rich A Sin?