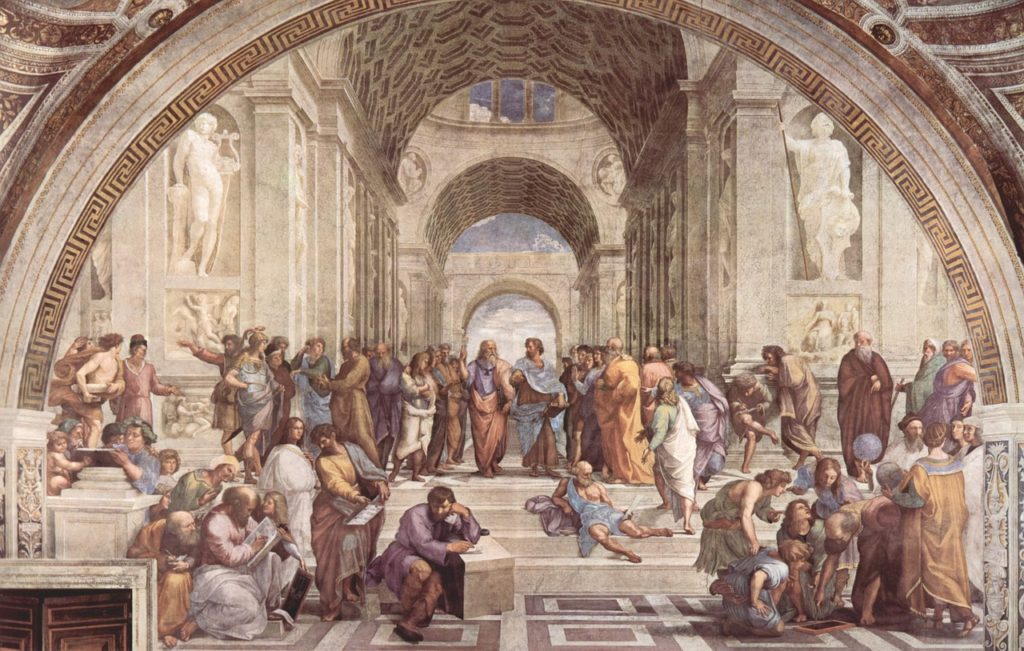 Some well-meaning but very misinformed Christians discourage the study of philosophy on the basis of a verse in Colossians chapter 2. In Colossians 2:8, the apostle Paul wrote: “See to it that no one takes you captive by philosophy and empty deceit, according to human tradition, according to the elemental spirits[a] of the world, and not according to Christ.” This verse has become the chief proof-text for anti-philosophy Christians. In fact, even the famous reformed preacher John MacArthur argued against philosophy using this text. In The MacArthur Study Bible, he wrote “You know what philosophers are? They’re doodlers with words instead of pencils. They just make a whole lot of verbal squiggles. Colossians 2:8 says this: ‘Beware lest any man spoil you through philosophy.’” Unfortunately, this verse has been majorly misinterpreted.

KEEP THE TEXT IN ITS CONTEXT

When you look at the verse in context, what you find is that Paul wasn’t saying “Philosophy is bad”, but rather, he was warning his readers to be on the lookout for bad philosophies.

To really understand what Paul is talking about in this verse, one needs to move beyond the verse itself. One needs to read it in context. That means both the immediate context (the verses before and after it) and its cultural context. Moyer Hubbard of Equip.org writes “Looking now at Colossians and the specific context of chapter 2, we find Paul addressing a local assembly that had been infiltrated by a form of false teaching that threatened to undermine the gospel he preached. Paul does not give us enough information to identify precisely what sect or ‘philosophy’ he is describing. There are some clues, however, that suggest that it was perhaps a syncretistic hybrid of Jewish mystical practices and popular pagan folk-belief: he mentions the observance of special days, including the Sabbath (v.16); visionary experience and the worship of angels (v.18); submission to the “elemental spirits of the world” (v.20);6 and abstinence (vv.21,23). Paul clearly is attacking a peculiar form of religious speculation, but it is impossible to identify it with any of the major schools of philosophy known to us from the Greco-Roman world. In fact, it is important to keep in mind that the Greek word philosophia (and its Latin cognate) had a variety of meanings in this period, and, depending on the context, might be translated ‘religion,’ ‘speculation,’ or ‘investigation.'”1

We gain more information on this incorrect philosophy by taking into account how Paul describes it in the 8th verse of Colossians 2: Paul says that it’s founded on “human traditions and the elemental powers of the world, and not on Christ.” The key phrase here is  “[based] not on Christ.” Paul was targeting “philosophical” speculations that oppose the truths of Christ.

Moreover, I think the phrase “human traditions,” gives us a clue that this ungodly speculation was Jewish in nature. The phrase “human traditions” appears in only one other place; Mark 7:8, where Jesus condemns the Pharisees as those who reject “the commands of God and hold to human traditions” (cf. Galatians 1:14). Paul uses the term “elemental spirits of the world” similarly in referring to the Galatians’ doing the Torah stuff in Galatians 4:3. As Hubbard commented “That Paul could refer to this syncretistic Jewish speculation as a ‘philosophy’ is in keeping with how Hellenistic Jews of the period sometimes referred to their faith.”2 He said that because extra-biblical Jewish writers of the time called their theological beliefs “philosophies”. For example, the Jewish historian Flavius Josephus calls Judaism and its multiple sects as “philosophies”3 (those sects being the Essenes, Sadducees, and Pharisees)4

4 Maccabees refers to Judaism as “our philosophy…teaching temperance, self-control, courage” (5.22‑23). Therefore, it very well could be the case that  Colossians 2:8 is referring to Judaism and the Judaisers, employing their terminology when referring to their beliefs. If that is the case, then one cannot use Colossians 2:8 to condemn the study of philosophy as a whole, for Paul is merely warning against philosophical systems that oppose the gospel, in this case; the philosophy of the Judaisers.

Besides the exegetical fallacies in taking Colossians 2:8, there is a logical problem as well; namely, it’s self-refuting. In any attempt you make to formulate arguments against philosophy, you will be reasoning philosophically about philosophy. Yet if you’re reasoning philosophically about philosophy, you’re engaging in the very thing Paul (allegedly) told us not to do; philosophy! This is why Christians who say “I don’t need philosophy” are frequently met with the retort “Really? That’s a nice philosophy.” and “You shouldn’t do philosophy” with “Is that your philosophy?” Are we to believe that The Holy Spirit would inspire Paul to teach self-refuting….philosophies?

The Apostle Paul was not anti-philosophy. Those who argue that he was do so by ripping Colossians 2:8 out of context. Moreover, to say you shouldn’t do philosophy and then proceed to give any arguments for it is self-refuting, as you’re doing philosophy.

I’ll end this blog post with a quote from Dr. William Lane Craig: “the man who claims to have no need for philosophy is the one most apt to be fooled by it”5

1: “Is Colossians 2:8 A Warning Against Philosophy?” – by Moyer Hubbard, http://www.equip.org/article/is-colossians-28-a-warning-against-philosophy/

Q&A: The Multiverse As An Argument For Religious Pluralism?