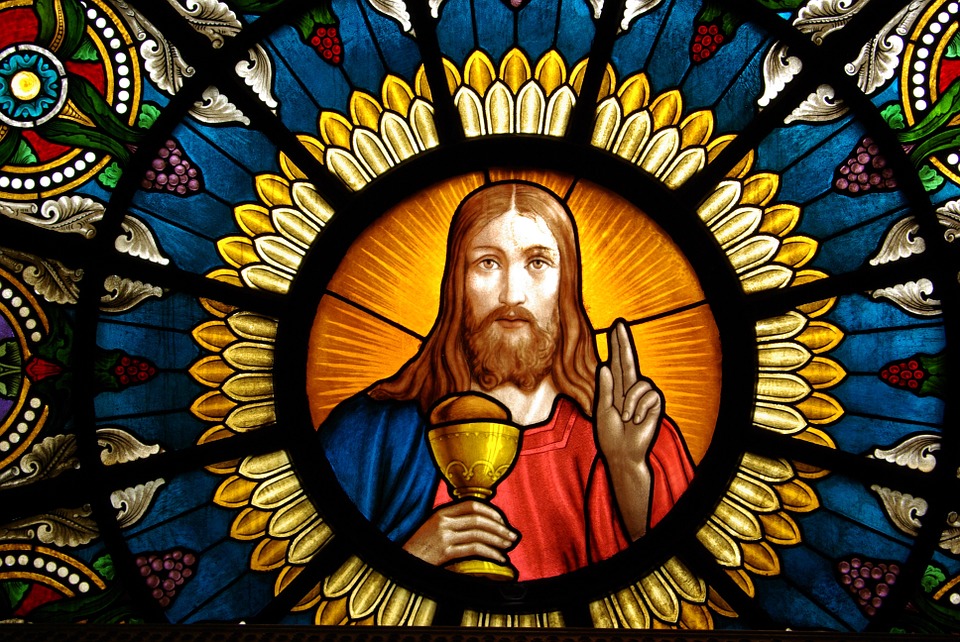 However, there are several problems with this interpretation and translation of this passage. I find that there are at least three.

The Bible Teaches That God and God Alone Created The Universe

The Bible is clear that only God is responsible for bringing all physical reality into existence. It explicitly states that God did not have anyone helping him bring the cosmos into being. Isaiah 44:24 says “Thus says the LORD, your Redeemer, and the one who formed you from the womb, ‘I, the LORD, am the maker of all things, Stretching out the heavens by Myself And spreading out the earth all alone,'” In this verse, God says that He stretched out the heavens by Himself, and that He spread out the Earth alone. He said outright that He alone stretched out the heavens, and that He alone is responsible for the Earth’s formation. God makes this point in other verses as well. In Job 9:8, Job says of God “He alone stretches out the heavens and treads on the waves of the sea.” Both of these verses (Isaiah 44:24 and Job 9:8) state that God alone is responsible for the stretching out of the heavens, which is an act of creation regardless of whether you take the concordist approach (that this is referring to the expansion of space from the big bang) or the non-concordist approach (that this is referring to God setting the solid dome over the Earth). The “stretching out of the heavens” is a creative act regardless of what interpretive framework you take, and The Bible says that God is the sole entity responsible for it.


Why does this militate against the JW view that the Word is “a” god? Because if God and Jesus are two completely separate entities, then we’ve got a contradiction in scripture. Because on the one hand, The Bible says that Yawheh is the sole entity responsible for creating the universe, but on the other hand we have The Bible saying “Through him all things were made; without him nothing was made that has been made.” (John 1:3, NIV). John 1:3 states that The Word (i.e Jesus) created everything, and that nothing came into existence except through the creative power of the Word. If The Word is a completely separate entity from Yahweh, then The Bible contradicts itself. However, The Bible is the Word of God, and “every word of God proves true” (Proverbs 30:5) because it is “God Breathed” (2 Timothy 3:16). In this case, The Word cannot be merely “a” god, but God. If The Word is God, then there is no contradiction. If Jesus is God, then the Old Testament passages saying that only Yawheh is the universe’s creator do not conflict with John 1:3.


Moreover, John 1:3 is not the only Bible passage that states that Jesus is the Creator of the universe.
Colossians 1:15-17 says “The Son is the image of the invisible God, the firstborn over all creation. For in him all things were created: things in heaven and on earth, visible and invisible, whether thrones or powers or rulers or authorities; all things have been created through him and for him. He is before all things, and in him all things hold together.” (NIV) and Hebrews 1 also says that Jesus is the Creator of the universe.


The Jehovah’s Witnesses translations, corrupted as they are, also say in John 1, Colossians 1, and Hebrews 1, that Jesus is the Creator of the universe. “In the beginning was the Word, and the Word was with God, and the Word was a god.* This one was in the beginning with God. All things came into existence through him, and apart from him not even one thing came into existence.” (John 1:1-3 NWT), “because by means of him all other things were created in the heavens and on the earth, the things visible and the things invisible, whether they are thrones or lordships or governments or authorities. All other things have been created through him+ and for him.” (Colossians 1:16-17, NWT). Therefore, The Jehovah’s Witness cannot simply say the passages I cited above have been mistranslated. Their own translators agree that Jesus brought the universe into being, they just don’t believe He’s the Lord Yahweh. But as I’ve said above, in that case, you’ve got a contradiction in scripture, which is impossible if The Bible is divinely inspired.


The Bible Teaches That There Is Only One God


The Bible is emphathic about monotheism. While it’s true that ancient Israelites believed in henotheism for a while (belief in many gods, but one God superior to them all), God Himself corrected that belief many times throughout Israel’s history. Deuteronomy 6:4 says “Hear, O Israel: The LORD our God, the LORD is one.” (NIV) In Isaiah 43:10, God said “You are my witnesses,’ declares the LORD, ‘and my servant whom I have chosen, so that you may know and believe me and understand that I am he. Before me no god was formed, nor will there be one after me.'” (NIV). Isaiah 44:6 says “This is what the LORD says– Israel’s King and Redeemer, the LORD Almighty: I am the first and I am the last; apart from me there is no God.” (NIV), and Isaiah 44:8b says “You are my witnesses. Is there any God besides me? No, there is no other Rock; I know not one.” (NIV).


Once again, you can check the New World Translation and find that Deuteronomy 6:4, Isaiah 43:10, Isaiah 44:6, and Isaiah 44:8 all teach monotheism. Their own translators agree that these passages are accurately translated in the NIV, which is why they read the same in the NWT. However, once again, we run into a problem. If The Bible teaches against polytheism and henotheism, and John 1:1 teaches that The Word is merely “a” god, a separate entity from Yahweh; The God of Israel, then once again The Bible contradicts itself. On the one hand, we’ve got passages saying there’s only one God, but on the other hand, we’ve got John 1 telling us “There is another god. His name is Jesus.” Both can’t be true. There’s either one God or there are more. However, if Jesus if God Himself, the same divine entity that revealed Himself to Israel, the same entity who parted the red seas, the same entity who gave The Ten Commandments, the same entity who said to Israel “You are my people”, then we have no contradiction at all. Only if Jesus is a separate entity from God The Father do we run into a contradiction.


The Bible teaches that everything that exists, God created. If it exists, then God created it. Even The New World Translation teaches this. Nehemiah 9:6 says “You alone are Jehovah; you made the heavens, yes, the heaven of the heavens and all their army, the earth and all that is on it, the seas and all that is in them. And you preserve all of them alive, and the army of the heavens are bowing down to you.” (NWT), Revelation 4:11 says “You are worthy, Jehovah* our God, to receive the glory and the honor and the power, because you created all things, and because of your will they came into existence and were created.” (NWT, emphasis added). 1 Corinthians 8:6 says “there is actually to us one God, the Father, from whom all things are and we for him; and there is one Lord, Jesus Christ, through whom all things are and we through him.” (NWT, emphasis added).

So even the Jehovah’s Witnesses’ translation of The Bible affirms that God is the Creator of everything. Not some things, not even most things, but all things. This is a problem for the Jehovah’s Witness’ view that Jesus is merely “a” god and not God. Why? Because again, Jehovah’s Witnesses believe that Jesus is a created thing! They believe that he’s the archangel St. Michael! If God created all things, and Jesus is a thing, then that would mean that God created Jesus. However, John 1 of NWT says “In the beginning was the Word, and the Word was with God, and the Word was a god.* This one was in the beginning with God. All things came into existence through him, and apart from him not even one thing came into existence.” (John 1:1-3).

Adam Ford, of Adam 4d Comics offers a nice illustration that helps to get the point across that I am trying to get across. Think of it this way: Everything can be broadly divided into two groups; everything that’s created, and everything’s that not created. You could envision two buckets labeled “Created” and “Not Created”. Now, in the “Created” box, you would put everything except God. This is because everything that exists other than God came to be because God created it. This bucket includes everything from animals, planets, stars, galaxies, people, water, air, etc. God and God alone would be in the “Not Created” bucket, because God is eternal (Psalm 90:2). Now, the New World Translation of John 1:3 says “all things came into existence through him”. And this verse is referring to Jesus, The Word. But if all things, all things, came into existence through him, then Jesus already had to exist to create them. If all things came into being through Jesus, then Jesus cannot possibly be in the “Created” bucket because “all things” would have to include Jesus himself, and it’s a logical impossibility to bring yourself into being because you would have to exist before you existed in order to create yourself. If Jesus is not in the “created” bucket, then he must be in the “Not-Created” bucket. Because only God exists in the “Not-Created” bucket, and Jesus has to be in the “Not Created” bucket, this means that Jesus is God.

Now, the JW may want to pull a Calvinist at this point, and argue that “all” does not really mean “all”. Maybe it’s hyperbolic language to mean most things. Maybe John 1:3 means 99% of what exists. Well, that won’t work either. As Adam Ford pointed out in his comic, after saying “all things came into existence through him”, the text says “and apart from him, not even one thing came into existence.” . This is “A truth so nice, God said it twice” as Mr. Ford put it. Apart from Jesus, not even one thing came into existence. This leaves no doubt that the passage is referring to 100% of what exists other than God Himself.

See Adam Ford’s Comic where I got this brilliant illustration, here.

But What About The Lack Of A Definite Article?

Some might still wonder about the definite article and why it’s missing. The answer to this is a little more complex than what I can go into in a few paragraphs. However, Equip.org has an article addressing this issue. Go read it. Right here.

However, after all I’ve said above, does it really matter? The biblical evidence is pretty strong that Jesus is not “a” god, but God. If you take the view that He isn’t, then you run into contradictions two different ways. If you take the JW view, you end up with The Bible saying

Moreover, if Jesus created everything (John 1:3), then Jesus cannot be a created thing, since He couldn’t have created Himself. Instead, He must be in the “Not Created” bucket with God The Father. He must be the Creator.


Much more could be said about why the Jehovah’s Witnesses are wrong about who Jesus is, but enough has been said to show that their rendering of John 1:1 is false. Jesus is not merely “a” god. Jesus is God.

In What Way Is Jesus Begotten From The Father?

Q and A: Is Worship Of Jesus Idolatry?