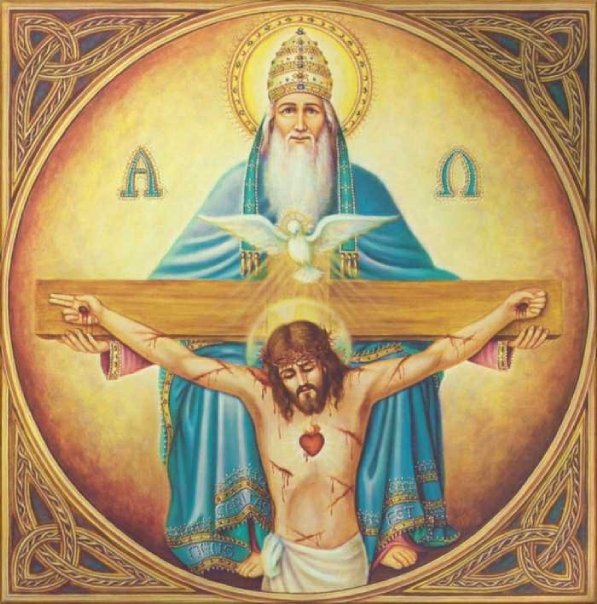 Modalism is a heresy that some people have fallen into, like
the Oneness Pentecostals, for example. Modalism is the view that there really
aren’t 3 persons of the Trinity, but just 1 person of The Trinity who goes
through different “modes” of existence. Just as a man can be a father, a son,
and an employee, so also God is the Father, the Son, and the Holy Spirit. The
Christian church condemned this view as a heresy a long time ago, and I believe
they were right in doing so. Modalism is at odds with the scriptures. Now,
don’t get me wrong here. I’m not denying the deity of Christ. The Biblical
evidence that Jesus is God incarnate is overwhelming. What I’m saying is that
while yes, Jesus is God, no, He is not God The Father. Jesus is God The Son; a
distinct person of the Godhead. God is one divine entity that consists of 3
persons.
There are 5 arguments I want to give in this article that go
to show that modalism if false.
1: Jesus’ Prayer Life
Makes No Sense If He Is The Father.
The gospels depict Jesus on
several occasions praying to God The Father. For example, Jesus prayed to The
Father prior to the raising of Lazarus (read John 11:41-42), Jesus prayed to
the Father as an instruction to His disciples on how they should pray (Matthew
6:9-13), the gospel of John records a very lengthy prayer of Jesus to the
Father at the last supper (see John 17:1-26), and Jesus prayed to the Father in
the garden of Gethsemane right before His crucifixion (see Matthew 26:36-46,
Luke 22:39-46, Mark 14:32-42). Moreover, Hebrews 5:7 says “During the days
of Jesus’ life on earth, he offered up prayers and petitions with loud
cries and tears to the one who could save him from death, and he was heard
because of his reverent submission.”
Jesus prayed to the Father, but
this makes little sense on Modalism. On Modalism, Jesus is The Father.
On Modalism, Jesus is The Father, The Son, and The Holy Spirit. If Modalism
were true, then we would have to conclude that whenever Jesus prays, He’s
literally talking to Himself.
Modalism reduces Jesus to this
weird individual who goes around talking to Himself and calling Himself
“Father”. What would you think of me if I told you “Evan Minton
is my father.” and then proceeded to ask Evan for help saying “Evan,
I need 20 bucks. Please lend me some.” You’d think I was a mad man. But
you wouldn’t think that if I did the same with Ron Minton (my Dad’s name).
We’re two different persons, so for me to call him “father” and ask
him for 20 bucks is no big deal. You wouldn’t think twice about it.

I’m not saying Jesus’ prayer life is irrefutable
proof of the Trinity, but what I am saying is that His prayer life makes more
sense when viewed through Trinitatian lenses rather than oneness lenses.

*5 Objections To Jesus Being God Refuted
*5 Modalist Proof Texts Refuted
*Does The Bible Teach That God Is A Trinity?
*Is Believing In TheTrinity Irrational?
Liked it? Take a second to support Evan Minton on Patreon!

Tags: The Deity Of Jesus

Is The Doctrine Of The Incarnation Coherent?