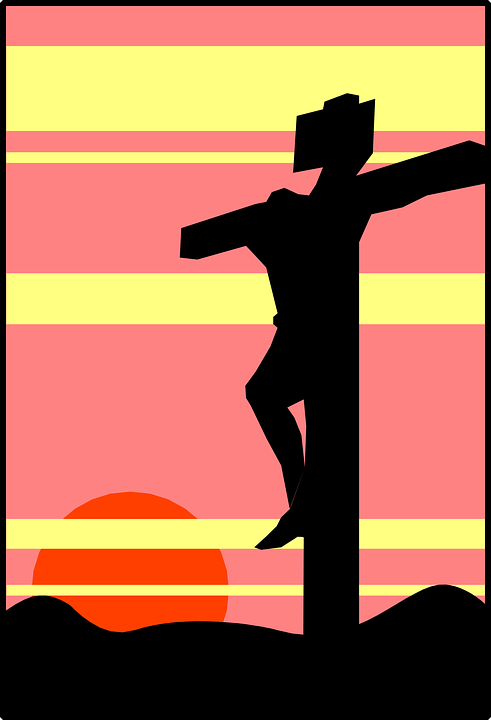 Recently, I posted an argument for Arminianism that combined philosophy and scripture to support its premises called “A Maximally Great Argument For Arminianism”. (MGA). The premise got to basic Arminian soteriology from the premise that God is The Greatest Conceivable Being a.k.a A Maximally Great Being. I posted the article in the Molinists group and got pushback from one of the members (Joel) who wrote “‘3: If God desires to save all people, He would die on the cross to atone for the sins of all people and send Prevenient Grace To All People.’ This part doesn’t follow because, if someone is never going to believe, providing an atonement for them doesn’t do anything. They’re still going to Hell. If I invited 100 people to a party, but knew 33 weren’t going to come, why would me only setting out 67 chairs indicate I didn’t want the 33 to also come?”

This got me thinking, and I remember that in August, I responded to The Double Payment against unlimited atonement. In that article, I said that one possible view a person could take would be to say that Jesus died only for the elect, but would have died for all people if only all people would be saved. God would know in his middle knowledge who would and would not believe in Christ, and therefore, would choose to shed Christ’s blood only for those who he knew would turn to him. This sounds exactly like what Joel was saying.

In my most recent article titled “A Maximally Great Argument For Arminianism”, I said that because God loves all people, that entails that He would die for all people and send all people grace. It wouldn’t make sense for him not to, you said, any more than it would make sense to desire food and not cook something. But Joel got me thinking that perhaps I’m contradicting myself between these two articles? Perhaps I got caught affirming on the one hand, that an omnibenevolent God needs not die for all people because He would have died for all people if more people would have come to Him, but on the other saying that God’s universal desire for salvation would compel him to die for all people.

It seems like if the middle knowledge proposal holds, premise 3 of The Maximally Great Argument For Arminianism does not.

I thought about this for a little bit and I realized that I’m not contradicting myself at all.

In the article I’m referring to (“Responding To The Double Payment Argument“), I said that I found the middle knowledge solution implausible on the basis of scripture. The Bible clearly states in many places that Jesus died for all people, for the entire human race (e.g John 3:16, 1 Timothy 2:4-6, 1 John 2:2, 2 Corinthians 5:15). Nevertheless, that isn’t the only reason I find it implausible. It’s the only reason I gave in the article, but it’s not the only reason I actually have. I think the middle knowledge-limited atonement solution is untenable not only because The Bible contradicts limited atonement, but I also reject it on the basis of God’s omnibenevolence. If God loves all people, I would think that would move Him to become human and die on the cross and send grace to make salvation available to all people. Love moves you to action. If someone you loved were about to commit suicide by jumping off of a building, you would probably try to talk him out of it, even if you had extremely low (or even no) expectation that you would succeed. You would try anyway. Your love would move you to. You wouldn’t just stand back and do nothing, thinking to yourself “It wouldn’t do any good anyway.” I can recall several instances when a family member of mine gave advice to some friends, and when they left, she said “They’re not going to listen.” She expected them not to follow her advice, but she gave it anyway. Why? Because she loved them.

Likewise, I think Jesus would be moved to shed His blood for and send grace to all people, even though He knows that only some would become beneficiaries of His sacrifice. I only offered the middle knowledge/limited atonement solution as a possible route a person could take if he felt forced by The Double Payment Argument (or any other reason) to accept the L in T.U.L.I.P. This solution would post the L while preserving the omnibenevolence of God and the availability of salvation to all people. Jesus could have died for only the elect, and say to the non-elect on Judgment Day “If you would have received me, I would have died for you and would have sent grace to you”, and ergo the blame for the man not being saved would fall on him and not God. The Middle Knowledge/Limited Atonement solution lets you affirm Limited Atonement without making The Lord out to be the salvation equivalent of The Soup Nazi (“No Atonement For You!”). This Molinistic proposal would have limited atonement while preserving the omnibenevolence of God and would keep the doctrine from entailing that God barred most of the humanity from a chance to be saved. Jesus would have died for all people if all people would have freely chosen to become beneficiaries of His sacrifice.

Nevertheless, as I said, I think it’s precisely the omnibenevolence of God which would move Him to not take this route. I think God’s powerful love is precisely what would make Him choose not to do what this proposal talks about. I do think that it’s a route available for an omnibenevolent God to take, but I don’t think an omnibenevolent God would take that route. He could, but He wouldn’t. Again, love moves you to action. Love moves you to try to talk your loved ones out of something harmful even though you know they won’t listen to you. Love moves you to give your life so that they may live.

Moreover, let’s not forget that in Mark 10, Jesus preached to a rich man even though he ended up not repenting. He came to Jesus and asked what he must do to be saved, and Jesus said to sell everything he had and give the money he made to the poor, and he would have treasure in Heaven. Jesus then told the rich man to follow him (see Mark 10:17-21). Then we read “At this the man’s face fell. He went away sad, because he had great wealth.” (Mark 10:22). In verses 23-27, we read Jesus telling his disciples that it is hard for the rich to enter Heaven and that it’s easier for a camel to go through the eye of a needle. From verses 22-27, an easy inference is made that the rich man did not obtain salvation that day. Nevertheless, Jesus still spoke to him. He didn’t ignore him because He knew ahead of time that it would do no good. Why did Jesus bother with the rich man? Verse 21 tells us: “Jesus looked at him and loved him“ (emphasis mine).

So, I don’t think I’m contradicting myself at all in what I said in “Responding To The Double Payment Argument” and in “A Maximally Great Argument For Arminianism”. Because all I said in the former article is that an all loving God could take that route, not that He would. In the latter article, I gave several arguments for why it makes sense to think that He would not.

To use one of the analogies I used in that article, If I was hungry, I would go cook something. Even if I knew I didn’t have enough food to fill me up, I would still eat what food I did have. I wouldn’t refrain from eating altogether simply because “It won’t do any good. I won’t get full”. My hunger moved me to action. God’s love moved Him to action.

Q and A: Is Molinism Monergistic?