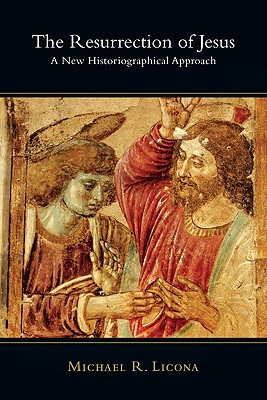 This is probably the best book on the historicity of the resurrection of Jesus ever written. It is extremely well researched and documented, and the topics Dr. Licona covers ranges widely. He begins with historical method and the dangers of letting worldview presuppositions misguide the historian in their examination of the evidence. He notes that no one is completely bias free when they come to this subject; since a lot is at stake (i.e if Jesus rose, Christianity is true – thus non-Christian historians might be biased against it and Christians bias towards it), and that we must do all that we can to introspect and be as neutral as possible. He then goes on to talk about philosophy of history; the pitfalls of postmodern approaches to history (i.e the view that history cannot be done, the past is unknowable, etc.), and refutes David Humes objection that “uniform experience against miracles” means you’ll never have enough evidence to establish that one occurred. All of this, and more, is done within the first two chapters.

Chapter 3 looks at the source material a historical investigation into the fate of Jesus has to deal with; Paul’s letters, the gospels, Josephus, Tactitus, Lucian of Samosata, etc. and addresses how helpful each one is in assertaining what happened to Jesus.

Chapter 4 employs the criteria of authenticity to establish a variety of facts that undergird an abductive reasoning approach to establishing the resurrection. Using the criteria of authenticity, Licona establishes that Jesus predicted his death and resurrection and did things that people perceived as miraculous. The reason Licona argued for these things is that if these two facts are true of Jesus (that he predicted his death and resurrection and that throughout his ministry, he was a miracle worker or at least did things that people took to be miracles) then this establishes a “Religio-Historical Backdrop” to the resurrection. This would increase the odds that Jesus being raised is an actual miracle than some anamoly, like Hume’s example of the raising of Queen Elizabeth. If what happened to Jesus cannot be naturalistically explained AND there’s a religio-historical background makes it likely that the event is a genuine miracle. Religo-historical context + The Minimal Facts + Failure of naturalistic theories = justified inference to the resurrection.

He then goes on to defend certain core facts that the vast majority of scholars agree upon (even skeptical non-Christian scholars) and are highly well evidenced. Those who have read Dr. Licona’s popular level book on the resurrection “The Case For The Resurrection Of Jesus” which he co-wrote with Dr. Gary Habermas will recall that these are called “The Minimal Facts” a fact is a minimal fact when it has a plethora of different historical arguments that can be given in favor of its truth in addition to being accepted by a wide majority of both Christian and Non-Christian scholars. The facts Licona defends are (1) Jesus’ death by crucifixion, (2) the disciples of Jesus claimed and believed Jesus appeared to them alive afterward, (3) Paul went from being a persecutor of Christians to being a Christian himself because of what He perceived to be an appearance of the risen Jesus.

These are “the historical bedrock” upon which Licona bases his case. He excludes the empty tomb of Jesus and the postmortem appearance to James not because they don’t have good evidence in favor of them, but because they aren’t as widely accepted by the scholarly community. I think this was a mistake on Licona’s part. Gary Habermas’ survey (which Licona mentions in the book) of the scholarly literature on the resurrection of Jesus is that 75% of scholars accept the historicity of the empty tomb. Habermas and Licona have said that that percentage isn’t high enough for them, and that they prefer it in the 90s percentage range. But in my own writings on the resurrection of Jesus, I always include the empty tomb. 75% is a high enough majority for me, and it has a plethora of evidence in its favor. Licona doesn’t even mention any of the historical arguments for the empty tomb, and only brings up the empty tomb in order to alert the reader that he won’t be discussing it. Licona DOES look at the evidence for the postmortem appearance to James, but doesn’t include it in his “Historical Bedrock”, but says its to be kept in reserve in case The Resurrection Hypothesis and a naturalistic hypothesis need “a tie-breaker”.

In chapter 5, the final chapter of the book, Licona interacts with naturalistic hypotheses put forth by a half a dozen different scholars and shows how they all fail to explain the data. Licona employs C.B Mcullagh’s 6 criteria for a good historical hypothesis; which are (1) Explanatory scope, (2) explanatory power, (3) Plausibility, (4) not ad-hoc, (5) in accordance with other established facts, and (6) Ilumination. Licona argues that none of the hypotheses put forth by Ludemann or others meet these criteria. Some natural theories may meet 1 or 2 criteria AT BEST, but none of them meet all 6. The Resurrection hypothesis DOES match all 6.

This was a great book and I think anyone looking for a serious, scholarly level treatment on the resurrection of Jesus is doing themselves a disservice if they don’t read it. At times I felt that Licona understated his conclusions, and was far too tentative in his arguments at times, but I suppose it’s better to understate your case than to overstate it. My only complaint is that the chapters are REALLY long. The first three took a good solid three hours for me to complete, and I read chapter 4 for 5 hours straight before I said “Okay, I’m going to have to resume this tomorrow”. I just hate doing that. I prefer my stopping places to be at the end of a chapter. However, this deficency is not enough to knock off any stars because of the outstanding quality of the material presented therein.

This is a book I plan on returning to several times.