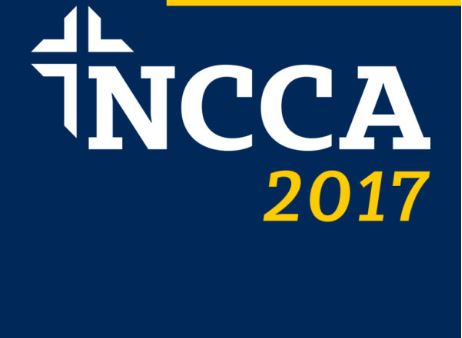 The National Conference On Christian Apologetics (NCCA) is the largest conference on Christian Apologetics in the country. I’ve said before that it is like The Comic-Con of apologetics conferences. In fact, in 2011, a whole year before this blog’s launch, my first apologetics conference was the NCCA. Unfortunately, due to finances, I haven’t been able to attend this specific conference since 2012. Between the ticket, gas, and hotel to stay 3 nights, it adds up to approx. $400. Fortunately, my attendance to this conference was made possible by the generosity of a couple of friends: Jorge Gil Calderon and John Neufeld. John paid for my conference ticket and Jorge let me (and John) stay at his place over the conference’s duration.

I got on a train in Greenville SC’s train station and took a two-hour train ride to Charlotte NC (at midnight). I didn’t go by car because my only car is an unreliable rustbucket that has gotten me stranded on more than a couple of occasions and I can’t afford to replace it. I was able to sleep for about 15 minutes on the train, and then a few more hours on Jorge’s couch.

When I woke up, Jorge and I shared a meal that consisted of fried cheese, a protein shake, and eggs with spinach embedded into them. I wasn’t sure how the spinach-eggs would taste, as I’ve never had one embedded into the other, but it was actually quite tasty! I’d like to make some spinach eggs again. Once we were done with breakfast, we headed on over to a barber shop where Jorge got a haircut in preparation for his talk on The Moral Argument for God’s Existence the following day.

When we got back to his house, I checked my Facebook messages on my phone and helped Jorge assemble some of his equipment he would use at the conference. Then Dr. Frank Turek called him over a video chat.1 I got to talk to him a full day before the conference. I got to tell him about this blog and about my two books; Inference To The One True God: Why I Believe In Jesus Instead Of Other Gods and A Hellacious Doctrine: A Defense Of The Doctrine Of Hell. 2 Once 3:00pm rolled around, we went to the airport to pick up John.

As a token of my thanks, I gave both Jorge and John a copy of both of my books, a cross bracelet, and a cross necklace.

We went to The Food Lion and picked up some groceries so we could have grilled chicken and salad for dinner. That night, we watched The Doctor Who Movie; The Day Of The Doctor. Then I took a shower, brushed my teeth, and went to bed.

In the morning, it was conference time. The first talk I attended was “Your Most Important Thinking Skill” by Frank Turek. In this talk, he gave a large list of self-refuting statements that non-Christians will typically bring up against Christians in conversations and debates such as “There is no truth”, “There are no absolutes”, “Only science can discover what’s true” and much more. People seem to be absolutely sure that it’s true that there is no truth. They also seem to be completely oblivious that scientism cannot be known via science and therefore collapses under its own epistemological criteria. It’s a philosophical statement and view.

I then attended Ray Civero’s talk “Turning Skeptics Into Seekers”. After that, I attended J. Anthony Hildahl’s “Don’t Run from the Trinity! Leveraging Our Muslim Neighbors Natural Desire to Talk About the Trinity to Lead them to the Jesus of the Bible”, and then it was lunchtime.

Following lunch, I attended Dr. Timothy McGrew’s talk “The Ring Of Truth: Undesigned Coincidences In The Gospels”, but not before having this picture taken.

Undesigned Coincidences are when one gospel raises a question in its account of X, but another gospel provides the answer for X. To give you just one example, John 2:18-22 says “The Jews then responded to him, ‘What sign can you show us to prove your authority to do all this?’ Jesus answered them, ‘Destroy this temple, and I will raise it again in three days.’ They replied, ‘It has taken forty-six years to build this temple, and you are going to raise it in three days?’ But the temple he had spoken of was his body. After he was raised from the dead, his disciples recalled what he had said. Then they believed the scripture and the words that Jesus had spoken.”  In Mark 14:55-59, we read this account of Jesus before the Sanhedrin: “The chief priests and the whole Sanhedrin were looking for evidence against Jesus so that they could put him to death, but they did not find any. Many testified falsely against him, but their statements did not agree. Then some stood up and gave this false testimony against him: ‘We heard him say, ‘I will destroy this temple made with human hands and in three days will build another, not made with hands.’” Yet even then their testimony did not agree.”

The people upset with Jesus in John’s account attack a straw man. Jesus never said he would destroy the temple that Herod built and that the Jews worshipped in. When he said “destroy this temple”, he was referring to his body in the crucifixion. “I will raise it again” referred to his resurrection. In Mark 15:27-30, we are told, “They crucified two rebels with him, one on his right and one on his left. Those who passed by hurled insults at him, shaking their heads and saying, ‘So! You who are going to destroy the temple and build it in three days, come down from the cross and save yourself!’

There is also a parallel account in Matthew 27:38-40.  Matthew nor Mark give us the original context with regards what Jesus had originally said. All Matthew and Mark do is record the straw men at his trial. But notice that John, while reporting Jesus’ words, he says nothing about the straw men accusations.

The argument is that if the gospel authors were fabricating their narratives, there’s no way they’d corroborate and support each other in extremely peripheral details. The best explanation is that these are eyewitness accounts. This is, of course, a cumulative case. You can easily explain it away as a coincidence if you’re only looking at a single example.

After this, I attended Hugh Ross’ talk “The Anthropic Principles” and then the debate between Richard G. Howe and Dan Barker titled “Is There A God Who Speaks?” That ended the first day of the conference.

On day 2 of the conference, the talks I attended were

“Defending The Faith In A Postmodern World” – Norman Geisler

“God’s Word Or Man’s Word? From Where Must Apologetics Begin?” – Debate between Richard G. Howe and Ken Ham

I was somewhat disappointed that that last one wasn’t Detective Wallace playing the Call Of Duty video game live. 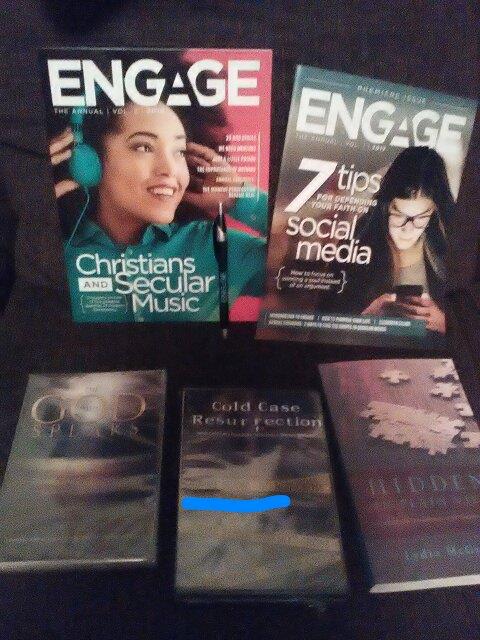 One does not simply go to a Christian Apologetics conference without buying at least a few books and DVDs. I got the movie “The God Who Speaks: Tracing The Evidence For Biblical Authority” on DVD. They showed a pre-screening at the conference, but I didn’t attend it because it conflicted with other sessions I wanted to attend. Fortunately, I can see it since I have the DVD. While I haven’t seen the movie yet, I did see the trailer for it at the conference, and it looked like it would be really good. I bought Lydia McGrew’s book on Undesigned Coincidences and a DVD of J. Warner Wallace doing a presentation on the historical evidence for Jesus’ resurrection. The two magazines were given to me for free along with a pen.

I had a terrific time at this conference. I met so many of my Facebook friends as well as some people I didn’t previously know, but who followed this blog. I learned some things I didn’t know before, and I got some pretty interesting looking books and DVDs. I had a blast with Jorge Gil and John Neufeld, and my attendance wouldn’t have been possible without their support. I cannot thank them enough. Thank you.

Take a look at the other pictures I had taken at this conference. 🙂

2: Both are available on Amazon in both paperback and Kindle formats. Just type the names of the books into the Amazon search engine

Problems with the YEC’s Appearence Of Age argument