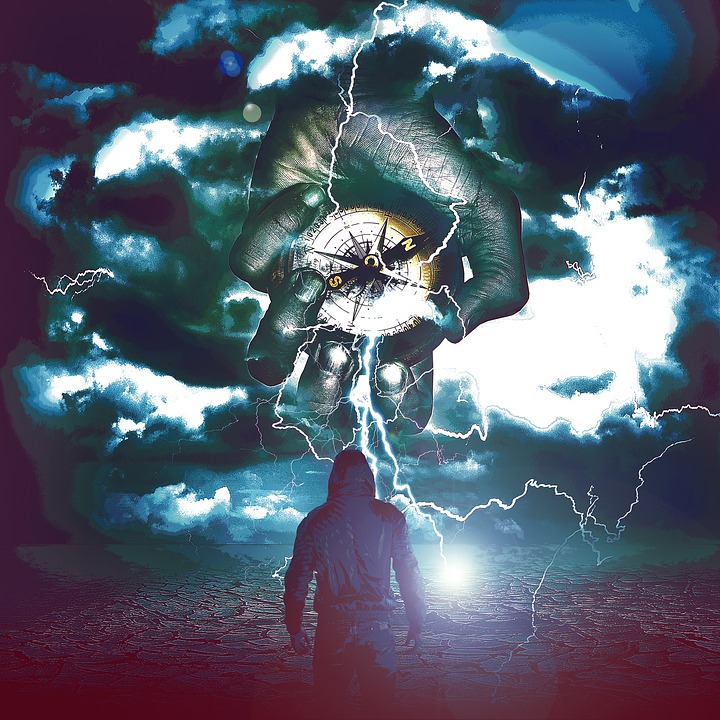 To whom it may concern

Hey not sure if Dr. Minton will be who reads this. I know you’re busy so I doubt this email will be chosen as your question of the week. I found an atheist blog and I was hoping you could help me out. I’m having a lot of trouble answering his objections to the moral argument. I’m wondering if it really is as bad as he says or if there are apologists who can help? I hope you or someone from your team has an answer.

1 – He says that God regrets in the Bible? If that is true then how could God be the standard of morality, since he has made moral mistakes worth regretting?

2 – Why does God have to be the one to necessitate moral laws? Why not Satan?

Now, the latter argument says nothing about God’s necessity or anything. But Craig and I would both argue that some moral truths seem to be necessary, so if some moral values are necessary and they are indeed grounded in God’s nature, then God must be just a necessary as the truths he grounds. But it isn’t the argument that if moral values are objective then they must be necessary or even that they’re grounded by necessity in God, at least if Hansen is using necessity language in the way I think he’s using it. The first premise of the argument simply states that if God does not exist, then there is no foundation for distinguishing one set of behavior as good and another set of behavior as bad. So, Hansen’s critique is mistaken when he says “Simply put, it seems to be a jump in logic to say that Objective Moral values necessitate God.” Neither Craig or I are making the claim the objective moral values necessitate God, but simply that God is the best explanation for why morality is objective. And the reason God is the best explanation for objective moral values is that objective morality is totally unintelligible if you take Him out of the picture. There are attempts to explain objective morality without God, such as moral platonism, but these are plagued with issues. Therefore, while there are other explanations put on the table for grounding objective morality, God is the best explanation. These other explanations, when put under scrutiny, are abject failures.

On theism, we were created on purpose, for a purpose, and in the image of God. This makes human life intrinsically valuable. But on atheism, we’re just the accidental byproducts of chance and necessity. We evolved through a blind, purposeless, undirected process on a tiny speck of dust called planet Earth in a massive universe that cares not whether we live or die. All life evolved from the same primordial slime, so why suppose that, on atheism, the life of human beings have any more worth than that of a mosquito’s or a fleas? Most people don’t think you’re committing a moral evil when you take an ax to a tree, but they would think you’re committing a moral atrocity if you took an ax to a man. Why though? Both are biological organisms. Both are living things. Both evolved from the same universal common ancestor 3.8 billion years ago. Both are clusters of atoms arranged in different ways? What makes the destruction of one evil and the destruction of the other morally permissible? Why are they not both permissible? Why are they not both prohibited? Does it really make sense to say there is an objectively moral difference within the framework of atheistic naturalism?

So, I think the first premise of William Lane Craig’s argument is true. If God does not exist, there are no objective moral values. Human life is as valueless as a flea’s. As ghastly as it is to say such a thing, this is the logical entailment of atheism. Now, if objective moral values are out the window, that logically entails objective moral duties (i.e moral obligations and prohibitions) are out the window as well. If the life of a human being is equal to that of a flea’s, then you have the same obligations to your fellow man as you would a flea.

Chris Hansen goes on to write “A) one assumes objective morals are a law in need of a law giver, B) one assumes they do not inherently exist, as WLC would argue that God does, as God eternal without beginning, and C) That a God must be the one who is necessitated by these laws, why not Satan or a non-personal entity like Logos. As such, it seems to be that there is a leap in logic to go from the existence of moral laws to the necessity of God granting them.”


With regards to A, one isn’t assuming that objective moral values and duties really do exist when making the argument. In our published work on this, both Dr. Craig and I give arguments for thinking objective morality is real when we come to the second premise of the argument (i.e Objective moral values and duties do exist). As for the first premise, one merely needs to show that it’s more probably true than not that atheism entails moral relativism or nihilism. There are some philosophers out there who deny objective morality because of their atheism, such as Jean-Paul Satre. They are moral nihilists or moral relativists precisely because they agree that “If God does not exist, objective moral values and duties do not exist”. But rather than think “Well, that’s silly. Obviously, things are right and wrong, so God must exist”, they bite the bullet and deny the objectivity of morality. Others deny premise 2 for epistemological reasons which I address in my book Inference To The One True God and it’s work-in-progress expanded edition The Case For The One True God.

If Hansen is skeptical of the existence of objective morality, then we can debate that issue. I can give arguments for why we should affirm the second premise of the argument. But, the defender of the Cragian argument isn’t making assumptions on this point.

Regarding B, I’m not sure what Hansen means. What does he mean when he says the defender of the argument “asssumes that they do not exist?” Does he mean the defender of the Craigian Moral Arguement assumes objective moral values and duties do not exist? That can’t be since even Hansen formulated The Moral Argument with an affirmation of their existence in the second premise. Does he mean that one assumes that cannot exist unless God does also? Well, again, if he is then he needs to re-read Craig’s works again (or mine, since I’m also an advocate of this version of the argument). We give positive arguments for why objective morality doesn’t make sense on an atheistic worldview. We defend premise 1. We don’t merely assert it. Hopefully, my confusion is due to poor wording on his part and not a misunderstanding on mine.

“C) That a God must be the one who is necessitated by these laws, why not Satan or a non-personal entity like Logos.” — Again, this is not assumed. This is argued for. We give reasons to think why a personal Being like God is the best explanation of why moral values and duties are objectively real. In fact, I’ve done that to a certain extent in this response to your e-mail. To see this premise defended from a different angle though, see my recent article “Daleks, Davros, and The Moral Argument For God’s Existence”.

Now, why does it have to be God? Why not Satan? Well, simply put, if Satan were the standard of morality, then when people act evil, they would be more closely aligned with the standard of morality than someone like Mother Teresa. Think about it! Hitler would be a morally better person than Mother Teresa! The Joker would be better than Batman! The Sith Lords would be morally superior to the Jedi! This is absurd. We all realize that someone who is selfless is better than someone who is selfish. Someone is better if they take pleasure in making people happy than if they are sadists. But if Satan were the standard of morality, the eviler you are, the better of a person you would be.

Moreover, Satan is a created being. And if moral truths are necessary truths, they would need to be grounded in a necessary being. A Necessary being is a being whose non-existence is impossible. It is impossible for them not to exist. This is why I argued in my book Inference To The One True God that Thor and Zeus and Athena cannot be the god demonstrated to exist by The Moral Argument. They are not gods with no beginning. They were begotten in time. The Bible’s God is a much better fit, being uncreated (among other reasons).

Chris Hansen’s further critiques attack straw men. Nevermind that Divine Command Theory is not required to defend The Moral Argument, what he defines as Divine Command Theory (DCT) is actually Divine Voluntarism. This is the view that God simply makes up what actions and behaviors are good and evil. He could have decided differently if He so chose. Divine Voluntarism and DCT are not the same things. Check out this Reasonable Faith Podcast episode where William Lane Craig explains the difference.

Further, he equates all killing with murder. This is wrongheaded. Phillip Mast of Theist Thug Life recently wrote a guest post on this website called “An Atheist Moral Objection” where he shows that kill and murder are not synonyms. I’d advise you to read that article. The short answer is that murder should be properly defined as unjustified killing. But is all killing unjustified? What about just wars? What about capital punishment? I don’t know how Hansen views war and the death penalty. Maybe he’s a total pacifist and really does think that all killing of every form is unjustified. In that case, he would think these things should properly be called murder. Let’s say he did take a strong anti-war, anti-capital punishment stance. That would be a debate of a different kind. But if there is a difference, as I would maintain, then God isn’t doing anything wrong in the destruction of the Canaanites or what He commanded in 1 Samuel.

However, let’s say for the sake of argument that God never commanded anyone to kill anyone. Let’s say that the account in 1 Samuel and the Canaanites didn’t happen. And let’s say the biblical author incorrectly stated that God had regrets [1]which aren’t moral regrets if you look at the context btw. You would still be faced with the question of why objective moral values and duties exist. Think of the atheist philosophers I mentioned earlier who think morality is not objective on the basis of their atheism. You wouldn’t persuade them by citing stories in The Bible! These atheist philosophers no more believe The Bible than Hansen does!

In conclusion, I’m not at all persuaded that The Moral Argument is a successful argument. I think Hansen has a poor grasp of the argument. I hope this response has helped you.