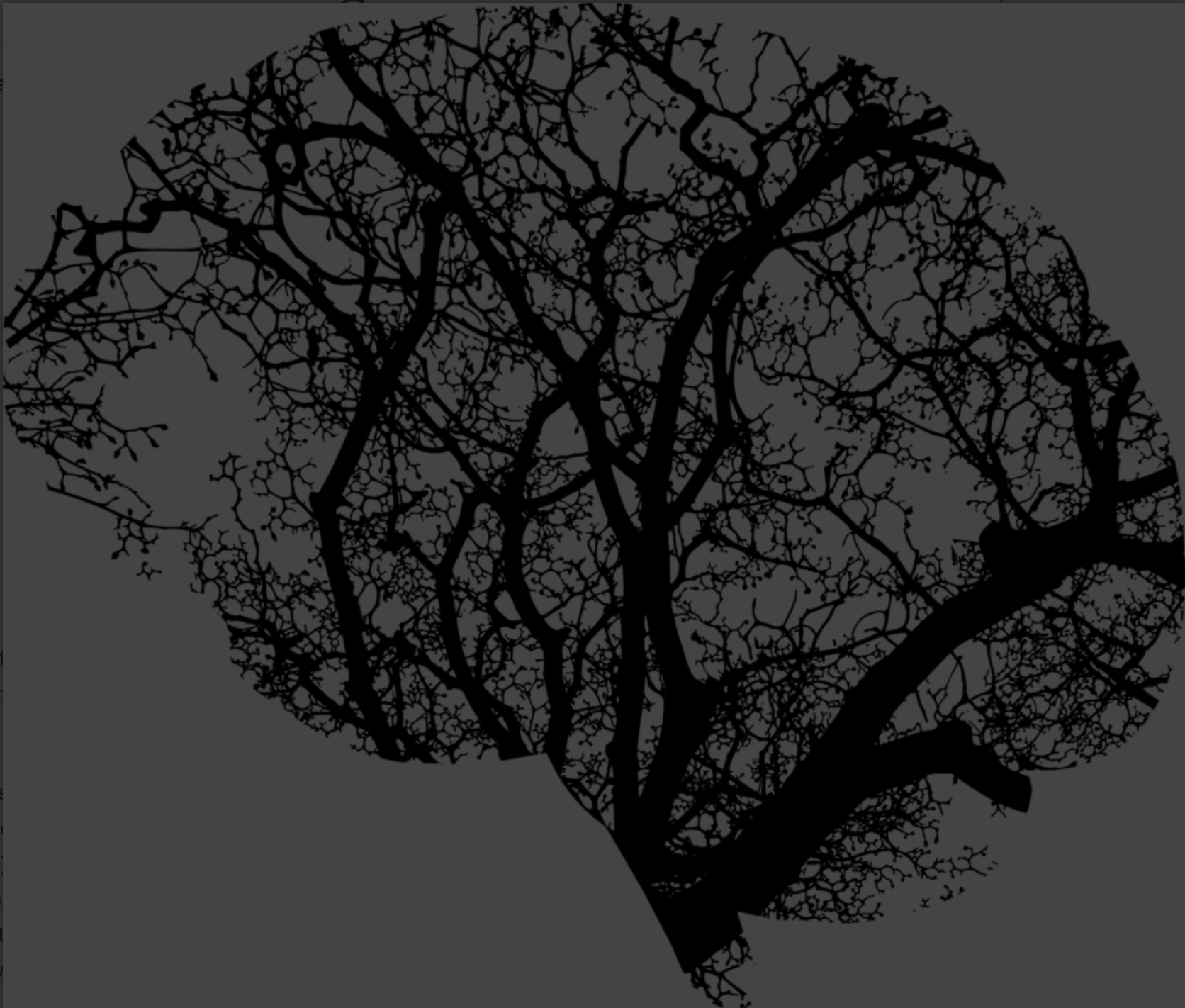 Greetings. To offer some preliminary remarks: I admit this question isn’t very theological, it’s much more philosophical, born out curiosity. Nevertheless, I do believe it’s an interesting question that deserves some level of reflection, even for Christians.

With that being said, here’s the question: How do we know our most basic principles of reasoning (the Law of Non-contradiction, Modes ponens, etc.) are true? As you can see, it’s an epistemological question, and I’ve found two main answers to it: (1) We know our logical principles are true through our rational intuition. It only takes a moment to reflect on a logical principle to see it’s truth. I can clearly ‘see’ intuitively that something can’t be both true and false. A tree can’t both exist and not exist. And (2): we can’t even coherently raise doubts about our logical laws, which is evidence for their truth. For instance, trying to argue against the Law of Identity is self-defeating because you have to assume the law is true to argue against it.

My problem with (1) is that it doesn’t satisfactorily answer the question. What exactly is “rational intuition”? What’s the nature of intuition. It seems pretty mysterious to me. More importantly, how do we even know human intuition is reliable? It seems the same applies to attempts to construe intuition in a conceivability sense: Why trust human conceivability as a reliable guide to truth? These concerns make me skeptical of (1).

(2), in my opinion, seems most promising as an answer. If we can’t even coherently doubt a proposition, that appears to be strong evidence that the proposition is true? The problem, however, is that our logical principles are construed as being necessarily true. While not being able to raise doubts against logical laws counts as strong evidence, does it warrant certainty? I’m not sure it does.

BTW, I’ve started listening to the first episode of your podcast. I like what I’m hearing 🙂

I would answer the question by affirming both of your proposals. We know it through rational intuition and because you cannot disprove the truth of the laws of logic without appealing to them. Logic is one of those “first principles” that we take be true without reflection, otherwise known as a properly basic belief. Properly Basic beliefs are beliefs that you a perfectly justified in holding to sans an argument for their truth, unless and until you are given some defeater to think your properly basic belief is true. I would say that the reality of the laws of logic and the nine rules of inference are among the properly basic beliefs that we hold. Some other properly basic beliefs would be the existence of other minds outside of my own, the existence of objective morality, and if Reformed Epistemology is correct, the truth of Christianity, though I haven’t studied Reformed Epistemology a whole lot so I don’t take a hard stance on it.

Some properly basic beliefs can have supporting arguments for them (e.g the truth of Christianity), but some cannot even be proven in principle. The truth of the laws of logic and the nine rules of inference would be one of them. You can’t reason logically to the conclusion that the laws of logic and rules of inference hold. Doing so would be question begging as you’d be using the very principles you’re trying to prove!

However, if the validity of the laws of logic and inference are properly basic, as I maintain, then we’re perfectly justified in taking them to be true without having any proof of that.

The Ghost Makes The Machine Rational

Now, the really interesting question is this; which worldview can best account for the validity of our reasoning? I would argue that on atheistic naturalism (which logically entails determinism), and on deterministic views of divine providence, while the laws of logic and inference would still be valid, whether we in our own minds properly evaluate evidence and properly reason to true conclusions would simply be the result of luck. If we reason to true conclusions, it would be simply the result of luck or God’s decree.

1- If naturalism is true, the immaterial human soul does not exist.


3- If libertarian free will does not exist, rationality and knowledge do not exist.


8- The best explanation for the existence of the soul is God.

Premise 1 is true by definition. If Naturalism is true, then we’re just organic robots. If atheism is true, all there is is matter, energy, space, and time. There are no “souls” or “spirits”. Premise 1 is true by its very definition! Naturalism asserts that all that exists are natural things, in other words, everything that can be found on the periodic table. If there were any supernatural entities (which a human soul would definitely be), then naturalism, according to how its defined, would be false. What about Premise 2? Premise 2 is tantamount to saying “If all that exists is nature, then all things are controlled by the laws of physics and chemistry. If all that exists is nature, natural processes determine all things”. If it is the case that there is no immaterial soul, then it follows that we’re just “molecules in motion” as Frank Turek likes to put it. If Naturalism/Atheism is true, we are nothing but automata. All of our movements, feelings, thoughts, and opinions are causally determined by electrochemical processes in our brains, molecules, and atoms bumping about, and other physical processes. “You” are a meat machine. As geneticist Francis Crick put it “Your joys and your sorrows, your memories and your ambitions, your sense of identity and free will, are in fact no more than the behaviour of a vast assembly of nerve cells and their associated molecules.”1

So if naturalism is true, we don’t have souls, and if we don’t have souls, we don’t have free will. We’re just “molecules in motion”. What about premise 3? Is it true that “If libertarian free will does not exist, rationality and knowledge do not exist?” I think so! Tim Stratton, in his article “The Freethinking Argument In A Nutshell”, wrote “Premise (3) is equivalent with ‘if all things are causally determined, then that includes all thoughts and beliefs.’ If our thoughts and beliefs are forced upon us, and we could not have chosen better beliefs, then we are simply left assuming that our determined beliefs are good (let alone true). Therefore, we could never rationally affirm that our beliefs are the inference to the best explanation – we can only assume it. Here is the big problem for the atheistic naturalist: it logically follows that if naturalism is true, then atheists — or anyone else for that matter — cannot possess knowledge. Knowledge is defined as ‘justified true belief.’ One can happen to have true beliefs; however, if they do not possess warrant or justification for a specific belief, their belief does not qualify as a knowledge claim. If one cannot freely infer the best explanation, then one has no justification that their belief really is the best explanation. Without justification, knowledge goes down the drain. All we are left with is question-begging assumptions.”2

William Lane Craig put it this way; “There is a sort of dizzying, self-defeating character to determinism. For if one comes to believe that determinism is true, one has to believe that the reason he has come to believe it is simply that he was determined to do so. One has not in fact been able to weigh the arguments pro and con and freely make up one’s mind on that basis. The difference between the person who weighs the arguments for determinism and rejects them and the person who weighs them and accepts them is wholly that one was determined by causal factors outside himself to believe and the other not to believe. When you come to realize that your decision to believe in determinism was itself determined and that even your present realization of that fact right now is likewise determined, a sort of vertigo sets in, for everything that you think, even this very thought itself, is outside your control. Determinism could be true; but it is very hard to see how it could ever be rationally affirmed, since its affirmation undermines the rationality of its affirmation.”3

Is Premise 4 true? Yes. As you yourself pointed out, Christian,. anyone who tries to argue against rationality and knowledge has to employ the very things he’s trying to disprove. To deny this premise is to affirm it.

This argument kills 2 birds with 1 stone. Those birds are named Atheism and Calvinism (or at least the versions of Calvinism which employ a deterministic view of divine providence).

By the way, this is one of my portions of beef with presuppositional apologetics. As you could infer from what I’ve said in this article so far, I certainly think God must ontologically precede the validity of our reasoning and deliberation process, but you don’t need to know that God exists in order to know that you can reason properly. I would agree with the presupp crowd that you can’t account for the validity of the rational process without invoking an intelligent Mind who fashioned our minds, but that doesn’t mean you know the intelligent Mind exists as a result of knowing the rational process.

You can know an apple exists without knowing they come from trees. Presuppositionalists are always conflating the order of ontology with the order of epistemology.


Hopefully, this satisfactorily answered your question concerning whether we’re justified in believing the truth of the laws of logic and the nine rules of inference. My answer was really short, so I thought I thought I’d throw in Stratton’s FreeThinking Argument in there since the topic of your e-mail and subject matter of his argument are closely related.

Finally, I’m glad you like the podcast. Be sure to subscribe to it on iTunes, Stitcher, Spotify, Radio Public, Pocket Casts, or Anchor.fm/evan-minton. Or subscribe to the sister site CerebralFaithPodcast.blogspot.com for listening to it on your browser.