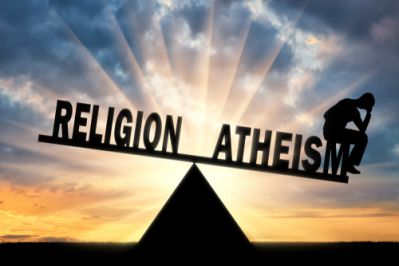 P.S I truly believe that counter-counter apologetics may be something very good for your channel. Because there are many apologists already making the case for Christianity. However there are incredibly limited resources for responding to atheist claims (this Q&A is one) and to atheist responses to apologetics. Don’t make response videos, because those aren’t good content, they only appeal to fans of those you are responding to. Instead just watch the videos and respond to the ideas presented in them. It makes much better content because it’s convenient to all and it will provide a much needed service. You’ll be able to establish a niche, a sort of brand that will make you unique. I verily believe this will aid you, but it is your choice. Apologies if I come off as pushy. (to start I recommend Rationality Rules, Paulogia and Bitchspot blog, just saying)

Does Atheism Have A Bigger Army?

I don’t think atheism will ultimately win out in the end by sheer numbers. Apologetics (and just intellectually engaging with one’s faith in general) was an extremely overlooked thing in American churches, especially in The Bible belt. But as Dr. William Lane Craig has observed, we’re living in a “golden age of apologetics”. It’s been a while since I’ve looked into or heard a “people who left the faith” poll, but I believe the church has realized the need to give credible answers to tough questions. At Apologetics conferences I attend, such as The National Conference On Christian Apologetics in Charlotte North Carolina and The Evangelical Theological Society conferences, I’m seeing that the number of attendees seem to get bigger every year, with people coming from all over the globe to attend (not just all over the states). Based on my own observation, it seems to me that Christian Apologetics has been making a resurgence in church culture, even to the point of penetrating pop Christian culture like the PureFlix movie God’s Not Dead which everyone on the planet but me hates, which was itself based on a song of the same titled written and performed by The Newsboys, whose lead singer actually give a 5 minute overview of theistic arguments before performing the song live (see the God’s Not Dead live CD).

Of course, YouTube has an ever increasing number of Christian Apologetics channels such as Inspiring Philosophy, Faith Because Of Reason, Whaddo You Meme, Acts 17 Apologetics (w/ David Wood), FreeThinking Ministries, and Cerebral Faith.

And as I’ve said in a prior Q&A post, YouTube videos and Podcasts are mostly where young people go to get their info. So even if they’re not being much influenced in the book or blog department, God is still reaching them.

I think anti-intellectualism in the church is dying precisely because more and more Christians are realizing the need to engage the culture. In fact, I think in terms of content available to the public, we have an embarrassment of riches. I was literally lamenting earlier over how many books, podcasts, and videos I want to consume.

Besides the vocal defenders of the faith like William Lane Craig and expounders of the text like Michael Heiser, we have to take into account the people whose only platform might be their local church. Maybe they’re a pastor who doesn’t have a podcast or YouTube channel, but employs apologetics and solid biblical scholarship in their sermons. I’m hoping these are increasing in number as the church becomes more aware of how important it is to equip the youth. So, in conclusion, I don’t think atheism is going to overwhelm the church for lack of defenders.

One more point; look at history. It’s not as though people haven’t tried to stamp out the Christian faith before. The very placing of Jesus on the cross was the attempt of the religious leaders to stomp out the Jesus movement. There was even an emperor who burned as many copies of scripture as he could get his hands on. And if you’ve read any of Heiser’s material or my stuff on the Nephilim, you’ll know that the powers of darkness were trying to premptively destroy Christianity by poluting the messianic bloodline, the appropriately called “cosmic war of the seed”. So, I’m not worried. If Satan hasn’t been able to get rid of us after all this time, he probably won’t.

Counter Apologetics are specific rebuttals to apologetic arguments. Atheists who consider themselves Counter Apologists go out of their way to tackle positive cases for the truth of Christianity.

I do think the term is unnecessary. What these people call “Counter Apologetics”, I just call engaging with your critics. This is what we’re supposed to do. Scholars (no matter the field) do this all the time with each other’s work and they don’t call what they do “Counter-scholarship”. If Scholar A writes a paper and scholar B critiques it, Scholar B is not doing “counter-scholarship”. So, I think it’s just useless terminology. We’re supposed to interact with each other’s arguments for and against our positions. It’s called being intellectually responsible.

Counter-Counter Apologetics On My Channel

What you suggest I do, I’m already doing. Check out my videos where I respond to objections to The Kalam Cosmological Argument for example, or my books in which I interact with objections to the arguments for God’s existence or the case for the resurrection. I don’t always respond to any one particular individual or one particular post, video, or podcast episode. I may quote an individual making the argument at times so people can know I’m accurately representing the argument and not setting up a straw man (e.g when I played the clip of Bart Ehrman making The Antecedent Probability objection against the resurrection of Jesus in this video). However, specific response videos or episodes are not the norm for me. You’ll see that the more you browse the site’s content.

That said, I have done some response content. I’ve responded to Rationality Rules’ objections to The Kalam Cosmological Argument and The Moral Argument (see here and here), and I responded to The Friendly Atheist’s criticisms of Genesis 1 with David Pallmann and David Russell (see here).

Moreover, I would disagree that it’s not good content. Rethinking Hell Live does a lot of response videos to traditionalists criticizing the annihilationist view of Hell and they get views. Whether it “only appeals to fans of those you are responding to”, well, I think who the responses appeal to will vary from individual to individual. I wouldn’t consider myself a fan of Paulogia, but I still listened to the episodes of The Reasonable Faith Podcast where William Lane Craig refuted him (same goes for Inspiring Philosophy’s response to Paulogia on the criteria of authenticity). I’ve listened to some responses to people I’ve never even heard of before on some podcasts and on some channels. There are probably other people like me out there who aren’t necessarily a fan of the person being responded to but still interested in hearing what they have to say. Maybe either because they want to know how the apologist (or atheist if the shoe is on the other foot) handles the challenge or maybe they’re just a fan of the apologist (or atheist) doing the responding. So I think it’s probably a mixed bag.

My only concern is where to put any future responses I might do in the future if and when I make a response to someone. Should I do it on YouTube, the podcast, both? I could do both. After all, my blog response to Rationality Rules was also given on The Cerebral Faith Podcast in episodes 24 and 25. So I’m thinking that maybe I could just make a response video and then convert it to MP3 and upload it to the podcast, say, if I respond to Atheist YouTube so-and-so criticizing to The X Argument. I could do that, of course I would have to mindful to write the script in a way that translates to pure audio. That’s kind of where I am right now.