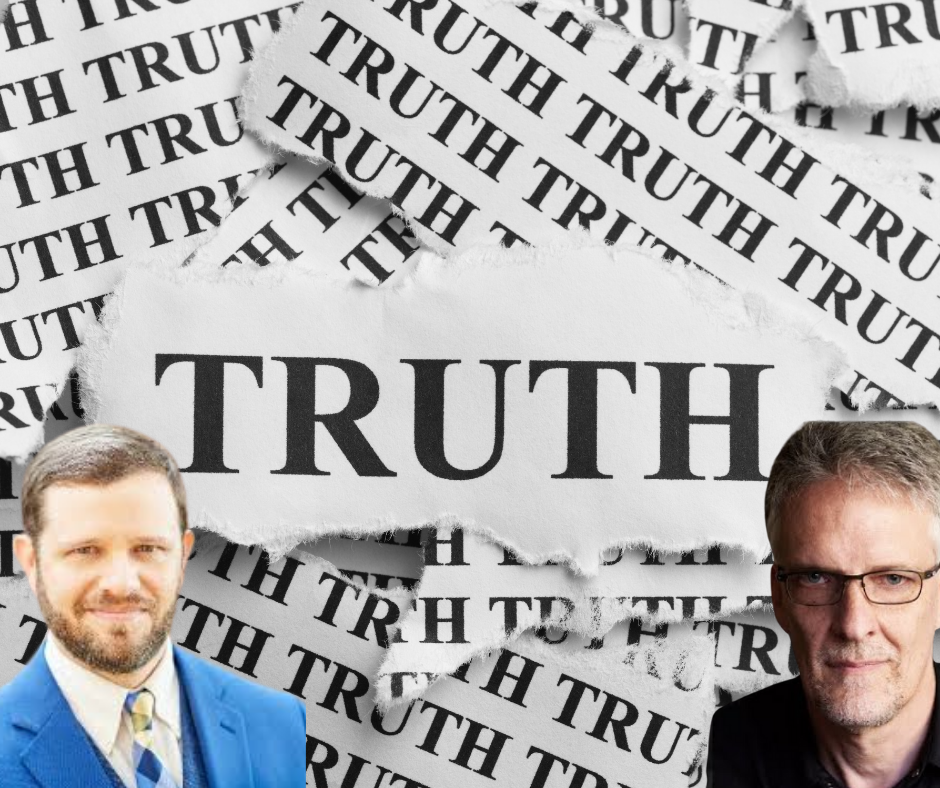 In a recent episode of Revelationary on Air, presuppositional apologists Dr. Chris Bolt and Brian Knapp had some things to say about me. For those who are not aware, Dr. Bolt and myself have had a respectful but spirited ongoing dialogue regarding the differences between his presuppositionalism and my evidentialism. I offered a general critique of Greg Bahnsen’s presuppositional apologetics in a video entitled “What’s Wrong With Presuppositional Apologetics: A Response to Greg Bahnsen.” Bolt responded with a video entitled “A Response to David Pallmann – Part 1.” I offered a rejoinder to Bolt titled “What’s STILL Wrong With Presuppositional Apologetics: A Response To My Critics.” (See the end of this article to find links to all videos cited). While Bolt and Knapp made it clear that this latest episode of Revelationary on Air was not going to be a rigorous or full response to me, I wanted to address the comments which they made about me.

Let me begin by noting that I genuinely appreciate the respect with which Bolt and Knapp treated my arguments. Unlike many encounters with presuppositional apologists which I have had, I believe that they took my arguments seriously and are interested in a genuine dialogue rather than just scoring rhetorical points. It is in the interest of carrying this good-faith dialogue further that I am writing this reply. As a warning, for the sake of keeping this article brief, I will be assuming knowledge of some technical terms and concepts detailed in the videos linked at the bottom. Those who find my terminology unclear are invited to watch the videos.

Now as far as I can tell, Brian brings two distinct charges against me. The first is that I am engaging in circular reasoning and, because of my rejection of circular reasoning in other areas, by extension, I am being inconsistent. The second charge is that I am being arbitrary in demanding justification for all of my beliefs except for the belief that the correspondence theory of truth is true. I shall respond to both charges in turn.

We might make more progress if we were to ask whether there are any propositions which correspond to reality. To this, the correspondence theorist, utilizing acquaintance theory, may answer affirmatively. And then he may simply use the word “truth” as a label which he applies to the corresponding propositions. Thus construed, the acquaintance theorist has a justified belief that there are propositions which correspond to reality and he just defines those propositions as true. There is no circularity of justification here. The problem which Knapp has identified is not a problem of unavoidable circularity. Rather, the problem lies in the unhelpful and ambiguous way in which he has formulated the question.

Regarding Knapp’s charge of arbitrariness, he is correct in one sense but, as we shall see, trivially so. The belief that there are propositions which correspond to reality is not arbitrary because it is based on one’s direct acquaintance with this fact. But the application of the label “true” to these propositions is, in fact, arbitrary. However, this is because all definitions are ultimately arbitrary. There is no reason why an apple should be labeled “an apple” rather than “a pear” and vice versa. It isn’t arbitrary for us to use these labels since they are now a social convention. But outside of social convention, neither label is more correct than another. When a parent names their newborn child, there is no correct name. The choice is essentially arbitrary. For the same reason, applying the label “truth” to propositions which correspond to reality is arbitrary. And that is, of course, why I see little need to argue for my theory of truth. It is as pointless as arguing for my definition of an apple. There is no fact of the matter since people are free to define words as they please. But crucially, the belief that there are propositions which correspond to reality is not arbitrary. It is fully justified on the basis of direct acquaintance. And since this is the sort of arbitrariness I want to avoid, as well as the sort that I think Knapp is referencing, his charge may be dismissed.

These insights lead me to conclude that Knapp’s charge is rather insignificant. I can simply give up the word “truth” if it’s going to be problematic and instead speak in terms of correspondence with reality since that is what I’m primarily concerned with in the first place. As Gerald Vision says, “The correspondence relation could have constituted truth even if we, the theorists, didn’t have the word ‘true’ with which to construct its theory.” (Gerald Vision, The Correspondence Theory and Its Critics, MIT Press, 2004, Pg. 47-48)

If someone wants to define “truth” as something other than correspondence with reality then, although we may both use the same word, we are not referring to the same thing. In such a scenario, it is best to avoid the contested word. And this turns out to be rather easy to do. Instead of defining the word “knowledge”, for example, as a justified true belief, we define it as a justified belief which corresponds to reality. And each element of knowledge will still be just as firmly secured by direct acquaintance. I would submit that any objection to a philosophical theory which can be avoided without revising the theory simply by using different words qualifies as being insignificant. Consequently, while I appreciate Knapp’s attempt to offer a thoughtful objection to my epistemology, I think it ultimately reduces to a game of semantics. And while the correspondence theorist is able to play that game and indeed, in my opinion, to win it, I would urge Knapp to find a more serious objection upon which to base his rejection of autonomous epistemology.

Can Correspondence Theory be Defended?

I take the objections to other theories of truth to be decisive. Of course, the possibility always remains that someone may propose a coherent alternative. But this possibility doesn’t disturb me since, as I have argued, we may simply substitute the word “truth” for “correspondence with reality” and nothing about this inhibits either the correspondence theory or the theory of direct acquaintance.

Chris Bolt’s response to me: https://www.youtube.com/watch?v=3V3kIRZmOQo

My rejoinder to Bolt: https://www.youtube.com/watch?v=dZqgV8IK0ag