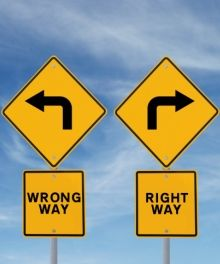 This blog post was originally posted on July 17th 2015. It was revised and expanded on August 30th 2019. Consider this as like the second edition of a book.
The Moral Argument For God’s Existence is a common argument Christian Apologists often make when atheists ask them for a reason to believe that God exists. The moral argument tries to show that if atheism were true, if there is no God, then good and evil really don’t exist. What is considered good and what is considered evil are social constructs that are apt to change. That is to say, they are subjective, not objective. However, objective moral values and duties really do exist! Things really are right and wrong.
Murder, for example, isn’t just something I don’t like. It is truly evil! But if objective morality cannot exist unless God exists, and yet we find that objective morality actually exists, it follows that God exists.
If you’ve never been exposed to this argument before, I advise you to first read an older blog post I wrote titled “The Moral Argument For God’s Existence”. In my blog post “The Moral Argument For God’s Existence” I do my best to defend both premises of the argument. In this blog post, however, I will be responding to objections to the first premise, namely that God is needed for morality to be objective.

Objection 1: So, you’re saying I need to believe in God to be a good person!? How dare you say that atheists are bad people!

Objection 2: But God carried out many atrocities in the Old Testament. He ordered the genocide of the Canaanites. How could he be the standard of morality if He’s evil?

First of all, this objection is irrelevant to The Moral Argument For God’s Existence. The Moral Argument is an argument of Natural Theology. Natural Theology argues for God’s existence without making any appeals to scripture whatsoever. So, if scripture is not used to argue for God’s existence on the part of the theist, why should the detractor get to use scripture to argue against the validity of the argument? We could say that God never really told the Israelites to exterminate the Canaanites and some of the other so-called harsh things mentioned in The Old Testament. If we did that, then no objection to God being the grounds of morality would remain, would it?

The famous atheist Richard Dawkins wrote: “It is pretty hard to defend absolutist morals on grounds other than religious ones.”1

Julian Baggini wrote  “If there is no single moral authority [i.e. no God] we have to in some sense ‘create’ values for ourselves … [and] that means that moral claims are not true or false… you may disagree with me but you cannot say I have made a factual error.”2

As you can see, these stories in the Old Testament have no bearing on the truth of The Moral Argument’s first premise. Can you imagine trying to refute Julian Baggini or Richard Dawkins by pointing to stories in The Bible? Given that many atheists agree with premise 1, it seems this objection is devoid of force.

However, I don’t think God was wrong in exterminating the Canaanites, and I’m not willing to throw out biblical inerrancy by denying that God really told them to destroy them. However, whether or not God’s actions towards the Canaanites (or others) were justified can be left as an open question for later inquiry. By the way, I wrote a blog post about this called “Is God Evil For Ordering The Destructions Of Nations In The Old Testament?” Check it out at some point to see why I believe God was justified in destroying the Canaanites. For the Canaanite objection as well as others, I recommend checking out Paul Copan’s book Is God A Moral Monster?

Objection 3: Human Flourishing Is The Standard

Let me make it clear that I agree that the flourishing of humanity is objectively good. What I’m saying is that atheism cannot adequately account for that fact. However, if God exists and created humanity on purpose and for the specific purpose to know, love, and enjoy a relationship with Himself and each other, then it makes sense to say that it is objectively true for humanity to flourish.

Objection 4: Is something good because God wills it, or does God will something because it is good?

This question is known as Euthyphro’s Dilemma. The Euthyphro Dilemma is named after a character in one of Plato’s dialogues called Euthyphro. When an objector raises this dilemma, they’ll say something like “Is something good just because God wills it, or does God will something because it is good?” The argument here is that neither option can be accepted.

If something is good merely because God commands it, that seems to be a case of might makes right. God could have willed all sorts of things we know are evil, but then we’d be obligated to do them. That doesn’t seem right.

The other horn is also unacceptable. For if God wills something because it is good, then that means that goodness is independent of God, and in fact seems to hold God to a standard higher than Himself. The good is some standard apart from God. That would render the moral argument flawed because God would no longer be required for objective morality to exist. The first premise would be false.

Is The Moral Argument doomed? No. For Euthyphro’s Dilemma commits a logical fallacy known as the false dichotomy. There is a third option. God does not will something because it is good, but neither does something become good merely because God wills it, rather something is good because God Himself is good. God’s very nature is the standard that defines what is good and what is evil, and His commandments to us reflect His moral nature.

The Greek philosopher Plato thought that good and evil existed as abstract objects, just ideas that simply exist.  Both good and evil exist just like mathematical truths, mathematical objects, musical notes, and other abstract objects do. I find this idea as bizarre as a three-headed polar bear juggling Game Boys and hopefully you do too. In fact, I find that there are three problems with this view that render it absurd.

The unintelligibility of this view is the first problem. What does it mean to say that “kindness” just exists? It makes sense to say that a person is kind, but if the universe didn’t contain any people whatsoever, how could kindness continue to exist? How could kindness exist in a world with nothing but inanimate objects; rocks, planets, stars, trees, and so forth? Likewise, I can understand a man who says “So and so is merciful” but in a universe devoid of persons, how could mercy still exist? Can a tree be merciful to a rock and vice versa? Is a drop of water going to be merciful to a small flame by not putting it out? Can a flower exercise the virtue of patience in waiting for rain amidst a drought? Morals seem to be the properties of persons, and in the absence of persons, it’s very hard to explain how morals could just exist.

Secondly, even if this view could somehow solve the grounding problem for moral values, it still would not give proper grounds for moral duties. Even if love, kindness, and patience just existed on their own, on the platonic form view, moral vices like hatred, cruelty, and impatience also just exist. But why should I align my life to the set of morals that contain love, kindness, and patience instead of the other set of morals that contain hatred, cruelty, and impatience? Why am I obligated to form my life to go with one set instead of the other? Even if morals were just real on their own, this view doesn’t seem to answer the question of why one ought to adhere to one and avoid the other.

Thirdly, it defies the odds that the creatures who just so happened to climb out of the primordial soup just so happened to conform their lives to the right moral values rather than the erroneous ones. This is astonishing! Why didn’t the primordial soup produce different creatures who valued morally abominable things? The skeptic might say “Well, they serve to promote survival”. The problem with this response is that some things we find morally abominable can be practical in the struggle for survival. For example, adultery can help the human race if it produces more progeny, and thievery can aid survival if you’re dying of hunger and steal food from a market. Yet we believe adultery and theft are morally wrong. Yet homosapiens’ moral beliefs aligned with the platonic form of adultery-is-wrongness and thievery-is-wrongness.

It seems more credible to me that objective moral values and duties are grounded in a Supreme Being rather than just existing as abstract objects as they do on the platonic form view.

3: The FreeThinking Podcast can be found at FreeThinkingMinistries.com → http://freethinkingministries.com/free-thinking-podcasts/ Tim Stratton and Scott Olson took 4 episodes to cover The Moral Argument, and I can’t remember which episode Stratton talked about Sam Harris’ Human Flourishing hypothesis, but I know it was episode 8, 9, 10, or 11.

4: This quote was attributed to Jonas Salk; however, I cannot find the source. Be that as it may, some people actually believe it is better for insects to flourish than it is for humans to flourish. Click the following URL to view a paper comparing humans to parasites and cancer. — https://www.int-res.com/articles/esep2014/14/e014p007.pdf

Q&A: The Moral Argument, Moral Relativism, and Perfect Being Theology

The Moral Argument For God’s Existence