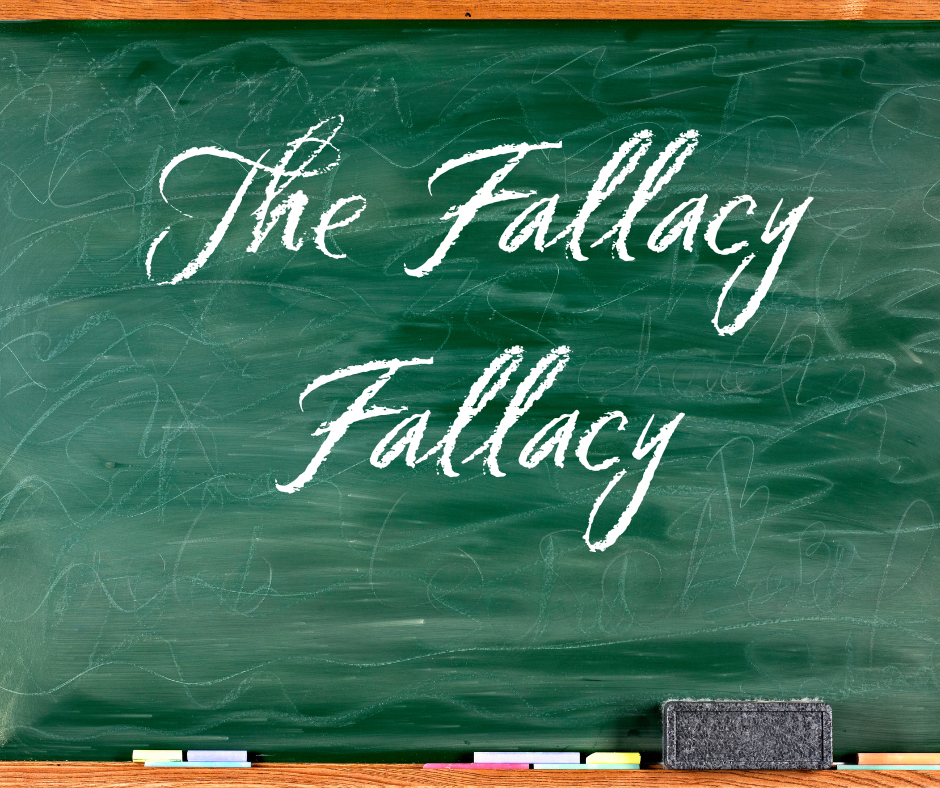 This is part 24 of a series I’m writing on logical fallacies.We’ve looked at 23 different informal fallacies up until this point. There are many more kinds of informal fallacies than the ones I’ve talked about in this series, but I haven’t really encountered any of them during my debates with atheists, agnostics, or other Christians (on in-house issues), and as already stated, I wanted to look at the most common fallacies that often appear in the context of Christian Apologetics. This is for 2 reasons: (1) to stay true to the theme of this blog. (2) To give some actual examples of these fallacies in the context of religious debates so that my Christian readers can be on the lookout for them.

For example, consider this argument for the existence of God.

This argument is a bad argument. The logic is sound; it take the form disjunctive syllogism. However, the first premise is flawed because God’s existence cannot be inferred from whatever substance the moon is made of. The moon could be made of just about anything, and God would either exist or not exist. The fact that you concluded that the moon is made of green cheese doesn’t entail that God exists. This is a very illogical argument for the existence of God, but that doesn’t mean we should conclude God doesn’t exist, should we? No! All we should conclude is that this argument fails to justify belief in God. Belief in God is justified by other arguments, such as The Kalam Cosmological Argument, The Fine Tuning Argument, and The Ontological Argument and several others. One would be committing The Fallacy Fallacy if they concluded that God does not exist on the basis that The Cheesy Moon Argument for God’s existence is fallacious. You can argue for a true conclusion with a bad argument.

Some Christians get a little too carried away with archeological support for biblical narratives, concluding that these pieces of evidence prove The Bible is divinely inspired, inerrant, and 100% true. This isn’t necessarily the case. Just because some things in The Bible are true, doesn’t mean the whole Bible is true. Archeological evidence only goes to show that The Bible is historically reliable, and that its narratives have a basis in history rather than being fabricated whole cloth.

Now, don’t get me wrong. I do believe The Bible is divinely inspired and inerrant. I believe all of it is true. I just don’t think laying out a few pieces of extra biblical evidence from archeology or secular historical documents prove that. Archeological and other extra biblical evidence shows The Bible is founded on historical events and maybe even reliable documents, but it doesn’t go so far as to prove divine inspiration or inerrancy. This is what Tom pointed out to Jim in the example above. Tom was right in that regard, but he erred in concluding that The Bible isn’t inspired on the basis that Jim overstated his conclusion.

Jim would have done better in other arguments for inspiration, such as that The God of Natural Theology and the God of The Bible are identical, that Jesus claimed to be God and rose from the dead, and therefore His opinion that the Old Testament is divinely inspired carries a lot of weight. He could have pointed out several instances of fulfilled prophesy. He could have pointed out striking parallels between the order of events in Genesis and the order of events secular science lays out in the origin of the world. All of these would have powerful arguments for the inspiration of scripture, rather than merely its historical reliability. I lay these reasons out in “5 Reasons To Believe The Bible Is Divinely Inspired”.


That does it for today’s blog post. Come back to Cerebral Faith tomorrow to read about another logical fallacy.