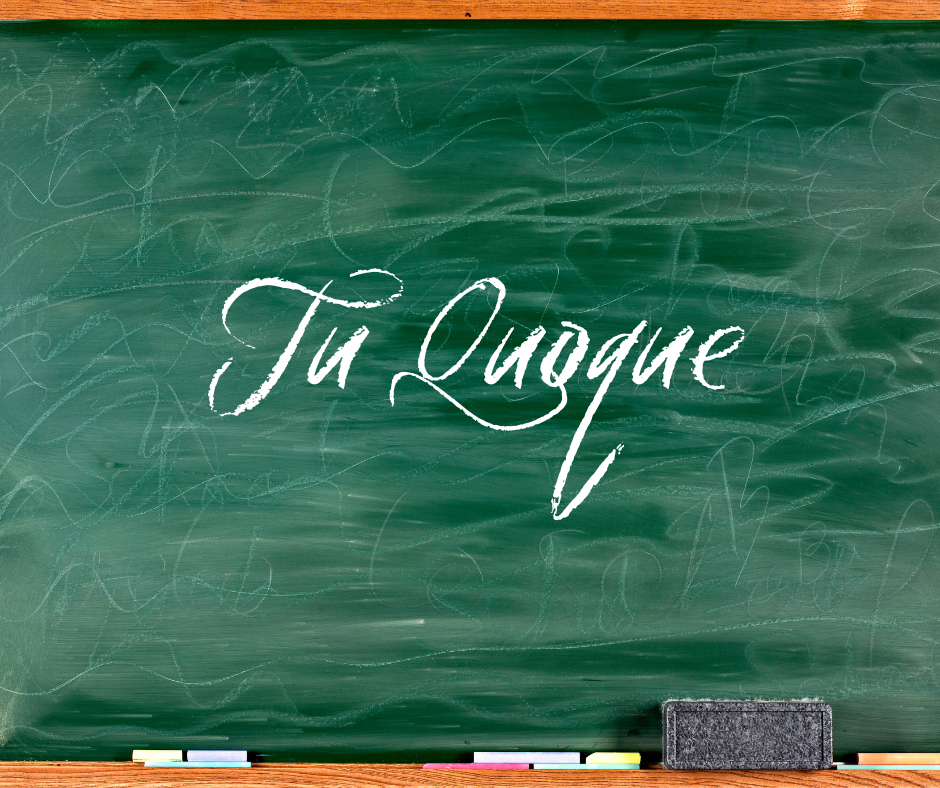 This is part 17 in a series I’m writing on logical fallacies. A logical fallacy is when someone makes a mistake in reasoning. Fallacies come in 2 types; formal and informal. So far, we’ve gone through informal fallacies. I’ll address just a few more of them and then I’ll move on to formal fallacies. Formal fallacies are committed when the form of the argument is logically invalid; that is to say, when it doesn’t follow any of the 9 rules of logic (e.g modus ponens, modus tollens, hypothetical syllogism, disjunctive syllogism, etc.). Informal fallacies, by contrast, are committed when the content of the argument is logically fallacious. For example, an argument may follow the rules of logic, but the conclusion still be unjustified because a fallacy is located in the content of the argument. Perhaps one of the premises attacked the opponent instead of the issue, or perhaps one word stated in different premises take on different definitions of the word.

We’ve looked at many logical fallacies in this series so far. Today, I’ll be talking about….

Examples Of The Tu Quoque Fallacy

One of the biggest reasons I reject Calvinism is because their view of divine determinism logically entails an extremely ugly conclusion about God, a view not only repugnant, but logically impossible. Before I talk about the fallacy some determinists commit in responding to my argument, let me summarize the argument for you briefly. Divine Determinism is the view that everything that happens happened because God decreed it to happen. God caused it to happen. Every feeling, thought, and action by every single human being who has ever lived, is living, and ever will live, was, will be, and is causally determined by God. But if this is true, then that means that every sin ever committed was caused by God. If God causally determines people to sin, then that entails that He is responsible for their sin. After all, a cause is responsible for its effect. Universal Divine Determinism entails a God who is the ultimate sinner!

And if that weren’t bad enough, this God punishes people for all eternity for the sins that He causally determined them to commit! God determines people to do evil, and them torments them in Hell for all eternity for the sins that He made them commit! Calvinism teaches that Jesus only died for a certain select few individuals and that God only sends grace to those individuals (i.e the elect). The rest are sent to Hell. While I have no philosophical objections [1]only scriptural ones to a God who wouldn’t want to save everyone — because God isn’t obligated to save anyone — I do have a problem with a god who would punish people for sins He made them commit. What would you think if a parent grabbed the hand of his child and made it reach out and slap another child, and the parent then proceeded to spank the child in punishment? We’d think that parent was not only unjust, but mentally ill. We’d realize the parent was to blame for the other child getting slapped, not the child who’s hand was inevitably wrought to slap the child by the parent.

How can God hold people accountable for their sins if He is the reason they committed those sins in the first place? How can you blame someone for an action if you are the reason they committed that action, and if they would have done otherwise if you had only determined them to do otherwise? How can human beings be truly responsible for what they do if they had no control over what they do? Determinism makes the courtroom of God a joke. It makes God into the ultimate sinner in the universe and also cruel and crooked judge. This is logically impossible as God isn’t just good, but necessarily good (see The Ontological and Moral Arguments). It is logically impossible for God to be morally evil.

However, I learned a few weeks ago that even if you’re a Calvinist who’s willing to assert in the face of common sense that God would be good even if He caused evil, that leads into another problem; namely that there’s no such thing as sin in the world. See here for an explanation of that. So that you’re either faced with the heretical assertion that God is evil, or the heretical assertion that there’s no such thing as sin. In the former, God’s goodness is sacrificed, in the latter, man’s evilness is sacrificed. After all, sin has traditionally been defined by theologians as that which is against God’s will. With that definition of sin in mind, read the words of Thomas Taylor contained in the hyperlink above. The point is that either both God and man are sinners, or neither are, if divine determinism is true. That may seem like a “heads I win, tails you lose” kind of tactic, but that’s the way reality is sometimes.

Calvinists have a handful of responses to this, none of which are even the slightest bit satisfying, but one response is one that commits the tu tuquoque fallacy is when they respond “Well, Arminianism’s/Molinism’s God is just as guilty then, since He created the world knowing in advance that people would do evil things, and He doesn’t do anything to stop them!” They turn the criticism off of their view and turn it on mine instead. They don’t address the overwhelmingly obvious problems with their view of providence, but instead say, essentially “Well, this is a problem for you too.”

In avoiding to address the argument that determinism renders God the root of all evil, The Calvinists commit the tu quoque fallacy by saying “Well, if He knows it’s going to happen and he doesn’t stop it, wouldn’t be just as culpable if He caused it?”.

Another Example:
Jimmy saw Bob living in all sorts of sin. He went to strip clubs every Saturday, he watched pornography, and would occasionally show up to Church drunk. Concerned, Jimmy went to Bob one day after church services were over and rebuked him for his immoral life style. Bob responded “You can’t judge me! We all have sinful habits! I heard you take The Lord’s name in vein yesterday when you accidentally hit your thumb with a hammer!”

Bob committed the tu quoque fallacy because instead of acknowledging that he had purposefully been living in sin lately and needed to repent, he shifted the criticism onto Jimmy. He changed the subject to avoid having to deal with his own sinfulness.