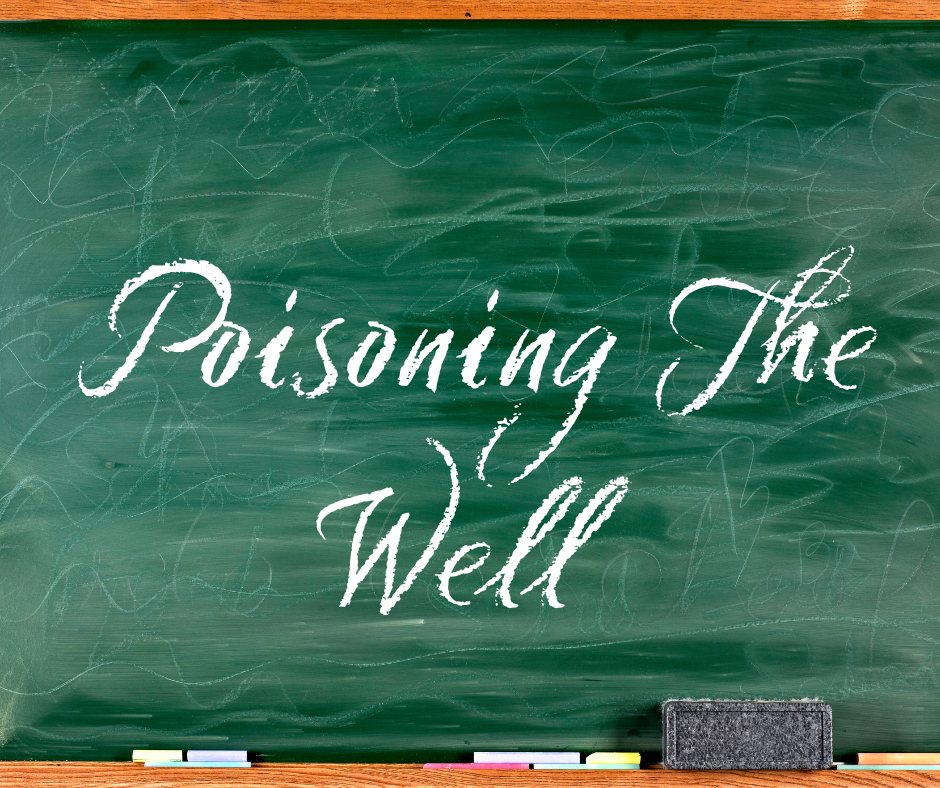 This is part 6 in a series on logical fallacies that I’m doing. A logical fallacy is a mistake made in the process of reasoning and argument formulation. Fallacies come in 2 types; formal and informal. Formal fallacies are made in the logical form of an argument. They’re made when the argument doesn’t follow any of the rules of logic (e.g modus ponens, modus tollens, hypothetical syllogism, disjunctive syllogism, etc.). When an argument doesn’t follow one of the rules of logic, the argument becomes a non sequitur. A non sequitur is an argument with a conclusion that doesn’t follow from the initial premises. This is known as a logically invalid argument. All of the premises can be true, but the conclusion can still be denied. An informal fallacy, by contrast, is when the content within the argument is wrong. It may have true premises and valid logic, but the conclusion still be an unwarranted inference because an informal fallacy was present in the argument. One example of this was given in part 2. I gave a syllogism arguing that God was Chinese. The argument’s form was logically valid and had true premises, but the conclusion was unwarranted because the argument committed an informal fallacy called equivocation. It equivocated on the word “everything” (i.e the word took on one definition in the first premise, but a different definition in the second).

In this series so far, we’ve been looking at informal fallacies like that one. I won’t talk about informal fallacies until we’ve gone through all of the informal ones at first (or at least the ones most often committed in apologetic discussions with skeptics of Christianity). In the previous blog post, I talked about The Red Herring Fallacy. In this blog post, I’ll be talking about…

The Poisoning The Well Fallacy

Poisoning The Well is a fallacy where adverse information about a target is preemptively presented to an audience, with the intention of discrediting or ridiculing everything that the target person is about to say. The name of this fallacy comes from an ancient war tactic of pouring poison into sources of fresh water before an invading army, to essentially kill off members of the invading army and thus, diminish their numbers, making them weaker and easier to defeat.

Examples Of Poisoning The Well

Sadly, one example of poisoning the well that I can think of comes from my fellow Christians. Young Earth Creationists (YECS) often set people against Old Earth Creationists (OECS) by painting them in the worst light imaginable! I’ve been called all sorts of names by Young Earth Creationists, “heretic”, “compromiser”, “man-pleaser”, “Bible Doubter”, “Someone who exalts man’s word over God’s Word”, “Eisegete”, and “Secularist”. I’ve been told that my view “undermines the gospel” because it allows animal death before the sin of Adam and Eve [1]it doesn’t, as Christ’s blood covering our sins has nothing to do with whether an animal died before human sin. I’ve been told that I make God out to be a liar! People hear OECs called these things by YECS and begin to think that they’re true. YECs depict the young earth view as the only biblical view one can take, and many exalt YEC so highly as to make it a test of orthodoxy!

It can be difficult to argue with them because they’ve been so heavily indoctrinated by militant YECs like Kent Hovind and Ken Ham into believing that everyone who believes the Genesis Yoms were a wee bit longer than 24 hours are heretics and scripture twisters who are only concerned with pandering to the secularists! How can any other creation model even get a fair hearing when we’ve been slandered so heavily for so long? Worse yet, some Christians can be deterred into looking into excellent apologetic resources because they’re told by their pastors and other YECs to avoid anything written by OECs. This means they won’t drink from the well of great apologists like William Lane Craig, Lee Strobel, Frank Turek, or Norman Geisler. Even though these writers scarcely defend the old earth position and are primarily concerned with establishing the truth of Christianity and refuting objections by skeptics, their writings will be avoided by sincere yet misguided Christians because they’ve been taught to avoid OEC writings like the plague.

I can only wonder how many Christians have come onto this site looking for answers to atheist objections only to find out that I’m OEC and then be like “Nope.” and move right on to another website.

The age of the Earth is not an essential issue. It’s not like The Trinity, or the Deity Of Christ, or the resurrection of Christ, or the second coming of Christ, or sola fide. The age of the Earth is a secondary theological issue like the Arminianism/Calvinism debate and the debate on the rapture’s timing. Getting it wrong on these issues doe not make one less of a Christian, less saved, or less pious than the one who got it right. Nevertheless, I’m made to feel like a second rate believer by angry, dogmatic YECs. I am –along with my fellow old earthers —  demonized!

The Poisoning The Well fallacy tries to discredit what a person might later claim by presenting unfavorable information about the person. If you spend enough time on YEC websites, it won’t take you long to discover that this is exactly the kind of thing that they do.

Another Example: “You can’t believe James White’s arguments
against KJV-onlyism. He’s a Calvinist!” ––

If someone said this to me, I would respond with something like “Well, yeah, and he’s very wrong in that area. However, just because someone is wrong in one area doesn’t mean they’re wrong in another. We should examine White’s arguments against KJV Onlyism to see if they’re good rather than dismiss them because they came from a Calvinist.”

Another Example: “Bill claims that gay marriage is wrong, but can we really take Bill as an expert on these matters since he’s been divorced twice?”

The person in this example is trying to discredit his opponent’s arguments against same sex unions by pointing out his history of divorce. Now, regardless of whether or not it’s true, it’s irrelevant to the discussion. Again, arguments are not tied to the people giving them. If his arguments against same sex unions are sound, they would be sound regardless of who gave them. Nevertheless, the audience is now primed to be more favorable to Bill’s opponent than Bill.

Conclusion
That does it for this week’s logical fallacy. Come back to Cerebral Faith tomorrow to read about another one. It’s important that we, as Christians, recognize bad reasoning when it comes our way. Many people are being talked out of their faith by people who use bad reasoning. If you can spot the fallacy, you can refute the argument, and thus negate the conclusion.
Liked it? Take a second to support Evan Minton on Patreon!